SWTOR - Thoughts of a Politician 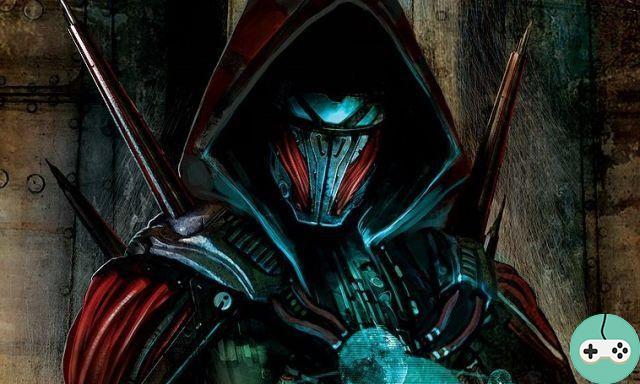 At the top of the Empire is the Black Council. In the absence of the Emperor, it is these twelve members who lead. Twelve when they are complete. Officially, there is no hierarchy between them, but the struggles of the network of influence between them allow dominants to emerge. The one in the most prominent position right now is Darth Marr, someone very secretive, whom little is known about in his life. And the passages that we know make him a particularly atypical Sith lord. 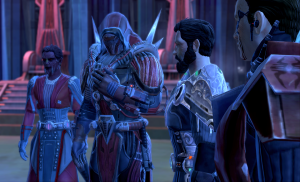 The future Darth Marr was born in 49 before the Treaty of Coruscant, which makes him 63 years old. He's a human, but his name, family and origins have been withheld. Those in the know keep all their lips sealed. He followed the training of a Sith warrior, and the path of the Ravager. A formidable fighter, he is also deeply immersed in the Dark side. But he would have disfigured him, which is why he always hides his face behind his mask. A rumor even goes that a moff (named Xerxian) would have committed suicide three days after an interview where he saw this face. On Dromund Fels, one of the planets in the Imperial Capital System, he found the lightsaber of Tulak Hord, a former Dark Lord of the Sith. He immediately brought it to the Emperor Vitiate, thus entering the very closed circle of his personal servants and his cuties. It was the Emperor who appointed him Dark Marr and sponsored him to join the Dark Council. He was barely over twenty at the time. This favor was maintained for the years that followed, not all members of the Dark Council having access to the hidden fortress and the apartments of their leader. 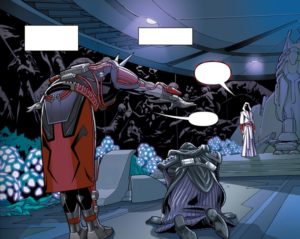 The young Darth Marr was therefore appointed to head the Empire's Defense Sphere, one of the three seats of the Black Council leading the army and the imperial fleet. The name of its function seems to indicate a defensive area but it is nowhere near that simple. A so-called "preemptive attack" campaign can just as easily conquer new territory. Of course, each of the twelve members of the Council has its own fleet and army, most having previously served in the military hierarchy. And they can take initiatives without referring to their equals. But for the unaffiliated majority, it is divided according to the needs of the moment between Defense of the Empire, Military Crimes (translation present in the game, but the vo can also be understood as Military Offensives) and Military Strategy. Young Darth Marr proved to be a gifted strategist, who was made even more formidable by experience. The Great Galactic War, which saw the return of the Empire to Republican territories, began shortly after taking office. When it ended with the Treaty of Coruscant, he was one of the seven surviving Council members and a particularly honored leader. 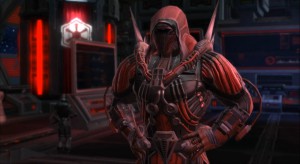 Dark Marr is one of the oldest members of the Dark Council. He saw new advisers take their places around him, die and be replaced. At the head of a particularly important Sphere, he is used to the political game played far in front of his comrades. New members are elected by their peers, and one needs the sponsorship of one of them to be a candidate only. He was therefore able to advance allies and clients, such as Dark Mekhis who was responsible for technology throughout the period of the Cold War. Or Darth Karrid, who held the same position between the events of Illum and Makeb. There were also failures and disappointments. For example, he doesn't get along well with Dark Ravage of the Sphere of Expansion and Diplomacy, whom he deems too aggressive and selfish. He also placed subordinates in key positions in the imperial hierarchy. For example, his former apprentice Dark Lachris was the last governor of Balmora before the Republican reconquest. The resumption of hostilities was even very profitable for him politically since the Spheres of Military Crimes and Military Strategy were beheaded before the end of the Battle of Corellia. Positions can be replaced, but reputations and prestige are not inherited. Darth Marr is the Empire's greatest military leader, and in this time of war that makes him its most important leader. Perhaps even the most important figure in the regime since a Jedi Knight raid put the Emperor out of the game. 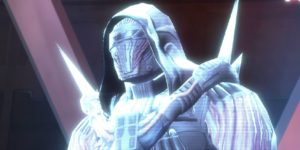 The Emperor's disappearance led to rebellions from Darth Malgus and the Dreadmasters. As a strategist, Darth Marr knows the value of unity. But if this one disappears ... Until now it was embodied and defined by faith in their supreme leader. Who is no longer. We have to find another way to ensure cohesion. The head of the Empire's Defense Sphere sought to bring people together better, not hesitating to welcome survivors of Malgus' army into his own or to support one of his former apprentices for a seat on the Dark Council (Dark Karrid). The case of Darth Baras and the Emperor's Voice, which had made him believe he had been replaced as the favorite, had already left a rift. He began to go further and in thought reached betrayal: the Empire is more important than Vitiate himself. This is now his mantra and his cause. To save his faction, which he has fought for all his life and which he doesn't even imagine leading politically, he struggles to find new meaning in it. He who finds that his fellow advisers and by extension the majority of the Sith think too much of them and their power and not enough of the good of the majority. For this, he seeks to attract the favor of special elements such as the Mandalorian who won the last Great Hunt, an important agent of the former Imperial Secret Services, the Emperor's Last Fury or the new head of the Sphere. of Imperial Knowledge. And with such converted force at his service, he will be able to defend his views against his opponents. Including other former cuties of the Emperor or even Vitiate in person if he intervenes.

Audio Video SWTOR - Thoughts of a Politician
SOS Studios: a look back at successes ❯

Sorry, James - In the shoes of a hacker

SWTOR - The first steps of a healer in BG

add a comment of SWTOR - Thoughts of a Politician