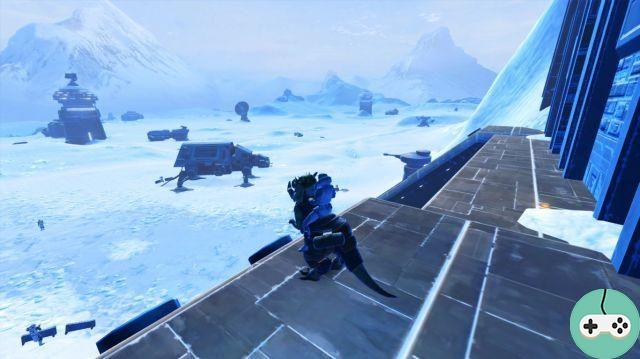 The Galactic Hackers Guild invites you to a wild PvP event on Hoth on October 27, on The Red Eclipse server: "Song of the Cosmos".

"Captain?
- Yeah?
- You know we recruited some Jedi renegades aboard our pirate ship, right?
- Yeah, they come in handy in some situations. And they're cheap, these fools.
- Well ... One of them got it into his head to make a pilgrimage to Hoth.
- Great good for him.
- He convinced 3 other of our renegade Jedi to go with him.
- Cool.
- They will leave the Aurek base and join the datacron of the space cemetery.
- The 3-minute speeder case, okay. We will need them in the evening to treat and protect our shooters. Let them not hang around on the way!
- Uh ... Well precisely ... The Jedi behind this project insisted that the trip be made ... without using the existing infrastructure ...
- Pardon?
- They will make the trip in tauntaun, captain ...
- EH ???
- The Jedi claims that this is a journey like no other, and that the speeder ride prevents gaining genuine knowledge from this pilgrimage.
- An authentic co ... What a bunch of crazy people ...
- He claims to be looking for what he calls the Song of the Cosmos...
- The song of the co ...
- Yes, the Cosmos sings ...
- Do you f ...!
- He's looking for some kind of message, and thinks Hoth's Wind, Hoth's Snow, Hoth's Fauna, Hoth's Precipices, Hoth's people, little-known trails, wrecks despised for years. years it all carries a genuine message, and crossing the area in 3 minutes is no way for a genuine Jedi to achieve true revelation.
- They will be spotted by authentic imperial forces and authentically vaporized by forces superior in number ...
- The Jedi asked me to ask for an escort, Captain ...
- I strictly forbid all our pirates to participate in such a suicidal excursion! Let those damn Jedis manage!
- If I may, we have an ex-ranger from Hoth among our guys ... He knows the planet like the back of his hand ...
- NOTHING TO DO! IF I SEE A GALACTIC HACKER ON HOTH HE WILL BE ENTITLED TO SUPPLICE FROM SAS! "

4 non-stealthy Jedi (Scholar / Guardian / Sentinel) more or less well escorted leave from the cantina of the Aurek base ... 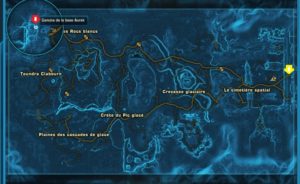 ... and must reach the datacron located in the space cemetery (east of the Hoth map) ...

... and can be activated using an item called "Datacron exhausted".

One of these 4 Jedi is already in possession of this 'Exhausted Datacron' item at the start of the event in the cantina at Aurek base. 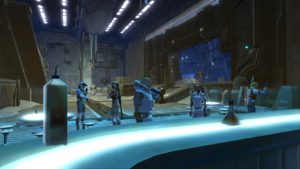 These 4 Jedi must make their journey WITHOUT USING A TAXI OR TELEPORTATION. They have the right to use mounts. 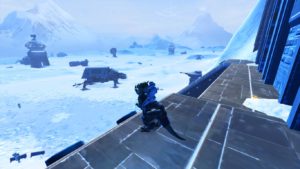 When one of these 4 Jedi is killed by an Imperial or dies in some way (fall, NPC), his participation in the event is over, he no longer has the right to return to combat with this character.

If any of the 4 Jedi survive their journey through Hoth and manage to activate the datacron, the Republic has won, the Empire has lost.

If all 4 Jedi are killed, the Empire wins, the Republic loses.