SWTOR - Zakuul and the Force 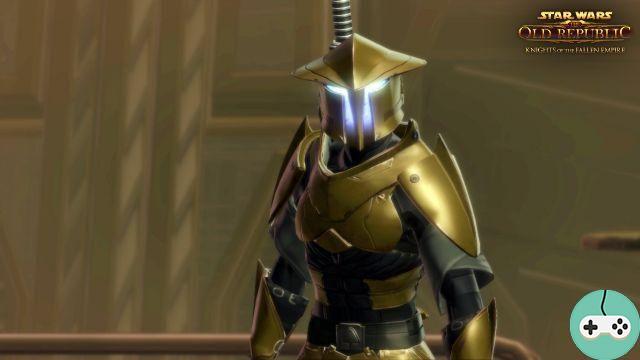 The first image we had of Zakuul's Empire is this army of Force users headed by the two sons of Emperor Valkorion. Fighters armed with sabers and laser pikes. Their victories over the Jedi and Sith of the two galactic powers of the time show their might. But on Zakuul, this is just one of the orders of Force users present on the planet. Users who take a much more important place in the organization and the life of this Empire. Even though the Sith hold power at home, it is nowhere near as widespread. Strength is a powerful given during the reign of Eternal Emperor Valkorion. 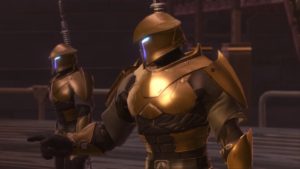 The Knights of Zakuul, headed by paladins and exarchs, are the Emperor's armed wing. They are the elite of his soldiers, his commanders. But inside, they also form the most powerful stratum of the police. They are even authorized to make irrevocable judgments. One of them is usually enough to hunt down and eliminate groups of traitors. They can also certainly be found in special missions such as espionage. Finally, the last of the roles assigned to them is that of bodyguards of the imperial family. The army which attacked the outposts of the Republic and the Sith Empire being led by the two sons of Valkorion, one can wonder their exact role in their hierarchy. However, the value they cherish most has nothing to do with the Imperial Family. It is Justice. So from this point of view, they look more like gray Jedi than black Jedi. 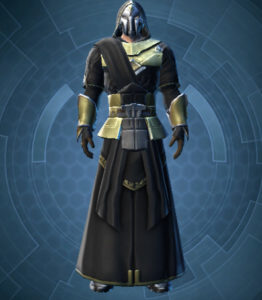 The other great order on which the Eternal Emperor Valkorion relies is that of the Descendants of Zakuul. Their leader, Heskal, is one of his advisers. They are seers, diviners. They almost revere these destinies which they see in their visions. Moreover, the main religion of the Empire of Zakuul has Destiny as its divinity. For the descendants, whatever they see will happen. There is no point in fighting to prevent it. If their visions tell them that they are going to betray, they will gladly comply. And use their visions as justifications when asked to explain themselves. However, the current position of the Descendants is complicated. Prince Arcann does not believe in the irremediable nature of Destiny. He believes that anyone can forge their own. The religious controversy with Heskal turned into political opposition. 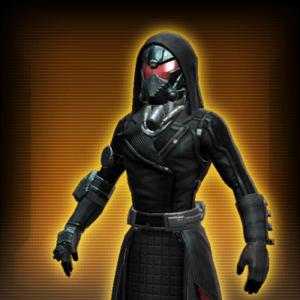 But the followers of the Force present on Zakuul are not obliged to join one of the two orders supporting the government. Many of them are free and independent. Several groups have organized themselves. In the depths of the planet, undoubtedly the most powerful is the cult of the Herald of Zildrog. These adepts worship an ancient dragon, which most locals now regard as a bogeyman. But they take it very seriously. They claim that he will come to destroy their world and prepare for his arrival under the leadership of their leader the Exalted. Maybe they are just common low-level criminals. But they still represent Zakuul's most important mafia, too powerful to be crushed and with whom unfortunately must be dealt with.

add a comment of SWTOR - Zakuul and the Force