SWTOR - Ziost, the other world of the Sith 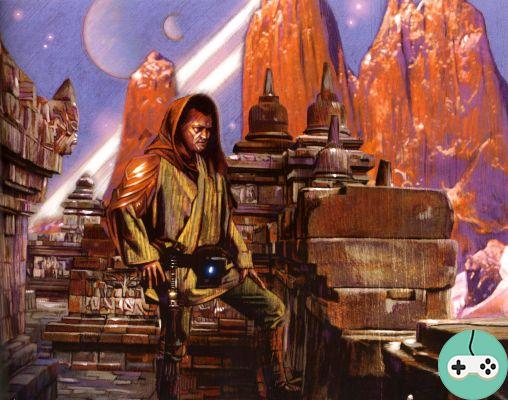 If one thinks of a Sith world, the first that comes to mind is Korriban. The Valley of the Dark Lords bears witness, and always will demonstrate, the power of those who were buried here. If one is an imperial, one will quote in second Dromund Kaas. Because it is the capital of the Empire since it was rebuilt there. But this is nationalist pride. If we had to make a ranking of the worlds most linked to the Sith, Ziost would take second place. For its historical and political role, and this over a period much longer than the millennium of the imperial capital. As far back as Sith mythology can be traced, this world does indeed still have its place. 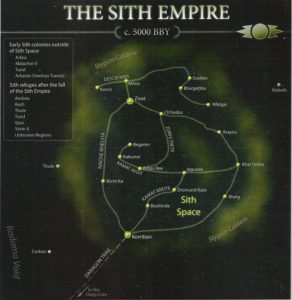 The first expansion of the Sith territories took place during the reign of the mythical King Adas, the first ruler recognized by Sith legends. He notably chased the rakatas out of their sector (and used certain technologies and coordinated to reach other neighboring worlds). It was at this time that Ziost was conquered. But it took many decades for it to become more than just a new possession. Adas' successors became mired in civil wars to the point that the decision was made to move the capital out of Korriban's homeworld. Ziost was chosen, and it is here that the most powerful followers of the Dark side of this people gathered. But civil wars continued, with each generation. The species was weakening. It was finally decided to abandon the colonies. Their capital was one of the last planets left to refocus on Korriban. But the measure was only temporary. 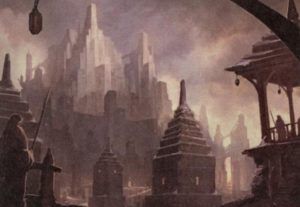 The second expansion of the Sith territories came with the seizure of power over Korriban from Jedi exiles. They had lost a war in which they wanted to take power in the Republic. Their appetites had not been diminished by their defeat, and settling for a single isolated planet was not enough for them. To better blend in with the people and their leaders, they learned the local myths. And as soon as they took power, they set out to reconquer the main abandoned worlds. Ziost once again became the capital of what was now the Sith Empire, and which was the period in history when the Sith Order was most powerful. The Lord of Ziost was the Dark Lord of the Sith, ruler of the Empire. It was also here that the Council of the most influential lords met, subservient only to the Dark Lord. Korriban was no more than a necropolis where the greatest were buried. And this until the Great Hyperspace War and therefore the end of this version of the Empire. 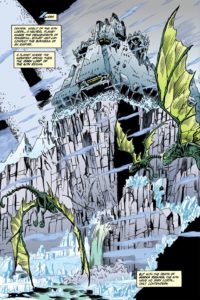 The defeat in the Great Hyperspace War dealt a fatal blow to the major Sith worlds. Once identified, they were deemed too dangerous for the Republic and the Jedi to leave them unattended. The worlds where the Sith survived and sometimes prospered were insignificant worlds if not off the galactic maps of the time. Like Dromund Kaas. During the millennium that followed, several worlds where Sith had taken refuge were identified. And fighting prevented them from spreading. Only Exar Kun managed to lead a conflict on a galactic scale, but he didn't take much interest in Ziost. Korriban and the knowledge of the ghosts who stayed there, yes. But the former political capital was not a priority objective. It might have been later, once the conquests were well advanced. But he died before. Only Darth Revan used Ziost in building his Sith Empire. He had made Korriban his main academy. And Ziost was renamed the political capital. But the power was with Revan and then with his apprentice Darth Malak. The real capital was therefore mobile and the planet only served as a half-abandoned mausoleum. 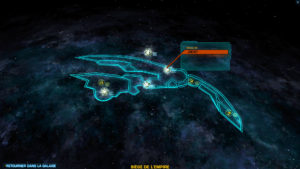 When the Empire emerged from Dromund Kaas to attack the Republic, its first target was Korriban. But Ziost quickly fell into his pocket. And immediately work began to make the planet one of the main worlds of the Empire. One of the three most important, which bears elements of capitals. On Korriban, it is the large academy forming the next ruling generations that has been moved. On Ziost, several ministries have taken place in new towns. The Minister of Logistics, for example, works from this planet and no longer from Dromund Kaas where he would be closer to the members of the Black Council. But Ziost is also the most crumbly of these three worlds. The involvement of Sith from other faiths around Korriban but not here has made Republican and Jedi oversight more relaxed here. And it was criminals of all stripes who took advantage, setting up their bases on the surface. It is a neighborhood with which the imperials must come to terms, with which they are in a position of strength but which also facilitates intrusions of Republican spies. 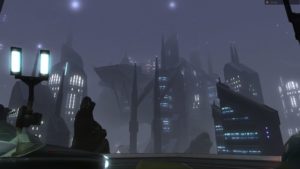 Ziost is an unhospitable planet, as the Sith like them. Snow falls there all year round, and covers the large forests on the surface. Trees struggle to grow and often appear crooked and misshapen. The ancient Sith lords loved to build their fortresses on the tops of frozen mountains. The current Empire is settling lower, but not necessarily in flatter areas. The number of powerful masters of the Dark side who have set foot on the planet has also influenced its alignment in the Force. Which makes his living conditions even more difficult. And attracts other followers of the same lifestyle to come and soak up this atmosphere. And if it distorts the flora, it also attacks the fauna where only the most powerful and the most dangerous creatures survive. A truly dangerous world, but the Sith love them like this. 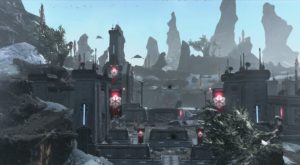 And since the events of Yavin IV, some strange events seem to have made Ziost more unstable than usual.

Add a comment from SWTOR - Ziost, the other world of the Sith