While traveling to Coruscant, your transport ship is attacked by the Empire, who thinks a terrorist is hiding there.

The very first Litigation Zone in the game, it is there to lay the foundations for group play. Scheduled for levels 10 to 13, it does not represent a considerable challenge, and it will not necessarily be mandatory to go with the type group (Tank + Healer + DPS), even if at least one Healer remains recommended. To get there, go to the "Depart for Coruscant" lift. You will find a Neimoidian NPC giving you access to the ZL.

You will therefore meet the Butcher of Coruscant, a Grand Moff whom you will meet several times later, who boards your ship to find a so-called terrorist there. As much to tell you right away, there will be a lot of dialogue!

A bonus mission will be given to you shortly after the first boss:

In the Imperial ship, you will find a mission with stages: 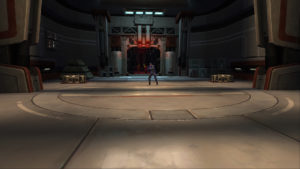 Small appetizer, for this boss, it is enough that the Tank places it back to the group (the group can be placed in the airlock behind the boss), so it will not take the damage of the avalanche of shots. As soon as the reinforcements are there, take them out quickly with Areas of Damage (AoE) if you have any. 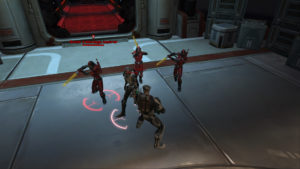 Shortly after, you will be faced with a difficult choice, namely to save technicians or to let them die. Know that the second solution you 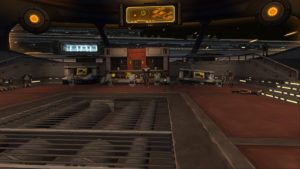 Arrived in the tractor beam generator room, you should be at the last step of the bonus mission, asking you to deactivate two consoles. It is imperative that you are two for that, the consoles are deactivated after a few seconds. You must therefore deactivate them in synchronization. 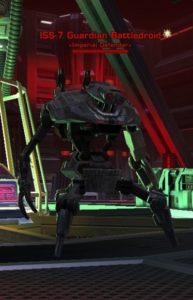 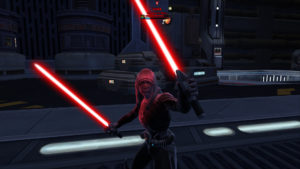 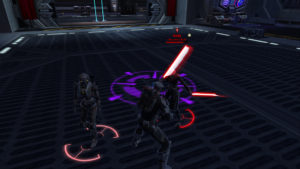