The Maelstrom Prison is the sequel to the first Taral V Flashpoint. With the Gree computer in your pocket, you can now go to the Maelstrom Nebula to free the Jedi prisoner held by the Emperor ...

To do this Flashpoint whether in Story or Hard mode, you will first need to do the quest "The Jedi Prisoner".

With the Gree computer in your pocket, you now have access to the Maelstrom Prison. Once your briefing with Master Oteg is finished, go to the shuttle to leave. This Flashpoint has a lot of enemies on the way and quite a few bosses, nothing special to know about the path except that like most of all Flashpoints you have bonus stage quests that will allow you to unlock a bonus boss (in Hard mode), so take the time to do them.

The bosses will follow one another very quickly, progress from point to point by facing everything that comes in to the prison security post. 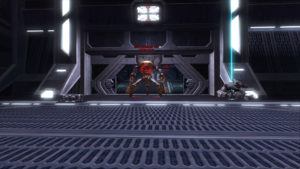 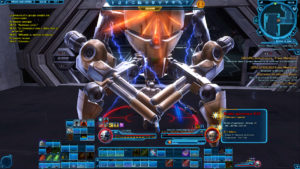 And it starts again from the beginning, the key to the fight is in the reactivity of the players to move away from the boss during Punishment, and in the healer who will have to quickly reassemble the players between each. 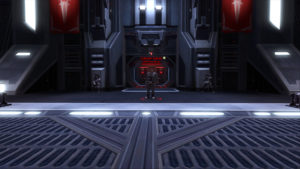 "Do you know Cyclops in X-men? Well that's him."

This is what I was given as an explanation when I made this boss, luckily I will go into the details, and you will understand!

First of all, he is accompanied by two friends (4 hp) who will have to be eliminated at first glance. Then comes the boss's turn. We can consider that it has two phases:

Not much to do other than deal damage to the boss. 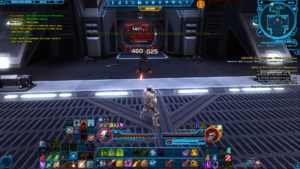 It gets a bit complicated. Indeed, a message, at 75 and 25% of his health, will warn you that Daksh has charged his optical beams. Which means that if you hang around in his field of vision, you will take full force of a beautiful burst of laser coming out of his eyes (you understand "Cyclops" now?). 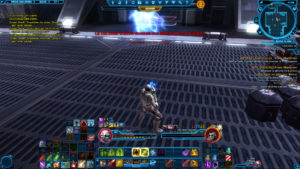 The technique generally used is to "kite" the boss (make him run), around the crates next to it, to prevent him from targeting one of the players. If the tank has aggro well, the DPS can still do some damage on it before being seen. This can help especially if you run out of DPS before the enrage. 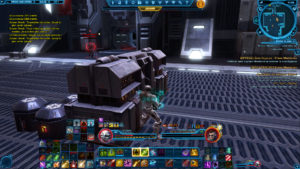 After your victory over the boss, go to the terminal to chat a bit with Kilran and Oteg, you will also have the choice between having the Republic Fleet withdrawn or sent to the pipe breaker (alignment). Now head to the heart of the prison, a small series of bosses awaits you. 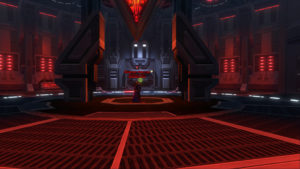 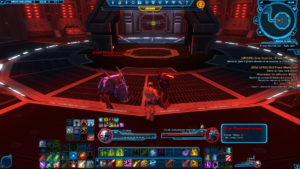 Not much to say in terms of strategy. Eliminate the dogs as you go so you don't get overwhelmed, the rest of the time, hurt Kancras. 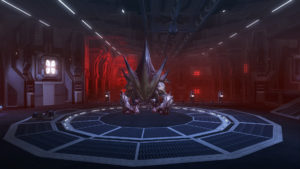 This boss has no ability per se. Above all, he'll send you flying to the other end of the room. To avoid certain death, therefore avoid placing your back to the void. 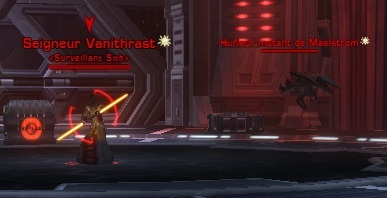 Another boss that is not very complicated, start by killing the Howler, move away from his rotary strikes. He will also from time to time a small sprint followed by a disappearance in the direction of a person then will give him a small deceitful blow in the back, the Tank will have to take back the boss at this moment. 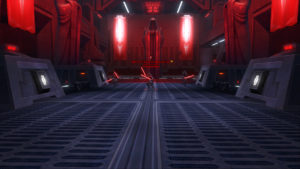 They don't look bad at first, they're only elites, you might think they're just trash. But be careful, they can be quite dangerous if you are not careful.

An advice ? Use the mark system to target the same, and kill them faster.

Once this small series of bosses has been defeated you finally arrive at the heart of the prison where your final boss awaits you. 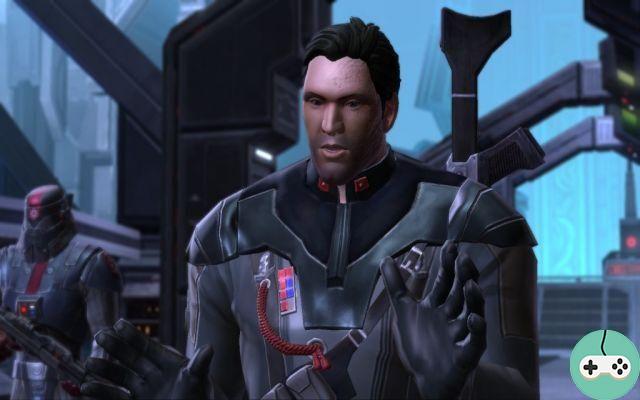 The fight will consist of three phases.

The first phase consists of eliminating the Butcher's bodyguards, then joining him in close combat while avoiding his Sniping. For this you can use the decor. 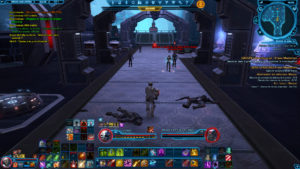 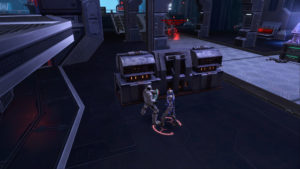 Once you get to him, inflict some damage on him, he will push you back, and the second phase begins, on the same principle. It will be necessary to eliminate the bodyguards that appear, then finally join him. 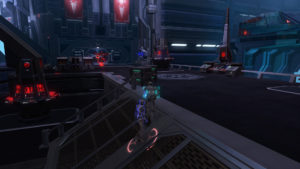 It will then be enough to reduce his life to zero to finish the fight. You can then enjoy the dialogue that follows, especially KOTOR players! 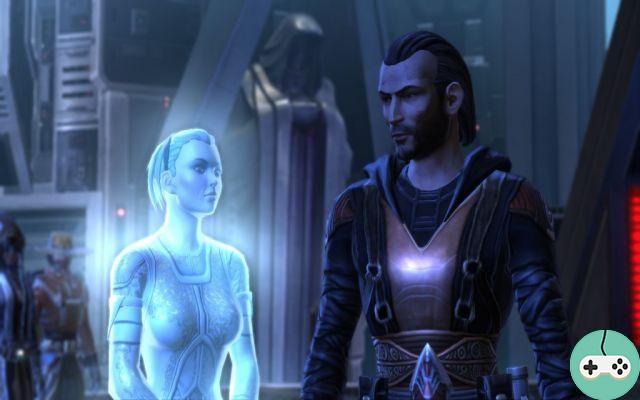