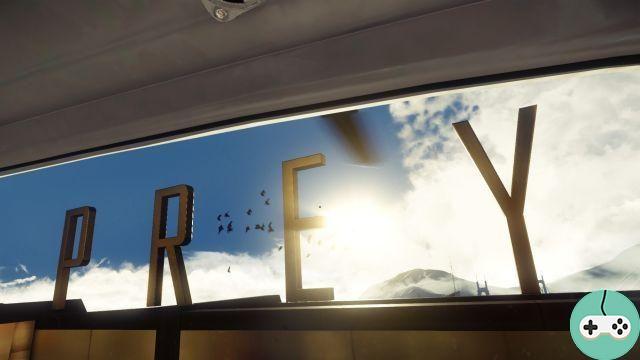 Finally ! The game that I have been able to discover twice in recent months during the first moments of the experience and a little later after a few hours of playing, is finally ready! The last born of Arkane and Bethesda Softworks, Prey, I turned and returned it in all directions to know as much as possible about its history, to try different ways of playing even if it means resuming my save a few hours back to finally see all the endings, and especially do the most side quests. As you can imagine, this is a sign that I loved this space adventure and I regret that it is already over, but I will try to tell you a little more about my experience, without spoiling you of course.

It's gone for a space confrontation around the moon against alien monsters, humans and robots with disturbing behaviors as well as AIs who don't always wish you well. 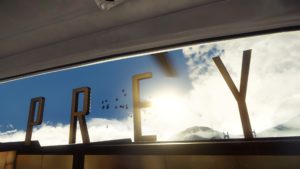 Prey is a first-person shooter with RPG elements where you play as Morgan Yu, exploring a space station. To help you and avoid being killed while looking to escape, you have a wide variety of alien weapons and abilities. The station is an open world, with Metroidvania-style progression, based on items obtained in certain parts of the world or abilities that unlock locations as you go, still offering several potential ways to progress in the game. 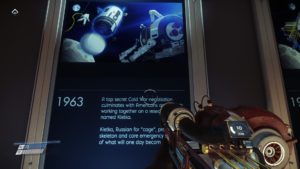 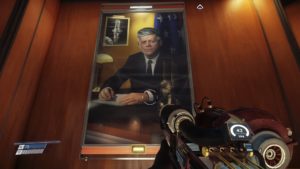 Prey's story takes place in 2032 in an uchronia where JF Kennedy allegedly survived the Dallas bombing and continued the space program. The Russians have for their part discovered an alien race, the Typhoons, during their space adventures. All these events will of course have changed the fate of humanity, putting it in danger today. Thus, a Thalos 1 space station was built, fruit of the collaboration of the 2 countries. Zones in the game are thus graphically marked by their year of construction but also by the block which initiated it. which gives a rather special atmosphere.

If you want to know more about the first hours of the game, I invite you to read my discovery, but it remains a simple introduction and I had not really been able to test the real gameplay of the game. in the second session which takes place around 2h30 after the start of the adventure which gave me the opportunity to develop extraterrestrial capacities and to test a rather particular helmet. But it was nothing compared to the extent of the possibilities offered by the game.

Along for the adventure

So I wake up in the skin of Morgan Yu (girl version), a scientist recruited by her brother Alex to do research for the company TranStar on the Talos I station on neuromodes and their effects on human beings.

Following the panoply of tests that serves as a tutorial (and that I saw in the first demo), one of the supervisors is attacked by a mimic, a strange alien creature that can transform into any object such as a mug for example . Morgan faints and finds himself in his apartment again, the same day in the early hours of the morning. After smashing some walls and windows, it turns out that this place was created inside a laboratory on the space station. Why ? I don't know yet but I will find out later. A mysterious voice by the name of January contacts our character and explains to him that the Typhoons have escaped and taken control of the station killing or manipulating the majority of the crew. As I do not remember anything, suffering from a handy amnesia but very logically explained in the scenario, my main objectives seem clear: 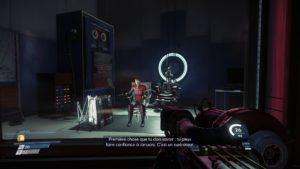 Subsequently, many other mysteries and branches of the scenario which become more and more important as I travel to new areas of the space station will present themselves, free to me to follow its tracks. Some will bring me support, weapons, an accomplice, others are there just to test your empathy, I had to make choices, but yours will surely not be the same. The end is expected but, depending on your different actions, you may have the choice to save the universe or not, choose with your soul and conscience but, above all, stay until the post-credits scene!

As I had seen in my second test, the weapons and your extraterrestrial abilities (or not) allow us to find alternative paths more or less quickly depending on our choices. While looking for hidden paths, raising my head, taking a little height, hiding under a table, I sometimes find a series of platforms or a duct hidden by a piece of furniture that is too heavy for the moment ... But maybe later?

The ability to change appearance by stealing the power of mimics also offers many possibilities to hide or enter areas filled with neuromods and ammunition. I can thus move objects, always with extraterrestrial power. Weapons like the crossbow and the glue gun will prove useful on many occasions. One use of foam darts is for example to activate keys on remote PCs or to create a diversion by turning on door switches ...

Imagination in power, your only limit is your deceitful mind and ingenuity, Thalos 1 being a huge sandbox area just waiting for you to play. 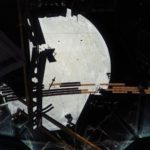 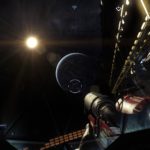 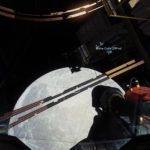 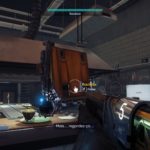 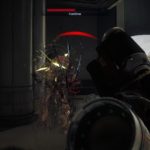 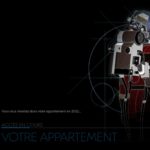 With these three items, you will be prey (!) To take on the Mimics and other ghosts, telepaths, poltergeists and nightmares that haunt the station. However to make your life easier in this world where danger is at hand at all times, hidden in a mug or a chair, here is my definitive opinion on Prey as well as many tips for surviving longer.

I was already completely excited about the world of Prey after my first hours of testing in their offices. The first hour left me very hungry, the next test that took place after 2h30 of play, opened up the world to me, with new skills, gameplay choices, a glimpse of alien powers and, above all, a completely creepy atmosphere. After almost 50 hours of play, I bow and applaud (yes at the same time). 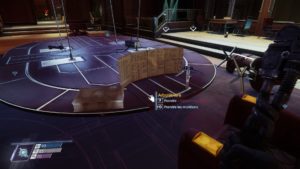 Prey effectively succeeds in his fusion between survival horror, FPS and role-playing game with all the ingredients of Bethesda / Arkane sauce and his inspirations like System Shock or Deus Ex. You will spend hours trying to survive in space, the aliens are really creepy and the musical theme that accompanies them greatly contributes to this atmosphere. And, as we are behind closed doors in a space station ... Moreover, even the moments in space are perfect, with magnificent views of the moon, the earth and the sun and a very strong immersion rendering . 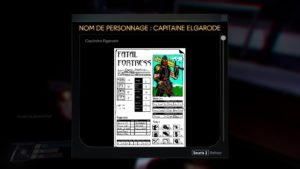 Prey's universe and background is in line with what Bethesda and Arkane do best. The plot twists and turns are numerous and the scenario is rich in multiple encounters and meanders that you can tackle in your own way and with more or less immediate consequences in the course of your adventure. The variety of gameplay explodes from the first hour of play, the weapons, all different, each offering their own style of play and interesting possibilities allowing the player to resolve situations in many different ways. When the gameplay is at the service of the scenario, it is undeniably a guarantee of success.

One more thing: if you can solve the mystery of the role-playing game and figure out how to read the cards, I'm a taker.

ESO - The stones of Mundus and their locations ❯

Add a comment from Testimonial: I survived Little Prey