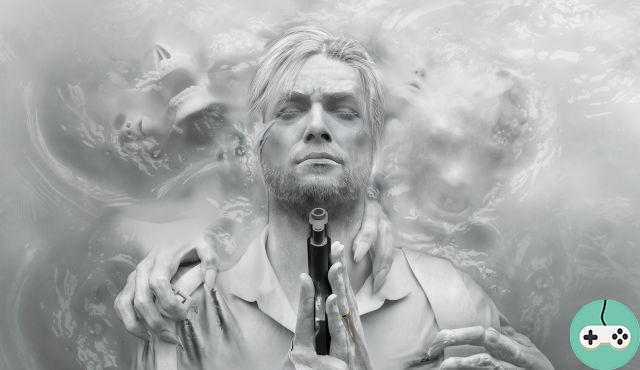 After the first The Evil Within of the acclaimed name, despite certain flaws, the horror series is back with its sequel, in which we find Sebastian Castellanos, an alcoholic ex-cop tormented by the death of his daughter. Who is perhaps not so dead after all, the Moebius organization asking him to return to STEM (a machine that connects brains between them) and to go in search of his beloved daughter. 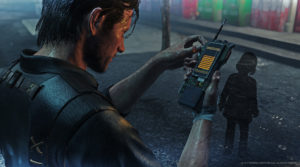 I had the opportunity to play the first one during gamescom 2014. As I explained then, I was not particularly fond of this type of game. And that has not changed. So I bowed to the exercise, with a really new eye.

From the first minutes of the game, I clearly felt the influence of Resident Evil. After all, it makes sense, Shinji Mikami, the daddy of Resident Evil, also being behind The Evil Within. This is not the case for this new opus, but the mark remains. 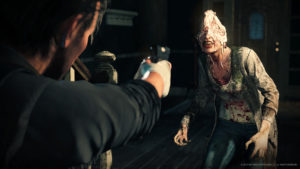 The first steps are quite interventionist, having a little the feeling of wandering in corridors, on the lookout for the slightest noise, and stressful almost at every corner of the wall, wondering what will come out of it. Chapter 1 thus acts as a bit of a tutorial.

In Chapter 2, things start to get a little more interesting. The world becomes more open, with the small town of Union, even with a few side quests. An opening of course, but not total. In spite of everything, areas remain closed, some times justified by visual effects, other times by a simple invisible wall which spoils the immersion a little. 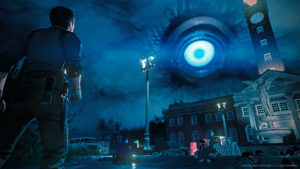 This semi-opening thus offers a kind of two-sided game. A stressful, oppressive face during the main quest, where one is most of the time guided towards the objective, almost more spectator than player. And a more "relaxing" side, where exploration becomes more important, where danger still lurks in spite of everything, but which allows the player to breathe a little.

I invite you to watch my live dedicated to The Evil Within 2, where I went through the first two chapters:

In the end, without being a great fan of survival horror, The Evil Within 2 is appreciable. Some passages are indeed quite stressful, if you have seen the video, you will have even seen me jump twice, but you can feel Mikami's paw very strongly. And the "horror" part certainly suffers for the benefit of the action side initiated in recent Resident Evil. It's clearly a shame for fans of the genre, I expected a bit more thrills (although I'm very scared to be scared!), But cowards like me will certainly enjoy the game more without risking the game. heart attack at the slightest crossing. 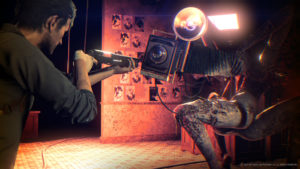 That being said, the atmosphere is still a benchmark and the characters, very charismatic, really make you want to know more about them and their lives. Far from being simple puppets, they all have their own characters and feelings, much less Manichean than what can generally be found in video games. In any case, this is clearly what makes me want to continue the game, despite the little attraction I generally have for this type of game.

SimCity - Cities of Tomorrow: The Academy

Add a comment from The Evil Within 2 - Not even scared!