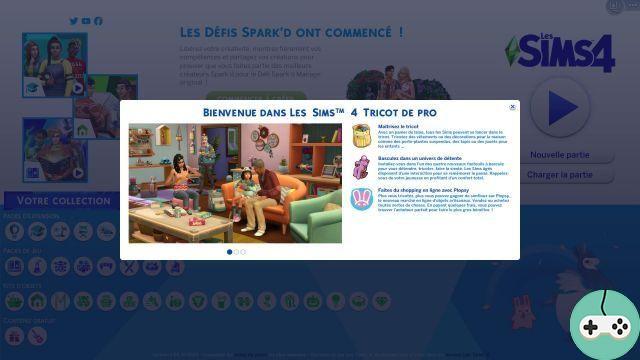 As with each release of a new Sims pack, I had the opportunity to test it before its release, which is scheduled for tomorrow (Tuesday, July 28), thanks to the EA Game Changers program. 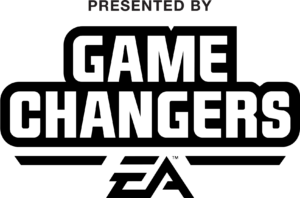 This pack is the result of a community survey, carried out in November, which involved players throughout the process, from choosing the theme and gameplay, to selecting the name. I admit that this is not the subject that I had chosen, being absolutely no fan of knitting in real life (although I must admit that I had my periods of cross stitch). Finally, fine, if the majority has chosen ... With a certain lack of enthusiasm, I start my game and, once is not customary, I take an old Sim, the last I played for the preview of the Ecology expansion pack. I like the idea that my green engineer, who has a passion for creating objects and recycling, to create his own clothes. 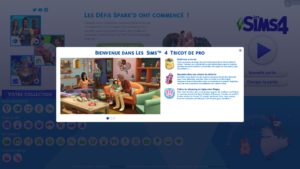 I make some room in one of the containers in her house, creating a knitting space with some of the new items from the kit. Only the basket with the protruding rabbit and the chair are interactive, all the others are there only for the decoration. The basket ends up in my inventory, it is not possible to use it directly in the world. From there, I can interact to start my creations. 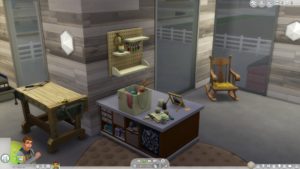 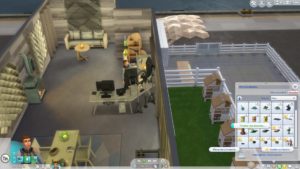 At first, I only know how to make hats, so I start knitting ... hats! That's good, you follow! By default, the Sim sits in the rocking chair, but they can knit from most seating areas: armchair, sofa, bed, except chairs. Interaction is also added to these comfort items in order to avoid having to go through the inventory. The choice of model and color is made from a long list from the usual interface of the game, with an initial cost (20§ for the hat). You will notice on the right, in the column "Unlocked" a hanger with a T-shirt and a lock. In fact, it indicates whether the variant has already been knitted and added to the wardrobe. 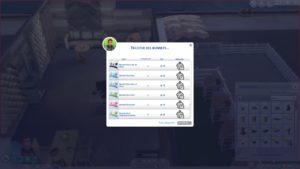 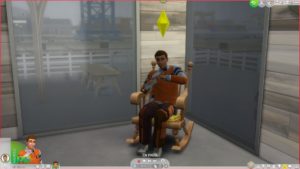 My Sim settles down and gets to work!

By completing my projects, I gain "Knitting", a new skill out of 10 that builds relatively quickly. I was far from having completed the new aspiration that, already, I reached the maximum rank. My Sim is able to knit: 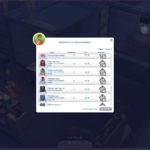 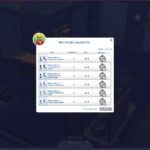 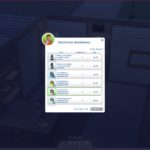 Here is my knitting corner decorated with some of the objects, he is also wearing one of his beautiful sweaters! Each project has an initial cost, from 20 to 70§ and can, when completed, either be added to the wardrobe (for clothes), used in the house (for items), or given to a charitable work, either be given to a Sim present on the field, or be unraveled (to recover 50% of the initial cost), or be sold on Plopsy (more on this below). 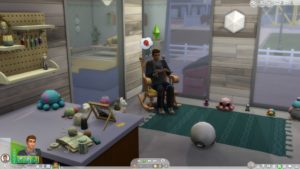 The aspiration is on the contrary relatively long to accomplish: 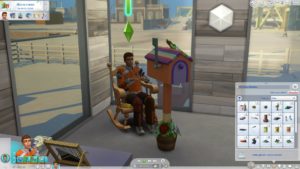 For Sims wishing to make a living from their knitting activity, there is a new online store, Plopsy, or the Sims' Corner. To list an item, just click on it from the inventory, pay the upload fee (10§) and then wait. After a more or less long delay, another Sim will make an offer, which it is possible to accept or refuse. It has also happened to me that objects do not sell, they are then deleted from Plopsy, which will require repaying the registration fees to try to resell them. The object remains in the inventory during the entire process, with the option to withdraw it from sale at any time (the 10§ uploaded are not refunded). 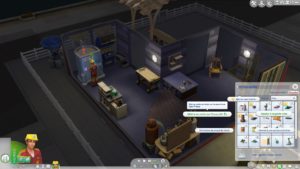 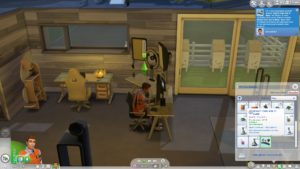 It is interesting to know that this shop is not exclusive to knitted objects and that it also accommodates all the created objects. I was able to resell candles or furniture created in the cabinetmaking workshop there. It is accessible from the computer with a listing of items sold by other Sims, actually simulating the functionality of a classifieds site. Only one feature is missing: the ad boost. It would be nice to be able to give your items a better chance of being sold for a small fee. 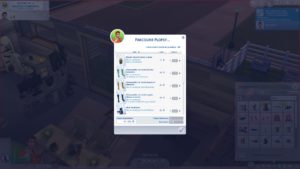 Surprisingly, the kit does not bring many items for a kit with only about twenty things. On the program: two rocking chairs, an armchair, a sofa, various shelves and desks, and some wall decorations including the perforated shelf, models, balls, a mini loom and hanging flowers. I put this loose in my yard to show you what it looks like, in a country chic style with pastel shades. 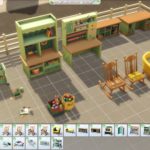 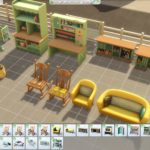 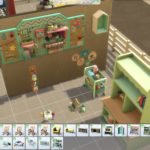 And here's the new room (don't thank me, I've stressed my Sim with some new items now!). 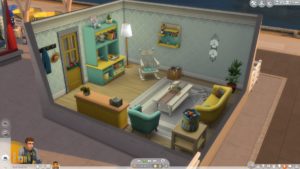 Girls and boys each win two tops, with very bare outfits for these firsts, and very covered for these seconds. As much the feminine style is resolutely modern, as the masculine style falls more into the clichés of the good big grandmother's sweater, with this eternal concern: I always find the feminine clothes much better made. Two pants, jeans, of a similar cut, but one of which stops at mid-calf. A single pair of boots, normally dedicated to women, but which I find also fit men perfectly. 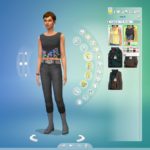 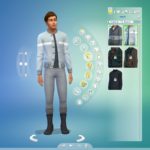 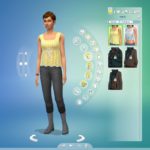 Of course, the goal being to knit, as you can see above, clothes are locked, as long as they have not been added by one of the household Sims to the wardrobe. It is therefore impossible to dress a Sim on their account in sweaters that would have been made by another Sim. If I take Eric, my eco-knitter, he now has access to certain sweaters: 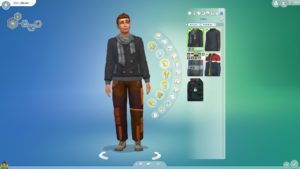 Against all expectations, I really had fun with this kit. Even if its content seems limited when looking at the number of items and clothes, the addition of the knitting skill with all models and unlockable colors, coupled with the Plopsy store which is compatible for all creations, offers good more gameplay than most kits. Knitting Pro blends seamlessly with all of the other content previously released in The Sims. Me, I paired it with Écologie, and it's true that it works well: an object maker and knitter like Eric can stop working. He knows how to build his furniture, repair all breakdowns, replace damaged objects, sew his clothes and even decorate the whole! Another way to play, far from the consumer society! But it may also appeal to all Sims personalities, looking for a passion or additional income.

Here is a video summarizing in image what I have just presented here:

A nice gift from Electronic Arts and Maxis! 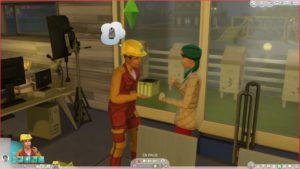 Landmark - A place on the landmark