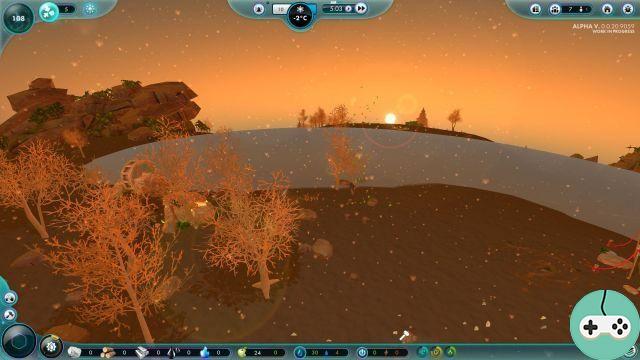 The Universim is a simulation game that I've been following for a while, in fact since the start of its Kickstarter campaign in April 2014, so it's starting to date! Currently in alpha, the game has already been available for a while for the founders, but you can still invest through the official site, with the first pack being offered for $ 35. To sum up the concept in a few words, we embody a God on a small, colorful planet inhabited by inhabitants answering to the sweet name of "Nugget". Namely that the tested version takes advantage of the recent content update named Chupacabra.

At the launch of the game, I come across an interface that immediately elevates me to the rank of divinity by presenting me my future planet and the opportunity to create a new life. I do not hesitate and start. Without further transition, I land on the surface of my new play space in a very colorful and cute world. 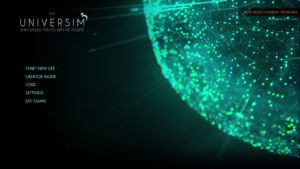 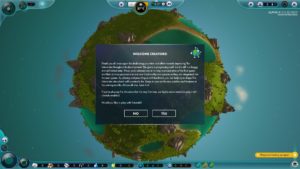 Having never played before, I gladly accept the proposed tutorial and it starts with the controls. Everything is controllable with the mouse, by sliding / clicking with the left click (to navigate) and the right click (to move the camera), or with the keys of the WASD keyboard (it is not possible to change the shortcuts, it is You will therefore have to change your keyboard to an American keyboard). 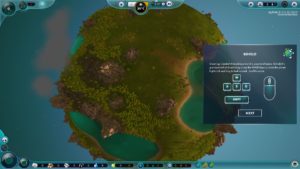 First crucial step: put my tower of evolution. It is the center of my civilization, to be placed near a water source, but also stones and trees to facilitate the beginnings. Here seems to me a very good place! 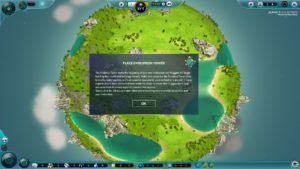 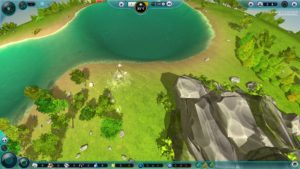 To ensure backups, the tutorial advises me to quickly build Archives. I must then assign an archivist so that he is able to take note of my exploits and keep track of them. It also starts automatic backups at regular intervals. A smart way to bring this functionality usually confined to the out-of-game interface. 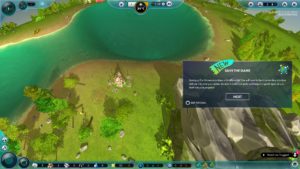 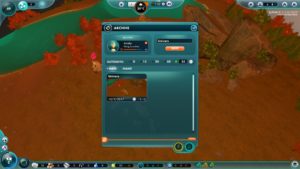 Life as God is not just a long, quiet river just to build buildings in the right places and then watch life unfold. Everything is going pretty well at the start, the Nuggets are content with little. At the same time, they are only a handful and, suddenly, they do not need a lot of resources. Then they make babies, the population grows. And there, winter arrives without warning (well, autumn was the beginning of the track ...), the port is closed during this period, there is no harvest, resulting in an unwelcome shortage of food and, suddenly, there are deaths. If the body is not evacuated instantly, it is the almost instantaneous epidemic, which causes other deaths and jeopardizes the fragile balance. It is therefore necessary to provide hospitals, to cure infected Nuggets, and crematoriums, to cremate the deceased. Yes, but there you have it, you still need to have completed the necessary research for these buildings!

There are also day / night cycles although this does not have an impact like the seasons. Just the opportunity to present magnificent sunrises! 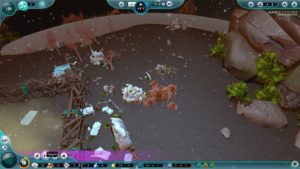 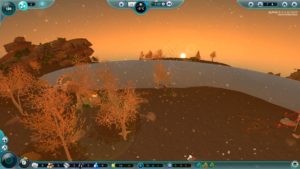 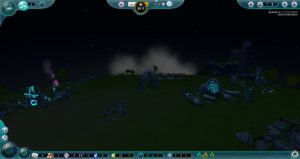 These are our loyal minions who breed in-game (it is not possible to bring in new ones if the breeding chain is broken after bad decisions). Although this is possible through divine actions (which I will discuss below), the point is not to select them and tell them exactly what to do. Everything happens according to a priority system (by assigning a Nugget to a position) or needs (hunger, thirst, fatigue ...). Some will even take the initiative to construct buildings when necessary (such as huts).

Each has a unique appearance and name, there is even a family tree system. They are defined by various gauges which are, in order: age, life, hunger, thirst, rest, happiness, physical strength, carrying capacity and temperature (inactive). Of course, the more these gauges are filled, the better! 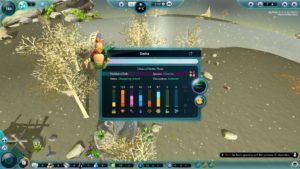 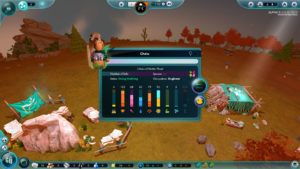 To quickly check how people are doing, this panel summarizes all the gauges in a table whose column headings are used to change the sort order. 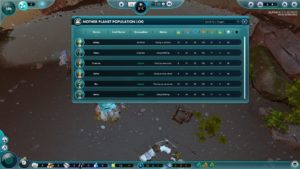 For a prosperous civilization, you have to build a little of all the buildings, because everything is useful, contributing to the general balance:

Some buildings evolve like the restaurant, initially a simple space to eat. Because the Nuggets are not confined to the Stone Age and their civilization is slowly spreading towards modernity with, in the long term, the management of electricity and the taking into account of many other criteria of the modern world. 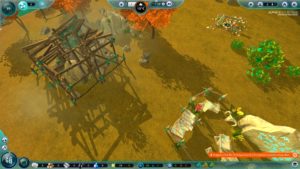 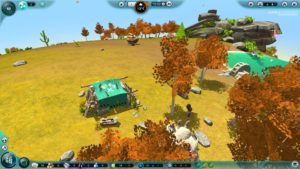 The farm is certainly the most complex building, with its plantations more or less adapted according to the biome on which it was built. Plants are chosen for one year, but can then be changed after a harvest. Of course, for everything to work, it will take a Farm Nugget and water. 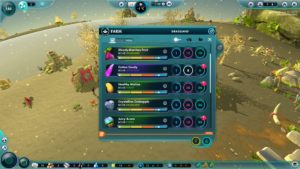 In order to navigate, an interface panel summarizes, on the same model as that for the Nuggets, all the buildings installed with the workers affected and the general condition (to manage repairs). 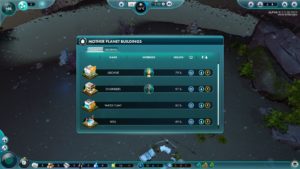 Two searches can be completed at the same time, each search taking a set amount of time to complete and can have consequences, such as injured (or even killed in the worst case) Nuggets. 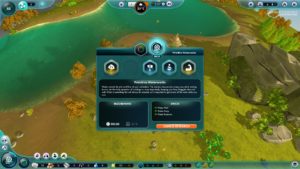 Creator Powers are available to try to make the Nuggets' life easier or harder, costing Creator Points that accumulate over time.

A final creation tab is planned, but I don't have anything in it for the moment. 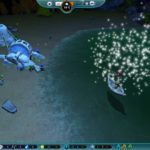 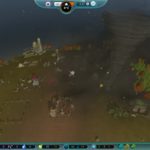 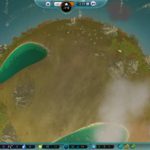 We must also respond to requests from peons, just to say ... It happens in GodMail, a product created by Promethus. 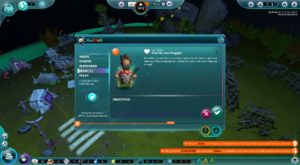 The Universim is a nice game that fills the current void in the category of divine simulations in a very nice way. Few things still show the alpha status in this version, the graphics are beautiful, the interface is as pleasant as it is efficient, the Nuggets are endearing ... A few small concerns still taint the table: the priority given to the construction of a building does not seem to work and it is particularly complicated to cure the Nuggets of an infection, leading almost inexorably into the infernal cycle of death => disease => death ... But no doubt they will resolve these concerns very soon, also adding a whole host of new features, to offer apprentice gods a smooth simulation. In any case, the difficulty is there, my first civilization failed miserably and the next one only barely survived on several occasions.

If you like simulations, and you crave apocalypse or miracles, go for it. You will not regret it ! 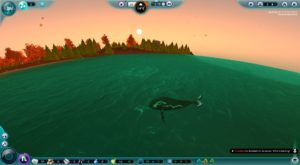 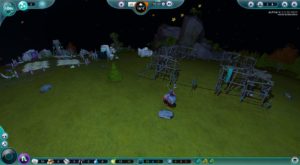