Train Valley - All by car! 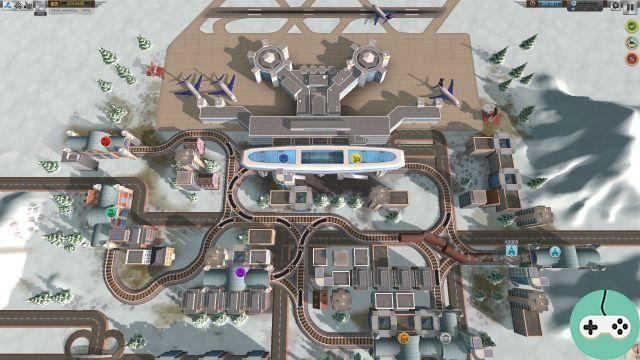 Valley Train, combining strategy and simulation, has just released a DLC adding a new season of six new scenarios in Germany. On this occasion, I was given the opportunity to test the base game, supplemented by the addition of content, the opportunity to give you a general overview of this highly addictive puzzle!

Train Valley offers an adventure through time and space, taking, in its initial four seasons, to Europe (1830-1980), America (1840-1960), the USSR (1880-1980) and Japan (1900 -2020). Real events take place around our little trains: the gold fever of 1849, the construction of the Overseas Railroad in Florida, the Second World War, the Cold War, the launch of the first manned flight Vostok 1 ... The DLC Germany looks back at the origins of the German rail network, from World War I, to the fall of the Berlin Wall and the construction of the modern airport in Frankfurt.

No matter the time or the country, the concept remains the same: connect stations between them via rails to take a train from one to the other thanks to the switches created. Each train appears randomly in a station with a sum linked to its routing which decreases as time passes. The faster the train arrives at its destination, the greater the gain! It sounds simple said like that, it is a lot less so when the stations are placed a bit anywhere on a ridiculously small map. 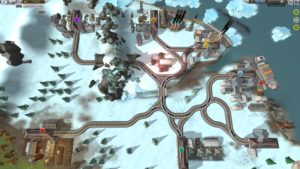 You will curse Japan in particular with their incredibly long trains that have to be tacked between buildings that are impossible to tear down! Because in classic fashion, We have to do watch out for expenses : Each section of rail costs dollars and taxes are levied on a regular basis. In addition, penalties are levied if we destroy elements of the decor to pass rails (houses, trees, factories, fields), which very quickly increases the bill when it comes to factories or buildings. 'luxury buildings ... If the count goes below zero, bankruptcy and the game is over! Fortunately, for novice drivers or those not looking for a particular challenge, you can play with peace of mind by Sandbox Mode (sandbox) where there is no notion of money. 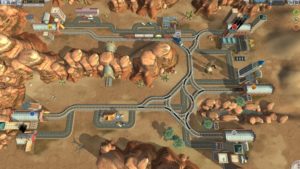 By clothing the rails, it is most of the time possible to connect all stations between them. It is imperative to think about the direction of movement because a train cannot turn at right angles. So you have to make loops, circles, double eights ... I advise you to always plan in both directions by making three-sided intersections. This will allow you to go in all directions, no matter which side your train is coming from. As a loop requires a minimum of space, plan from the start the intersections where you could have a bad surprise. 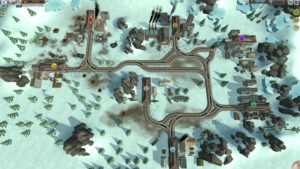 Like the rails are one way, it is important to avoid that two trains use the same portion in the opposite direction at the same time. And theaccident happens quickly, especially when on some maps the trains start alone when they have been waiting too long at the station. When two trains get buffered, in addition to losing the money linked to the arrival of the train, it destroys many sections of the rail (which therefore costs money to rebuild). For example, I had an accident below at the intersection at the top left. 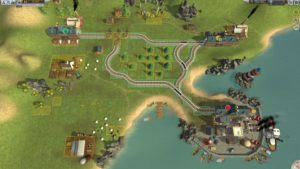 In case of danger, the trains can be stopped. Once stopped (there is a little latency while they slow down), two options are displayed: the change of direction (the train turns around and starts again in the other direction) and the restart (therefore in the Same direction). This is a solution to always keep in mind if you have absolutely no solution to connect two stations to each other: temporarily take a section and then return the train. Note that a train also automatically makes a U-turn when it enters a station which is not its destination station.

Caring for tactical break, to be activated with Espace, is very useful during periods of heavy traffic. All the actions are available in this mode (build, destroy, stop, start) and are activated when the game is restarted. You really have to use them as soon as necessary to avoid wasting time (and therefore money) during the game. construction and planning phases. For those who like the speed, it is possible to fix it on three milestones: normal, medium and fast. Quite frankly, I don't recommend going any faster. But it's up to you! 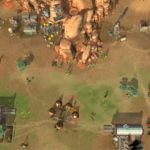 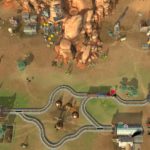 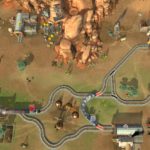 In scenario mode, goals are to be reached to get the stamps on the travel ledger (which is a nice way to present the levels). Generally, this consists of not having an accident, of raising a certain amount of money, of never going to the wrong station (or on the contrary to making a mistake), of not using the break, of taking the trains to their destination. bonus ... This is optional and does not affect the completion of the mission. Finally, to vary the pleasures, a random mode each time generates a level that develops differently (it is possible to combine sandbox and random mode). 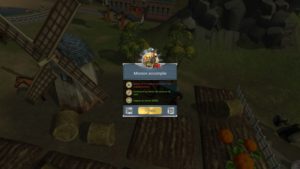 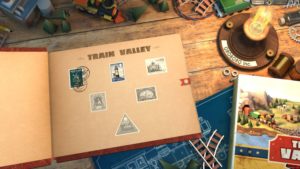 In all, these are fifteen different types of trains, from the first steam locomotives to the most modern steam trains, with eighteen types of cars. This new DLC adds legendary machines like the Adler or the Prussian T9. In addition to the six scenarios of the initial four maps, Germany adds six, thus bringing the total to thirty scenarios. 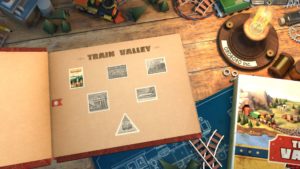 Allow between fifteen and thirty minutes per level (depending on your level of expertise and the speed at which you run your trains). In itself, the DLC does not add anything special in terms of gameplay, the mechanisms are similar to those of the base game for the most part. However, some new features have been introduced: 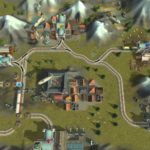 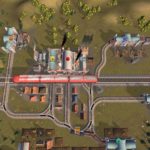 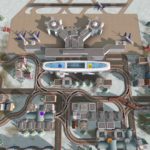 Note that I took all my screenshots as far as possible from the camera, the view which in my humble opinion allows the best management of rail traffic. To take full advantage of the detail of the graphics, you can zoom in: 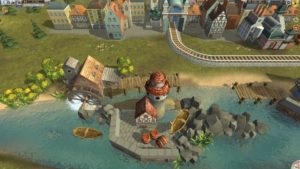 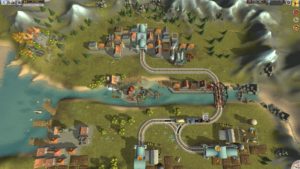 Truly addicting, Train Valley is very accessible and engaging. Once the concept is understood and the rails are correctly laid, the game is not that difficult even if some cards are more complicated than others. However, the optional challenges add spice and require an additional level of concentration to manage the often already large traffic while adding bonus trains and penalties imposed such as the inability to stop trains or use the break. You will certainly have to redo each scenario once or twice to succeed in getting all the buffers, thus offering a good playing time for the price. If you like racking your brains and the train choo-choo awakens your childish soul in you, don't hesitate, you will be spending more hours than you expected in Train Valley!

And if you want to test before embarking on the adventure for free, a demonstration is available. This will only give you a brief overview of the possibilities, enough to know if you have the soul of a station master before investing!


Do you want to be up to date and know all the tricks for your video games? In gamesmanagers.com we enjoy playing as much as you do and for that reason we offer you the best tricks, secrets or tips for you to play non-stop. We offer you quality content and always updated to keep you up to date. That's why, in our website, you will find not only videogame guides but also tricks, secrets and thousands of tips so you can play to the limit. Are you ready to get it? Enter now and enjoy your videogame!
ESO - FAQ the launch ❯

Add a comment from Train Valley - All by car!