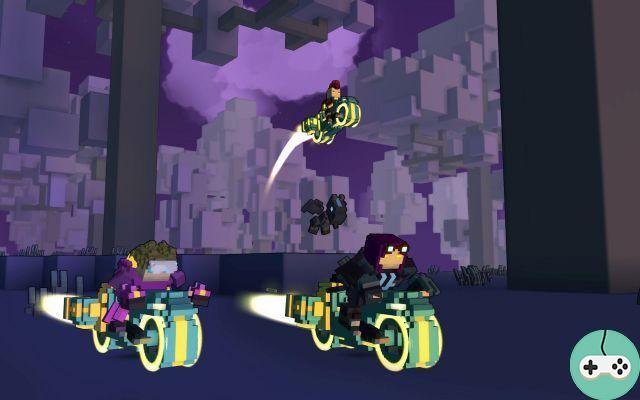 As you may have seen it go by, Trove is coming soon to PS4 and Xbox One. In anticipation of this announcement, I had the opportunity to chat with Andrew Krausnick!

Thanks a lot for the opportunity! Could you introduce yourself and your job at Trion Worlds?
Hey! My name is Andrew Krausnick and I’m the Executive Producer of Trove.

So, the great news, Trove is coming to console! Why did you choose to open the game on this new platform?
It was time! We’ve been live on PC for a year and made a ton of updates to the game. As a voxel-based action MMO, Trove has shown that it appeals to a really broad audience of gamers – and it turned out it’s a ton of fun on a controller - so we knew it was the right fit.

I don’t know if we can talk about that, but I had a poll some days ago, asking me if the game would be a good fit for the console world. Can you share some results from this poll?
We’re happy to say that users agreed that Trove should come to console. We found that users overwhelmingly said that Trove would be a really unique addition to the games that next-gen consoles offer.

You already have the experience with Defiance. What did you learn from this game about consoles?
We learned a ton from Defiance, especially about creating and running a free to play game on consoles – there’s a ton of work that goes into both launching a game and even more work in post-launch updates, expansions, etc. We’re also very happy to report that working on the next-gen consoles has made a difference in many of the challenges we’ve come across and we look forward to this experience.

Will the PC version and the console version be very different? On which points?
Our aim is to keep all versions as in-sync as possible – they’ll be the same experience and offer the same great features and classes. For smaller weekly updates we’re likely going to release those more rapidly for the PC version, but for major launches we’re planning on putting these out at the same time across all platforms.

What was the most difficult to port Trove on console?
Our UI! Since Trove has lots of game systems like most MMO’s, there’s a lot of UI to deal with and we wanted to make sure it felt right to use it on the console.

And the easiest part?
The combat. Combat in Trove just feels right with a controller in your hand.

Will you give the opportunity to PC players to have the UI from the console version to play with a controller, but on PC?
We’d like to do this. More details in the future if we can pull it off!

When do you plan to launch the console version? On PS4 and Xbox One?
This year!

What about older consoles? Will you have the retro-compatibility between Xbox 360/One?
We don’t have any plans right now to support older consoles. We’re focusing all of our efforts on optimized for the next-gen consoles and continuing to deliver a great experience on PC.

Do you have plans to launch RIFT or Devilian for consoles? The later would be a very good fit for this type of controller.
No plans right now, but we’ll definitely let you know if we do!

A word to conclude?
Thanks for the interview! And I hope everyone will check out Trove when it comes out – it scratches an itch that no other game does when it comes to our mix of combat, leveling up, creativity, and community.

Thanks again for your time! 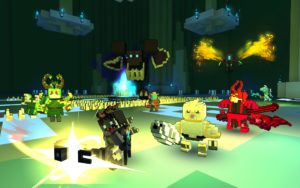 Thank you very much for the opportunity! Could you introduce yourself and your work at Trion Worlds?
Hello ! My name is Andrew Krausnick and I am an executive producer on Trove.

The big news has arrived: Trove is coming to consoles. Why did you choose to port the game to these new platforms?
It was time ! We've been on PC for a year now and tons of updates have been rolled out to the game. As a voxel-based action MMO, Trove has shown to appeal to a very large audience of gamers, and it turned out to be very enjoyable to play with the controller, so we thought it was particularly suitable. 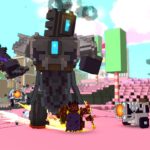 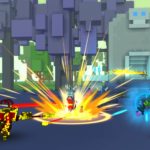 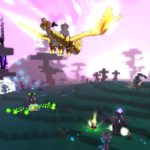 You have console experience with Defiance. What did you learn from this other game?
We've learned a lot from Defiance, especially when it comes to making and operating a free-to-play game on consoles - there's a huge amount going on when a game launches, and even more with updates afterwards. , expansions ... We are also very happy to report that the work on the next-gen consoles has made a difference in many of the challenges that we have faced, we really look forward to enjoying this experience. 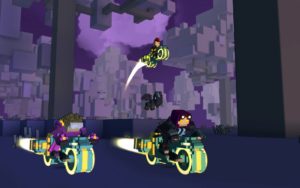 Will the PC and console versions be very different? On what points?
Our goal is to keep all versions as synchronized as possible, offering the same experience, features and classes. For small weekly updates, we'll probably release them faster on PC, but for major launches, we plan to release them simultaneously on all platforms.

Will you have different servers? I wish I could continue my games with my friends, no matter if I'm playing on PC or console!
Each platform will have different servers (sometimes we will need to make specific fixes or changes). But as with the PC version, all players on each platform will be able to play with all other players on that same platform. 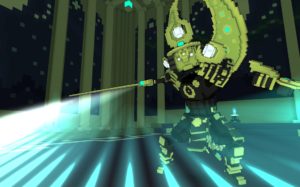 What was the hardest part for the console version?
Our user interface! Trove has a lot of features, like most MMOs there are a lot of things to deal with and we wanted to make sure it was natural to use on a console.

And the easiest part?
The fight. Combat in Trove works well with a controller in hand.

Do you want to give PC gamers the ability to use the console version UI to play with a controller?
We would like to do it. More details will be given in the future if we are successful in coming up with something.

When do you plan to launch?
This year ! 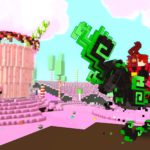 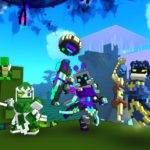 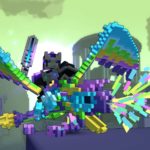 What about older consoles? Will you have backwards compatibility between Xbox 360 / One?
We do not currently plan to launch on older consoles. We are focusing our efforts on optimizing for new generations, while continuing to deliver a quality PC experience.

Do you have any plans to launch RIFT or Devilian on consoles? The latter in particular would be a very good choice!
No plans at this time, but we'll keep you posted if we do!

I should hope so ! A word to conclude ?
Thanks for the interview! And I hope everyone will be playing Trove when it comes out, it offers something very unique that no other game offers, a mix of combat, levels won, creativity and community.

Thanks again for your time! 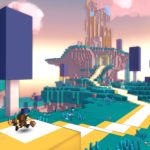 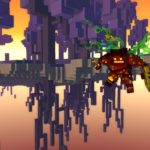 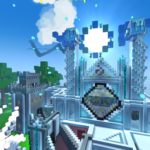 Do you want to be up to date and know all the tricks for your video games? In gamesmanagers.com we enjoy playing as much as you do and for that reason we offer you the best tricks, secrets or tips for you to play non-stop. We offer you quality content and always updated to keep you up to date. That's why, in our website, you will find not only videogame guides but also tricks, secrets and thousands of tips so you can play to the limit. Are you ready to get it? Enter now and enjoy your videogame!
HearthStone: business model ❯