After a year, Turmoil finally quit his Early Access status and is launching into the big world! The opportunity to go in my turn in search of oil in this simulation game taking us to North America in the 19th century.

Our career as an oil driller begins with the choice of a character. This does not change much a priori, apart from the appearance of the avatar. I opt for Blanche, the grandmother, a former lawyer who wants a little more spice in her life. 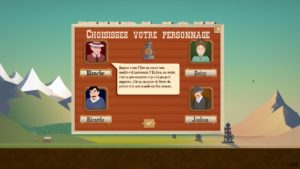 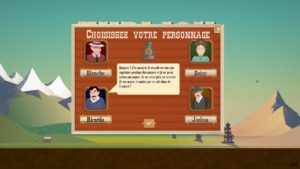 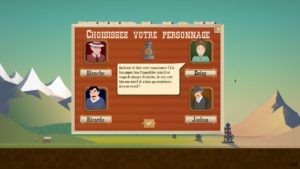 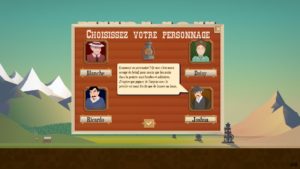 The tutorial starts and introduces me to the main features of the game with the Mayor. I start my game with $ 2,000, not a dollar more. It may sound like a lot, but trust me, it goes fast. First, you have to hire a dowser, or $ 100. This little guy is going to walk all over the place and look for areas of oil. He stops as soon as he finds something. 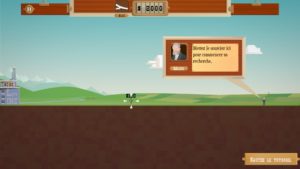 It is then necessary to ask a oil well or $ 350. Then this well must be connected to the water table to start drawing. This is where things get tough because the dowser stops vertically, the oil can be found very far underground. Of course, the further you build, the more it costs and each pipe only reveals a tiny bit of ground around it. 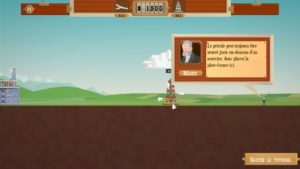 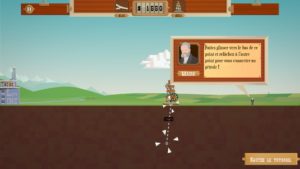 Once drawn, the oil does not sell alone, it is then necessary to transport it to the refinery. For this, it is necessary to engage carts which each cost $ 150. It is quickly necessary to have quite a few because if the oil well is not emptied, it overflows! A big loss of profit because it generates more fines for spill without counting the potential damage. 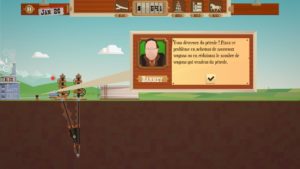 There are two refineries, Left INC. and Right INC. Left and right ! Prices fluctuate and it is essential to increase the margin by selling to the one who buys the most expensive, while taking into account the necessary path to go to this refinery (it is not necessarily very profitable to cross the map for only a difference of $ 0.10). If necessary, there is the reservoir in which the carts can temporarily store the oil while waiting for prices to rise. 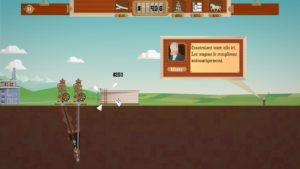 The prospecting lasts a few months, then it's time for results with very detailed graphs ... 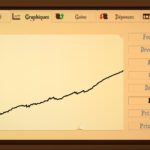 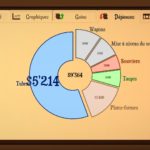 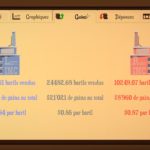 ... and above all the opportunity to see where all the oil slicks were! I had found everything: 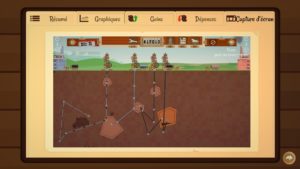 After comparing the scores with the 3 other NPCs, the game goes through an optimization phase thanks to the money collected. 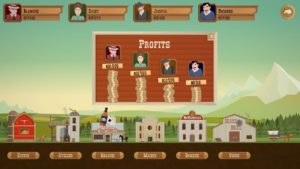 With the stable, there is something to improve the efficiency of the trolleys (bigger, faster, more numerous). In L'workshop, this concerns the search for oil, therefore the dowser first (speed, depth of detection) but also new tools such as the mole or the scanner. 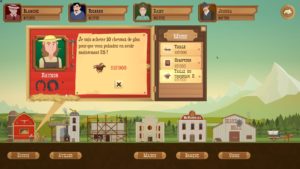 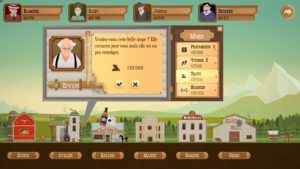 Au saloon, it is possible to bribe some refinery managers to ensure minimum prices. In final'plant There are improvements for oil wells and pumping pipes (pipe size, connections, tank size, drill bit to cut through rocks). 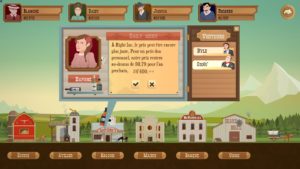 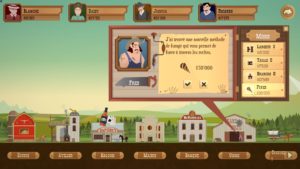 There are also two other special buildings. To the bank, you will be able to get the money back if you are close to bankruptcy. Frankly, unless you're sleeping in front of the screen, you shouldn't have to worry about that side. Finally, at the Town hall, this is where it is possible to buy land to go on prospecting. The Mayor also gives some useful advice to optimize his game. The land purchase system is based on the principle of auctions, the NPCs fight and buy their land very expensive, which suits my little affairs well! 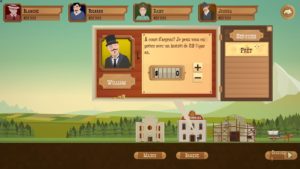 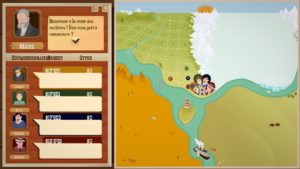 Once a piece of land has been acquired (preferably at the base price), and all the possible improvements added, then it's time to start prospecting again and let's go for a ride!

Turmoil is a cute simulation game, with nice graphics in a well done Wild West atmosphere. The lifespan is quite short, count around ten hours to complete the four worlds of the campaign (plain, desert ...), with minimal replayability given the difficulty. Indeed, do not expect a great challenge, especially at the beginning, the rhythm is very quickly found, which means that very often, once a few dowsers have been cast, then the wells laid, the rest of the game consists of s' ensure that nothing overflows and then dispatch the carts to the right and to the left depending on the vagaries of the market (sometimes raging against the AI ​​who has fun sending the cart on the right into the refinery on the left, while of course the one left goes right). The mole is a welcome gameplay element, bringing a fun randomness to it. You can only set her starting point, and then she wanders around the underground and reveals small chunks of land. With a little luck, she comes across oil! There are also rocks (which require the drill to pull a pipe and seem to hide the veins from the dowsers) as well as the diamonds (a return of money to be recovered with a mole). 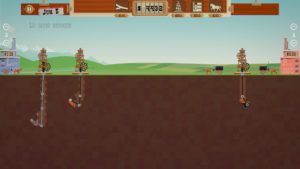 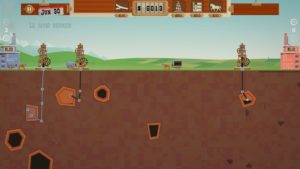 The game is available on Steam, currently at a 10% introductory discount.