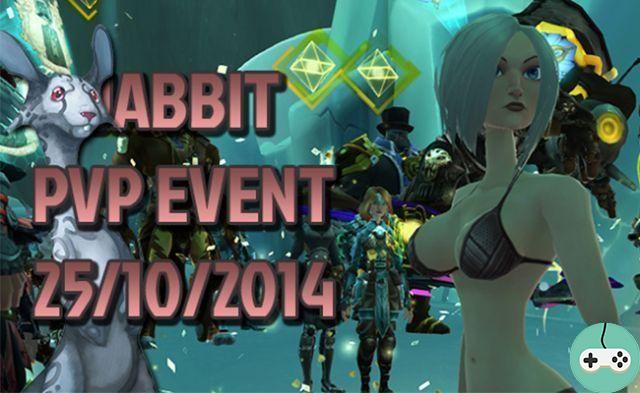 On Saturday October 25, at 15 p.m., a PvP event was organized on the European mega server Jabbit: Whitevale Butcher's Party! 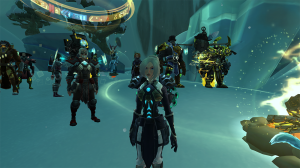 So I participated, wishing to give a good correction to the Dominions! As usual, doing something interesting, I film it, so I made a "Best Of" video of the event which lasted a total of almost 1h30 with about fifty participants:

So I was present at the scheduled time, 15pm, where a number of players were already there, with a small advantage for the Dominion side. We quickly rushed on it, and because of their number greatly greater than ours, they ... crushed us! No, I'm not doing it in bad faith, they were much more numerous than us, watch the video!

In short, we have all repositioned ourselves well, and latecomers have arrived, we are now about the same number on both sides. Here we go, the charge is launched! As I take care of keeping my companions alive, we manage to progress towards them until they are all dead. 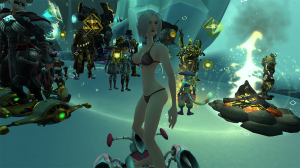 We are now tied, but we are not going to let our guard down. In the next 2 rounds, we will once again defeat our opponents.

A particular event follows: the Dominion blames the place for their failures. We are therefore going to change places to go towards the Impure Refuge, at the Raid d'Aileardente! 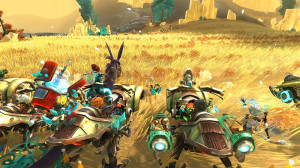 So here we are now online, face to face, for the ultimate and most epic PvP showdown of the day! The fire is launched, we rush into it, it's the big fight, the computers struggle, it's lagging but who cares, it's great! As in previous clashes, the Exiles retain a constant advantage, we will go so far as to push the Dominion to their graveyard. This fight had no end of the sudden as when someone died, he came directly to life.

There came a predictable event that surprised us all: the pop of Aileardente! This made the event even funnier, with both teams taking on the boss while beating each other up! 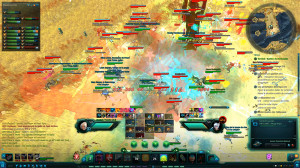 We managed to kill him, thanks to the person who shared the quest with us, and after this fight, the players gradually left, satisfied with this little PvP madness that lasted 1h30.

Assessment of this event? With the 3 victories against 1, and a constant superiority in the Raid d'Aileardente, we can announce it:

Victory of the Exiles!