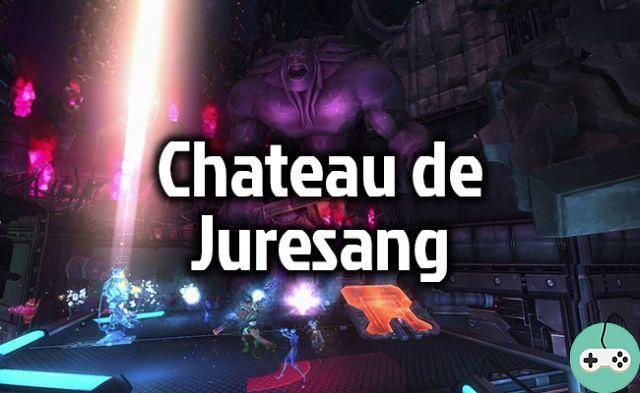 It's the 28th and, as indicated in the PvP information schedule, today is information on the second PvP mode that we will have access to: Juresang Castle (Halls of the Bloodsworn) ! 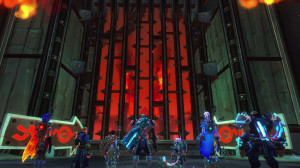 Long ago, the mighty Osuns tested their valiant warriors in the legendary Juresang Castle. And now it is the turn of the brave heroes of the Dominion and the Exiles to stick to it! This ancient fortress is made up of rooms designed to test two opposing teams in a series of challenges where strategy and brute force are essential. The first to overcome these trials win the laurels of glory. What about the losers? Not much.

The principle of this battlefield is fairly well known in the PvP modes of different MMOs, such as the Shore of the Ancients for WoW or the Nether Star for SWTOR. The card is cut into 3 rooms. On this map there will be 2 teams, an offensive and a defense: 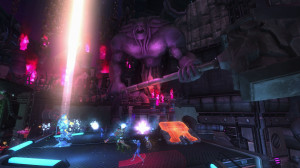 After that, it's not that simple. The rooms follow one another, and you will have to capture the first to access the second, then the second for the last.

To capture a room, it will take capture the 3 control points. There is 1 primary and 2 secondary control points. Secondary points must be captured in order to capture the primary. For the secondary points, the capture is done in a active, you have to click on it and wait a few seconds for it to be captured. For the main points, this is based on the présence : the more people there are in attack, the faster it will capture.


A round lasts 14 minutes, if all rooms are not captured after this time, the round ends anyway.

In the case of perfect equality in scores, the developers offer us this solution:

What if each team captures the same number of rooms in the same amount of time? The universe implodes, what a question!

And since WildStar is not a game like any other, it offers various tools that will make this battlefield as original as possible:

Each room contains jumping platforms, the game therefore takes place on several levels. Players on the offensive team will constantly have benefits, allowing them to be slightly more powerful than the opposing team to allow them to move forward in the game, and they will respawn more quickly. This will force the defensive team to play strategically and as a team to be able to survive the onslaught of their attackers and defend the points.

So much for the details of this battlefield. This one and the Walatiki Temple will be the only battlegrounds (excluding arenas) available when the game is released, others will arrive later!

What do you think of this PvP mode? Can't wait to play it? Already tried in the beta? Tell us everything! I will make a video as quickly as possible in this mode, the time to go up to level 15!

SWTOR - The model of the imperial army