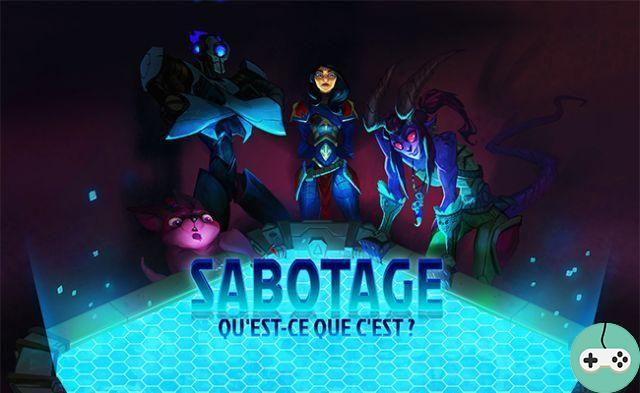 We've all known this for a while, the next big monthly update will include a new battlefield : Sabotage! But what is the principle of this PvP mode? 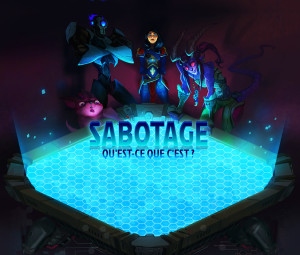 Sabotage is a battlefield that sees the Exiles and the Dominion face off against 15 vs. 15 on the Rochedague pass. It promises a need for reflection, coordination and BOMBS !

What to do to win? Well it's simple: destroy enemy reactor. And how do you destroy it? I'll let you guess ... and yes, with bombs! You can throw it at the enemy reactor via a ship or play the fool and go and lay it yourself.

Here is the map of the battlefield: 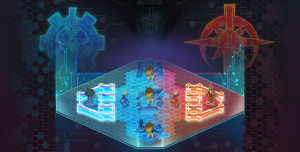 Let's analyze this map ... So, we can see in each base the reactor of each faction. There is a bombs in front of the base, it is therefore most certainly the place where they are picked up to go and do a sore spot for the ugly bad guys. Finally, in the center, there is 3 satellites ! The map looks great. This is indeed the case and you will be able, for the first time, use your mounts in battlefield! 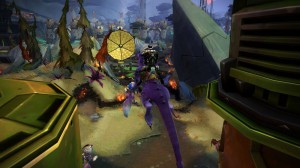 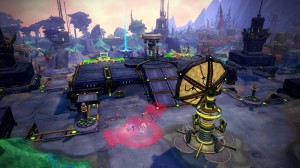 What are satellites used for? Well, by capturing them you will be able to order air strikes on enemies to progress towards the enemy base and get closer to their reactor to blow them all up! There are therefore 3 satellites which are called respectively from top to bottom: the Eldan ruins, the Mines and No Man"s Land. Needless to say, these satellites will be very important. 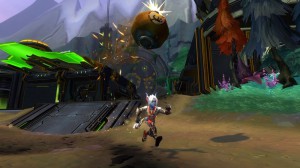 Let's move on to the bombs: you will be able to pick up the bombs at the place indicated on the map! What can we do with it? What we want ! Explode your enemies amuse you? You can. Explode reactors bursts you? You can too!

Are you afraid of exploding with the bomb? Band of cowards! Anyway, Carbine heard you and added a countdown which will only be displayed for your team when you drop the bomb on the ground.

Last thing about it, if a bomb is dropped on the ground by an enemy, I guess if he got killed without putting it down, or maybe there's a way to put it on the ground without blowing it up, well you can pick it up and use it against your enemies ! 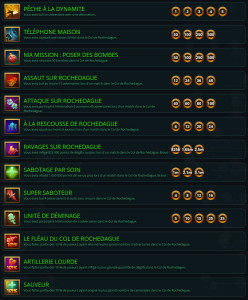 Fans of success? Carbine has obviously thought of you. Below is the list of the different achievements to achieve in Sabotage!

To end on this battlefield, why not talk about the end of a battlefield: the rewards ! You will be able to recover a pair of boots : the Col de Rochedague Boots! Boots that can be either light, medium or heavy armor, level 46 and with a few special tricks:

I don't find it particularly crazy, I ask to see what is behind the impregnation and what the Special represents. But the rewards are not over yet! There will also be 5 decorative elements for each faction :


In short, that's it for this battlefield that promises a lot of action and explosions! You can see it all in pictures with the newly released DevSpeak!

Does he make you want to blow people up?

add a comment of Wildstar - Sabotage: what is it?