Wildstar - The Origin of the Exiles 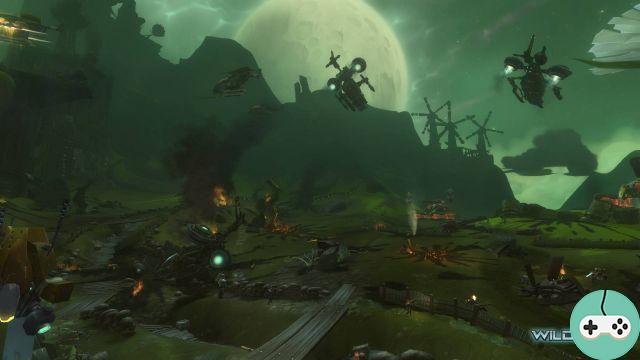 Another version of Wednesday was written at the same time by Falhstaff!

For a while, we have been hearing about the Dominion through the (not very complimentary) statements of members of the other faction, the Exiles, and in particular of their 3 emblematic members: Sergeant Granok, Aurin Liara and Human Buck.

Today is highlighted a key event of both factions, the insurrection of Brightland, which saw the secession of part of the population of the Dominion leading to the creation of the Exiles.

At that time, the Dominion unilaterally ruled the galaxy, holding an ever-growing population under its control. In order to control all these peoples, the Empire sided with totalitarianism, imposing many laws considered unfair by the inhabitants of Cassus, the capital planet of the Empire. 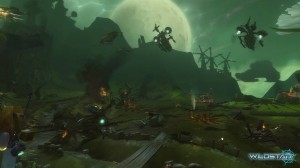 The protests turned into civil war and degenerated into open warfare when Brightland, an admiral in the Cassian fleet, rebelled against his hierarchy, motivating many officers, naval captains, to follow him. This leader of a man succeeds in creating a rebel fleet under the banner of his ship, flagship of the Cassian fleet, the Star of Dominus, and launches some lightning attacks. Surprised, the Dominion loses ground, the rebels string together victories and begin to organize, creating the basis for the government of the Exiles.

Unfortunately, the trend was reversed very quickly and the Exiles found themselves cornered. The Admiral then launches a last standstill to save the Exiled ships that can be and allows a large part to escape. He later joined them, seriously injured: the doctors made the decision to cryogenize him in case he could be saved by the science of the future. His ship, the Star of Dominus, is transformed into the ark of exile for these rebels. Renamed the Gambler's Ruin, it serves as a home for the Exiles while they find a new world to settle in. 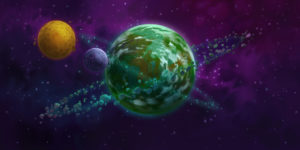 Will Nexus be the new world of the Exiles? Will they survive another confrontation with the Dominion?

SWTOR - Kill Them All: Ord Mantell and Tython ❯

SWTOR - Grim Temples in the Jungle

ESO - Presentation of the Thieves Guild

SWTOR - The first steps of a healer in BG

Add a comment from Wildstar - The Origin of the Exiles