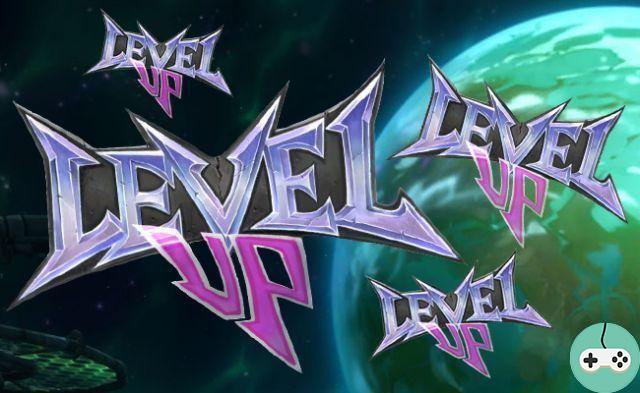 It is well known that the high-level content offered in an MMORPG is supposed to be able to give us something to eat for a long time, which is normally supposed to be all the time! There is so much on offer that sometimes it's hard to know where to start. So here is a guide that will allow you to know the most important points to get started.

Throughout your leveling phase, you have obtained skill points and AMP points at each level. Choosing how to use them is not necessarily easy. 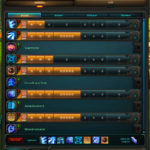 By passing level 50, you will have a total of 41 skill points et 45 points d'AMP, but no, it is not the maximum possible points! Indeed, the limit is 48 for skills and 55 for AMPs, but to reach it, you will have to farm!

One thing to know is that your experience bar will not go away, it will always be there. Once completed, you will get a save ancestral within the limit of 250 per week where you will then get gold instead. With these ancestral gems, you can buy skill points and AMP remaining, knowing that this first will cost 400 and the other 320. This is not the only way to recover these points, you can get them with reputations (1 point per reputation) or by performing different actions for the first time (finish a dungeon as a veteran, etc. The full list can be found here) 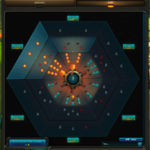 To return to the ancestral gems, you can buy skill points and AMP points, but you can also buy in addition to additional archetypes (we have 2 basic, we can have up to 4), equipment (which will also require other conditions), accommodation objects, frames and access for raids of the game (Key Génésis). 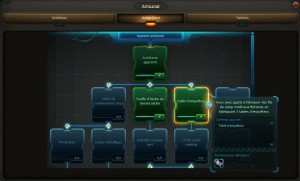 To know how to mount the craft, there is already a guide for it, but you should know that it is not not something to put aside, this activity having always played a very important role in MMOs. Through crafts, you will be able to make money at stake by selling to the auction house what you can produce and with these pennies bah ....... We always need money anyway, it's like in real life!

Apart from making money, it will always be useful, you can create different items and also make succès related to crafts.

The PvE part is the most complicated of the high level content. This phase will have several stages, more or less in this order: daily quests and contracts, adventures, dungeons, raids. 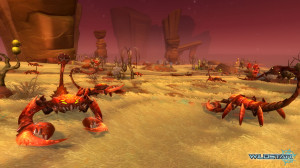 The daily quests will be used to obtain reputation to have access to theequipment area vendors which is a great base to start getting into high-level PvE. You will also have pets or decorations exclusively recoverable by this process.

The quests will also be used to obtain ancestral gems that are needed to unlock the skill points and points d'AMP missing. You can spend them at ancestral gem sellers in your capital who will also offer decorations, costumes, and mounts! 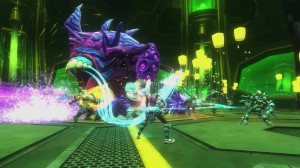 In addition to the daily quests, you can do at the same time contracts which will often offer missions to be carried out in the daily quest areas. Contracts will give you experience, rewards (which follow a progress bar and will give you some really good items upon completion), and reputation coupons that you can use for reputations you want to build faster.

Finally, still at this point, you can do veteran mandates, solo PvE instances that will give you equipment, as well as pets and mounts! Don't forget to pick up your Daily Warrant Quest at your Spaceport in the Capital!

After collecting enough equipment thanks to these means, you will be able to start doing adventures then dungeons (You can skip adventures, but they will allow you to practice group PvE content). Then, if you are brave, and if you have the opportunity and the time to join a raid group, you can get started! Consider buying the Genesis Key to the ancestral gem seller (now for 7po60 only) to complete the conditions of access to raids!

Bring out your guns, swords and resonators, it’s going to be some action! 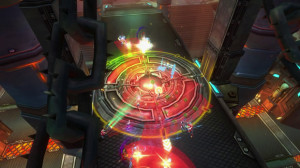 First thing to know: PvP gear will serve you more in PvP than PvE gear, even if it's really good! This is because PvP gear has features such as PvP Attack and PvP Defense which will increase your power and defense, but only against player characters, so if you don't have that gear, it might sting at first.

The good thing about this game mode is that you don't have to not especially need a prerequisite to be able to start doing it. You will certainly be more vulnerable, but it is only a matter of time, unlike PvE where, before raid, you will have to spend hours doing daily quests, adventures and dungeons.

So in short, if you want to do PvP, you do it and that's it! Of the'training to start and once you have some gear you can start Ranked PvP including Classed Battlegrounds, War Grounds, and Ranked Arenas! 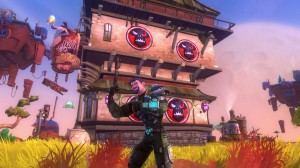 There are so many other things to do besides what I've just outlined so far, it's up to you to decide what to do with all that WildStar has to offer:

In short, I will not be able to list everything either, there are too many things, in any case there is something to do, you just need to be armed with patience, motivation and curiosity to try everything. what this truly complete MMO offers!


Do you want to be up to date and know all the tricks for your video games? In gamesmanagers.com we enjoy playing as much as you do and for that reason we offer you the best tricks, secrets or tips for you to play non-stop. We offer you quality content and always updated to keep you up to date. That's why, in our website, you will find not only videogame guides but also tricks, secrets and thousands of tips so you can play to the limit. Are you ready to get it? Enter now and enjoy your videogame!
ESO - Performance test et 4K ❯

SWTOR - KotET: the trailer has arrived!

Add a comment from Wildstar - What to do after level 50?