WoW - Event: Day of the Dead 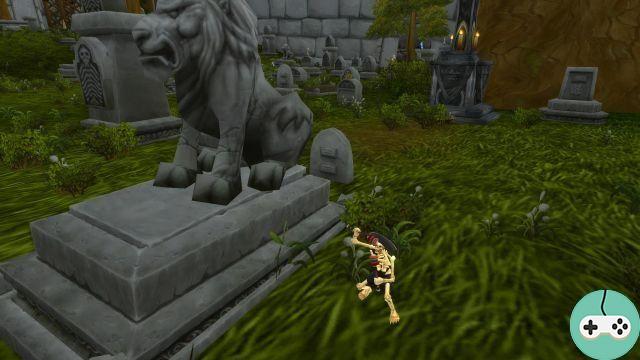 During All Saints' Day takes place in World of Warcraft the Day of the Dead (or rather the days). In 2014, Blizzard made some changes to the "Day of the Dead" event with 3 new achievements to accomplish: Beyond, Wind! and Calavera. Nothing very complicated however, it will suffice to obtain and equip a Belligerent Costume (like "Night Demon") and to defeat respectively one, twenty and fifty belligerents to unlock these 3 achievements!

Can't you feel it?

The spirit world draws closer to ours during the day of the dead. This is the reason why we decorate the graves of our fallen chiefs with flowers, candles and offerings. We are celebrating their return, even if it is only for a short time.

So come ! Dance with me! Let us cherish and honor the ghosts of our deceased, so that they can eat, drink and laugh with us, and know that they are loved.

In the cemeteries of the various capitals of Azeroth, you will find Chapman and Catrina, two NPCs with a gift of ubiquity:

With Catrina, you can dance (/ dance) which, in addition to giving you an achievement the first time around, will also disguise you. The girls will look like Catrina while the boys will take on Chapman's form. 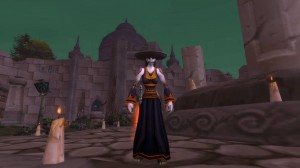 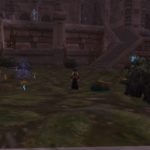 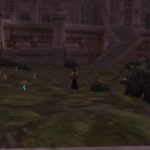 If you are in the cemetery of the capital affiliated with your race (human in Stormwind or orc in Orgrimmar ...) or in a neutral capital (Shattrath or Dalaran), you will see a quest: the grateful dead! 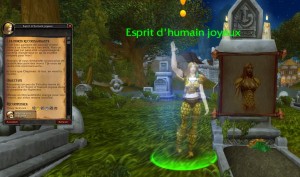 To complete this quest, you must purchase the recipe: Bread of the Dead from Chapman, learn it (requires 1 in the kitchen) and collect flour and ice milk. The flour can be found from a cook's supplies merchant (the easiest way is to ask for the location of the master of cooking trades in the capital); ice milk is bought from an innkeeper. 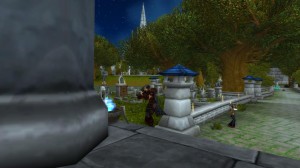 With all of the components in your possession, use the Chrysanthemum, locate a ghostly fire (small braziers with blue flame), and bake your bread! This quest rewards a new pet: Macabre Puppet. This level 1 undead mascot is green in quality. He has rhythm in his skin! 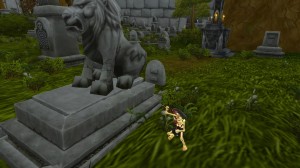 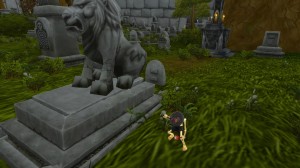 Add a comment from WoW - Event: Day of the Dead