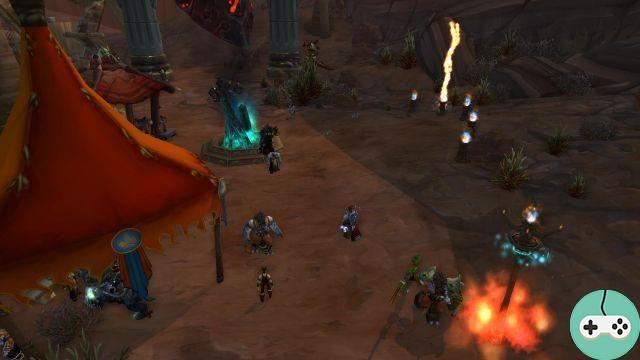 The world event, the Midsummer Fire Festival, returns from June 21 to July 5: 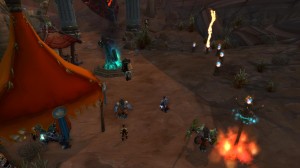 In the majority of major Alliance and Horde cities, one can pick up a quest (Teller of Summer Legends / Master of Summer Lore) that invites to visit an event NPC in major capitals:

This optional quest rewards a fiery flower. You will be able to get the other quests even without doing it. In the same location, you will be able to pick up the Incense quest for the Holiday Scorchlings (Horde / Alliance) which requires bringing Summer Incense to a Summer Burntin. You will find this emissary of elemental spirits just outside the capital cities, fast and efficient! Here you are with a new fiery flower.

Once you have completed these quests, you will have access to 2 daily quests, asking to perform the same tasks, just a few more targets / torches: 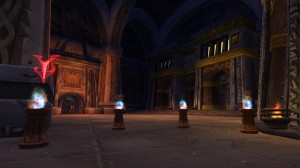 The object of the game is to send the training torches to the active blazes, with a big arrow above them. When you click on the object, you can aim, like area damage. You must not be too far from the blaze, otherwise it will not work. Since we have a limited time to hit our targets, I advise you to use a keyboard shortcut. You have to hit 8 targets to complete the quest. 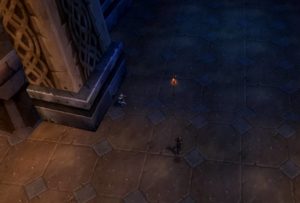 There, it is necessary to light its torches extinguished with a blaze then to launch it. You will have to run following the shadow of the torch to find yourself where it will fall in order to relaunch it. Do not look for an action to engage, the torch will restart automatically if you are in the right place. You have to catch the torch 5 times to complete the quest.

Another NPC in the camp will follow up with quests, Elder of the Earthen Circle. We'll have to go to Zoram Beach in Ashenvale and kill Cultists there to retrieve the Twilight Correspondence. Once done, the rest is taken with the invoked guide, an innocent disguise. Spy on the camp, disguised as beach crawlers before returning to the capital to warn the elder of your findings.

These quests grant 10 Burning Flowers and unlock a new one. daily quest which depends on the level: 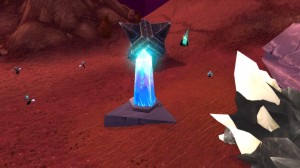 If you are level 65 or higher, you will get the Shards of Ahune quest which will ask you to go and kill Ahune in the Slave Pens. This quest, which can be done once a year, is not necessary to kill the boss but gives some welcome additional gifts: Tabard of Summer Skies or Tabard of Summer Flames as well as 20 Burning Flowers. 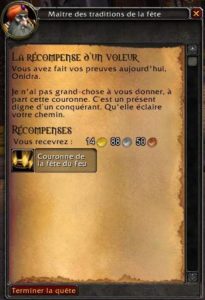 After stealing the flames from all enemy capitals, you will get the quest A Thief's Reward (Alliance / Horde) given by one of the NPCs in the event camps in the capitals. This quest can be completed right there, rewarding the Fire Festival Crown needed for an achievement.

You will be able to walk in all areas of World of Warcraft to accomplish different tasks:

I could have redone the map of all the locations ... but Wowhead did this so well, that I do not see the point. Here you can find maps of Kalimdor, Eastern Kingdoms, Outland, Northrend, Maelstrom and of course, Pandaria!

Note that by honoring the flames, you gain Veneration of the Flame which increases the experience gained by killing monsters by 10%. 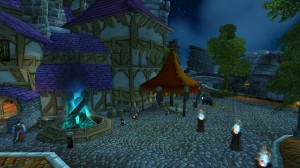 The easiest way to join the fight is to register via the dungeon tool. You can do this as many times as you want, but only the first time of the day you will get the Satchel of Frozen Goods which contains 5-15 fiery flowers and sometimes Icicle, a pet, or Lord Ahune's Frost Scythe. . 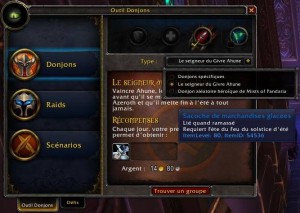 To summon the boss, you must first kill the naga defending the ice stone. You can then use the latter to call it. The boss is really not complicated. Tap the small enemies that arrive and then, when its barrier falls, tap Ahune. Once the boss is dead, those who have never killed him will collect the Shards of Ahune which allows you to start a quest that rewards 20 Burning Flowers and the Tabard of Summer Skies or Tabard of Summer Flames. 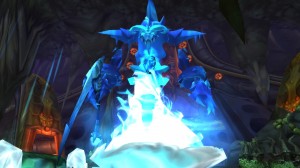 Perfect for a new 100 character or a second character! 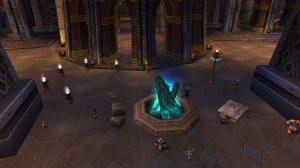 In the camps, you can find Merchants (Solstice Provider / Solstice Merchant) who sell different items for Burning Flowers. Some are necessary for the achievement of achievements. Please note, it is no longer possible to be reimbursed for an item of this type for 2 hours, think carefully before your purchase.

In addition, we have the novelties for 2015: 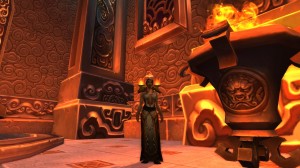 Finally, there are the two new achievements related to Pandaria: