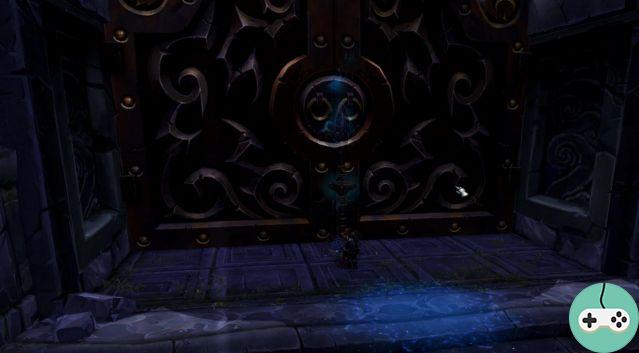 Thanks to the players' investment, the Isle of Thunder went to stage 5 a few days ago, unlocking a scenario, quests, a new rare boss (Molthor) as well as the possibility of completing new achievements ( I will come back to that later). 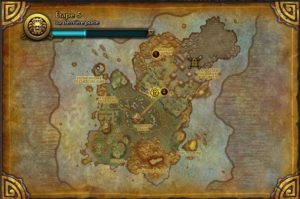 Here is the new solo scenario, Sea of ​​Storms Landing, seen by a character on the Horde side (the Alliance side scenario is very similar).

When we arrive, Aile-Tonnerre waits, always loyal to the post and we go on reconnaissance. Taoshi spots seven guards patrolling the sky, including one that flies far above the water, alone. She wants us to neutralize him and use his route. 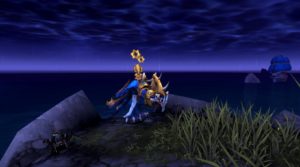 Once in the saddle, we notice a network of sentinel totems, woven by the shamans. We have to destroy 10 of them using our vehicle's only ability, Smoke Bomb. Things are not going very quickly and the areas to target are large. 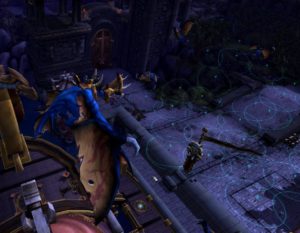 Once the bombs are dropped, we land at the ship. On board, many elite trolls but if all goes well, you will not have to kill any. Indeed, Taoshi has a stealth zone and the challenge of this phase is not to be detected. For that, you have to stay in the white circle (see below) and follow it, paying attention to the few patrols. Rest assured, if you get caught, Taoshi launches after a few seconds a purple fog around her: join her and you will pass again in stealth.

The objective is to neutralize 7 crew members thanks to the special ability, KO, obtained by approaching a troll (range identified by the red circle below), only if it is marked. of an arrow by Taoshi. The latter takes care alone of sabotaging the 4 siege weapons. 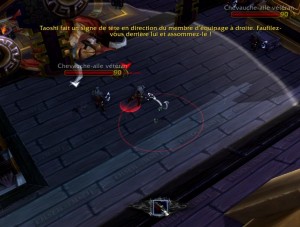 The captain is snoring peacefully at the bottom of the ship's hold and is not delighted to see us. He grabs what he has at hand (two legs on his table) and attacks us. It uses two main capacities: During the fight, a drunken Rider-Wing awakens and joins the fight with a terrible hangover. This fight is rather simple and the captain does not represent a big challenge (he should have watered his meal less last night!). 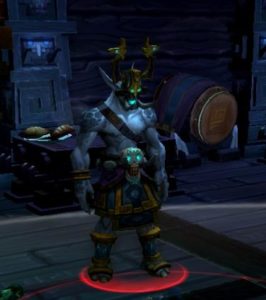 We are happy here to have cleaned the totems a little during phase 2 because we must avoid as much as possible to pass through the guarded areas on pain of being followed by a worrying ray (I admit, I forgot to test what it does when you are hit). As before, we take advantage of the stealth of Taoshi who continues to throw his purple fog if we lose the protection of the shadows. We therefore navigate between the totems with Taoshi to the platform where the final boss is located. 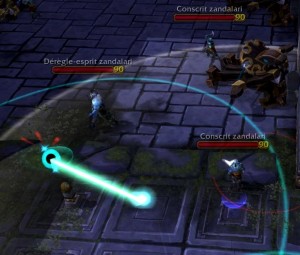 At first it really doesn't deal much damage. Certainly annoyed, he throws ax reinforcement which grants him a little more power, it is then advisable to walk him. Taoshi continues to damage him during this time, so he will descend decently even if you don't hit him again. Tired, he launches cessation and prepares to inflict a large area on the ground around him while trapping you in chains: it is of course necessary to destroy these chains as quickly as possible and move away. The boss's ultimate ability is the one that hurts the most. Angered, the boss summons a lightning storm. At each point of impact, this forms a small dangerous area on the ground. You have to hurry to finish it because the whole area is very quickly filled with puddles of painful lightning, especially as the lightning follows you (result I ran everywhere and in 10 seconds, impossible to find a free area). 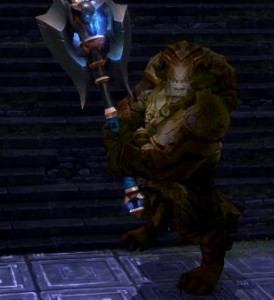 This final phase consists of recovering an orb of the gatekeeper from the boss and using it at the top of the stairs. Then arrive the cavalry (Elsia accompanied by foresters) and especially the portal which allows to return to the base camp to return the quest. 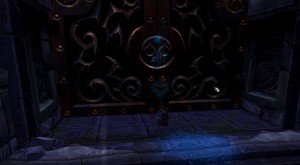 No change for PvP quests. On the PvE side, the quests in step 5 are also very similar to step 4. We just have one less initial daily quest, replaced by an additional final daily quest in the Oversized Vault. So it looks like this:

Here are the two quests listed for this step:

And as I took a little late, I go directly to the final phase during the day!

Add a comment from WoW - Isle of Thunder: Phase 5