As you may know, the Isle of Thunder evolves based on the involvement of both factions in the war effort. 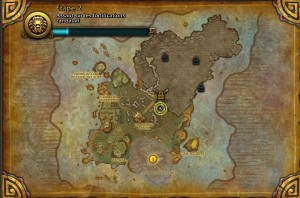 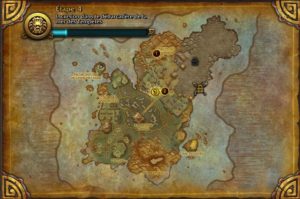 At each new stage, solo scenarios allow you to advance in history and discover new parts of the history of the island. On the test server, the phases are sped up and we are already in phase 4. I did these scenarios on the Horde side but the two sides are very similar, just a few dialogue details.

Tear down this wall

In order to progress, you have to bring down the wall that blocks the passage and secure the lower town. Lei Shen is determined not to let it go and sends the warrior god Al'chukla to meet us to make "these invaders an example."

As Scout Captain Elsia covers the flanks, we advance through the chaos to acquire the heavy explosives. 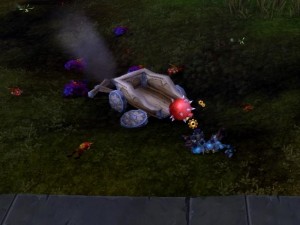 On the way to the wall, we meet different enemies: Zandalari trolls (often in pairs), a Zandalari colossus (1.5M life points), a powerful Devilsaur (1.9M life points) or ancient carapardoises (turtles) . All of them grant Black Prince reputation (beyond Revered) and are doable on their own, so feel free to do a little carnage. 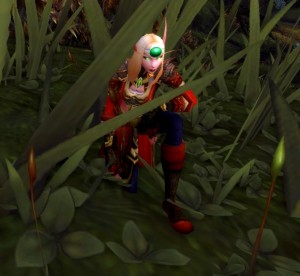 As soon as one finds Elsia, she rushes towards the wall with Lor'themar and drops a big bomb. No need to try to kill the enemies who arrive, click immediately on the bomb, they will all disappear when the final phase starts.

We must join the character we saw at the beginning with Lei Shen. In the company of a small army (blood elf in my case), we cross the Terrace of the Conquerors, where there are mainly Zandalari trolls who always give Black Prince reputation. Once there, this god-warrior is really not very strong and he should have negotiated with the emperor more important powers! Its most annoying (and fun) ability is lightning rod. It places an attractive area of ​​thunder on the ground, quickly move your character in the other direction where you will be grabbed and receive 25k points of damage per second. 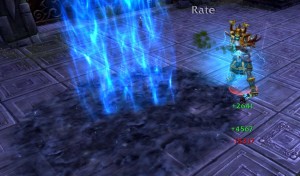 We found a pterreurdaile (ah?) And it's the only one that can be used for an air attack on the mining operation. Forward!

When we arrive, Aile-Tonnerre waits, hop, in the saddle and we go towards the entrance of the mine. 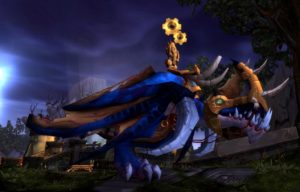 In flight, attackers arrive, mounted on other dinosaurs. Fearlessly, I leap through the void to defeat my attackers. Hope you don't have vertigo! 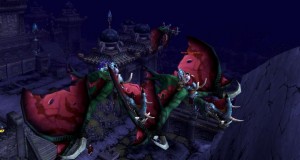 Horaki, the fighter, throws us off, boom! Fortunately, the fall is done without difficulty. This archer makes areas on the ground, a large red circle, which must be removed promptly. He also likes to immobilize on the ground (which can suddenly hurt with a bad combination of the two). Besides that, he is really not very bad. 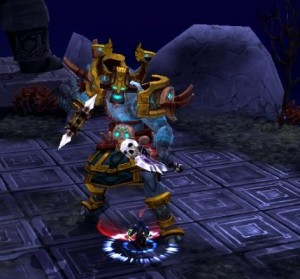 We join Taoshio, a cute pandaren. 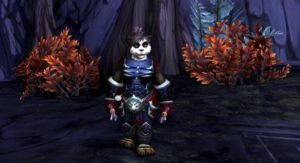 Taoshio sets up a bomb in front of the big rocks next to her, avoid staying next to it (rocks can hurt!). Enter the cave, Storm Vein. Watch out for stealth classes, the slaves see you! Kill Shan'ze's Slavers and Shockers.

Deep in the cave, the final phase is triggered. Taoshi (the pandaren) asks us to hold the attention of slave master Shiaxu as she removes the lock on the mine door. This boss places areas in front of him, which you have to get out of otherwise you will find yourself thrown back with damage. Towards the middle of the fight, it places 3 shackles that deal 8000 damage every 3 seconds and reduce movement speed by 60%. In order to get rid of it, you have to move away from the anchor point. 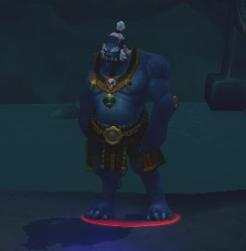 Once the boss is killed, the door explodes and arrives Lor'themar Theron. The Horde blacksmiths can now begin to study mogu techniques, against the advice of Taoshi who would want to destroy these abominations.

The rest of the story very soon!