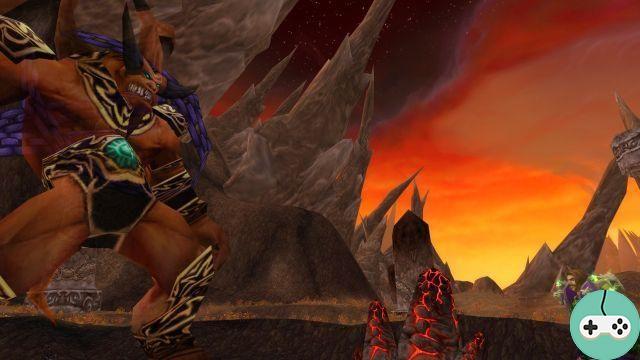 There is a new quest for Warlocks in the upcoming update (5.2). MMO-Champion and WowHead have made an article where they summarize all the information (of course, that can change by the time of deployment). Translation !

To begin this quest, you need to find a Codex of Xerrath, a rather rare item unrelated to obtaining. Currently, an NPC near the Shado-Pan garrison is giving the codex 100% (unfortunately I'm worried that too many warlocks on the servers will cause him to flee when deployed).

Once bound with a Healing Stone, the Codex launches a quest, an Unusual Tome, which asks to discover more about the origin of the book by speaking with demons. Each demon will have its own version ... not easy to disentangle the true from the false! A second quest follows, asking to return to a capital to contact a trainer (reader for the Dead Tongue).

This master recognizes the book and indicates that it is important for the Council of the Black Harvest, a circle made up of 6 master warlock trainers, allies to increase their power:

The quest will then really begin with Entlistment Orders (Alliance / Horde) and lead the warlock to search for fragments that will be found in areas of Outland (Netherstorm, Shadowmoon Valley, Hellfire Peninsula and Sharp). Once the fragments are assembled, the Soul Stone guides the Warlock (Seek the Signal) to the Black Temple where the welcome promises to be warm!

As a reward, we get beautiful green flames, like Illidan, the class right? Note that it will be possible to activate or deactivate this effect by talking to an NPC (Twitter).

Do not hesitate to have a look on MMO-Champion or on WowHead for the dialogues and more details!

SWTOR - A Riddle About Balmorra