A lot of players are increasingly interested in mounts. This is most certainly due to the arrival of the Mists of Pandaria expansion which integrated the mounts linked to the account. Indeed, before Mists of Pandaria, mounts were unique to each character. For example, if you had the Reins of Invincible on one character, the other characters on your account didn't.

Reins of the Bronze Drake can be obtained from the Infinite Corruptor at 100% in the level 80 dungeon The Culling of Stratholme on Heroic difficulty only.

Obtaining this mount is relatively straightforward, just reach the Infinite Corruptor and kill it within 25 minutes (after which it disappears) after the cleanse begins, not the dungeon. It can be found at this location on the dungeon map: 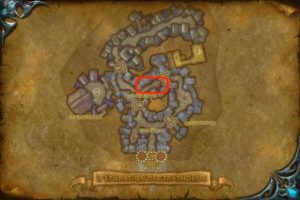 Tip: if you are level 90 or above, you can do this instance alone without any worries! 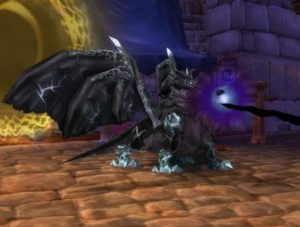 Reins of the Black Drake drops on Sartharion at 100% in the level 80 raid The Obsidian Sanctum in 10-player mode only.

Again, this mount is easy to get, just kill Sartharion without killing the 3 blue drakes that are scattered around him in the instance. Here's what these drakes look like: 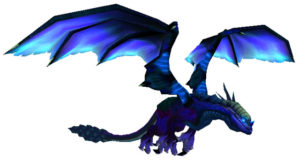 Hint: If you are above level 90, you can directly attack Sartharion. This will prevent you from wasting time.

Reins of the Twilight Drake will once again drop on Sartharion at 100% in the level 80 raid The Obsidian Sanctum in 25-player difficulty only.

It is about the same strategy: it is enough to kill Sartharion without having fallen the 3 blue drakes which are scattered around him in the instance. These drakes are the same as in 10 player mode:

Hint: In 25 player mode too, if you are above level 90, you can attack Sartharion directly. This will prevent you from wasting time.

Reins of the Armored Brown Bear can be obtained for 750 gp from vendor Mei Francis in Dalaran: 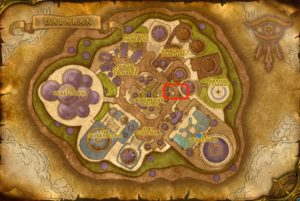 This mount is accessible for each of the factions present in the game, Horde and Alliance. She will also grant you the achievement Armored Brown Bear for 10 points!

The Winged Deckstrier is obtained, as the name might suggest, by earning 3 victories on Blizzard's free card game Hearthstone: Heroes of Warcraft. Once your 3 victories on HearthStone have been achieved, you will receive the mount by mail which will validate you the tour de force Hey, rosse of Warcraft!

The mount is the same color for each faction.

Finally, when you have reached the number of 50 mounts, you will obtain the achievement Leading the Cavalry which gives you the magnificent Albino Drake!


Do you want to be up to date and know all the tricks for your video games? In gamesmanagers.com we enjoy playing as much as you do and for that reason we offer you the best tricks, secrets or tips for you to play non-stop. We offer you quality content and always updated to keep you up to date. That's why, in our website, you will find not only videogame guides but also tricks, secrets and thousands of tips so you can play to the limit. Are you ready to get it? Enter now and enjoy your videogame!
SWTOR - Planning the livestream ❯