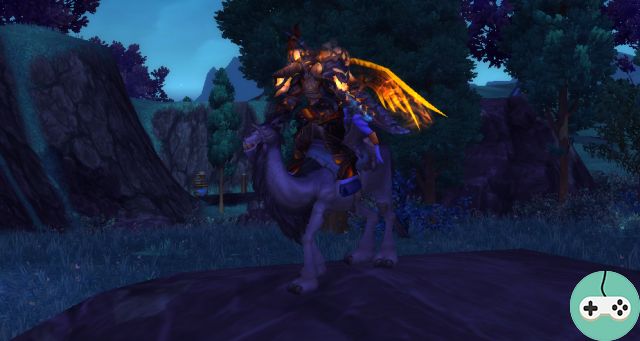 As we said in the Glow-in-the-Dark Stone Drake guide, the Cataclysm expansion has introduced some new rare elites such as the Time-Lost Proto-Drake that guarantees you a mount. The Reins of the Gray Camel is one of them. 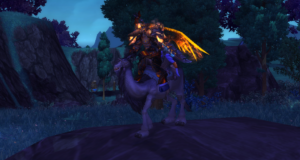 How do I get the mount?

Contrary to what we have seen so far, it will not be enough for you to kill a rare elite for it to grant you the mount. Indeed, to get the mount, you need to find a Mysterious Camel Figure in the Uldum region to click on it. But beware, they are really very small and often hide between crates or recesses! 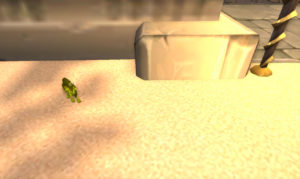 Unfortunately, there are two figures that have the exact same appearance and spawn locations. Therefore when you click on it, cross your fingers, because one will give you Ruined Statue Remains and the other will lock you in a Sandstorm cyclone which will teleport you in front of Dormus the Dromedary Collector , the monster to kill which will give you the Reins of the gray dromedary which can be found in Feralas. You will then have the Dormus Rage buff which requires you to kill Dormus within 20 minutes of being teleported. Finally, when you will have learned the mount, you will obtain the Tour de Force Sieve of the eternal sands which gives you the sublime title "the collector of dromedaries". 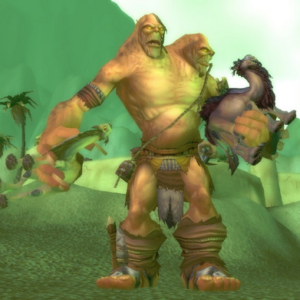 However, I will give you my tip at the end of the guide to differentiate the two miniatures and thus know which one will teleport you in front of Dormus the Dromedary Collector!

Where to look for the figurines?

Here is the route (in red) to cover. The dots in blue represent the places where I have most often seen figurines. 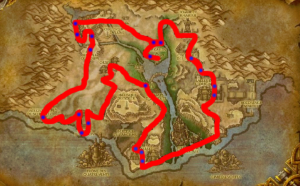 You can travel this route in any direction you want, it doesn't matter!

Mysterious Dromedary Figurines have a regular and fairly precise respawn time. Indeed, a figurine will always appear 6 hours after the previous figurine appeared. As you can see, the hardest part is finding the first figurine. After that, all you have to do is come back every 6 hours to find another one. Finally, these miniatures could be targeted in Cataclysm, but they are no longer, but this does not mean that the add-ons no longer detect them.

Tools to facilitate obtaining the frame

There are several add-ons to help you on your adventure. These allow you to detect, target and indicate the path of the various rare that are in the region where you are:

As I told you, there are two similar figures that appear in the exact same places. But, thanks to the NPCscan add-on, you can tell if the one you have found is the one you want. To do this, go to the game to open the NPCscan interface panel, "Research" tab and "Personal PNJS" sub-tab. We will add the Figures here to have a special alert for each of them.

Once in the "Personal PNJS" sub-tab. you should normally have this below:

What will this manipulation produce? It's very simple: when you detect one of these figurines, the alert will appear on your screen in a classic way but with the name you entered in the middle of the window. Thus, you will know in advance if this one will give you the Dust Remains of ruined statue or will teleport you to have the mount!

The frame in video

I got the frame using the method I just told you about. I also used the NPCscan trick to find out if the figurine I found was the right one or the wrong one. You can also see the text "MONTURE!" located in the middle of my alert window in the video that follows.

Add a comment from WoW - Mount Guide - The Gray Dromedary