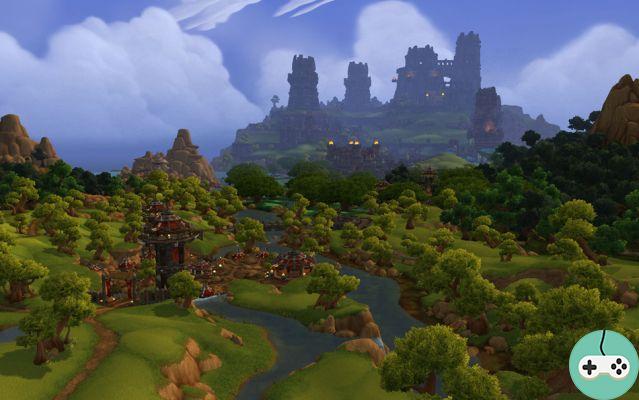 2 days ago, Watcher explained to us that they had deactivated the "anti-grind" system, even if he prefers to speak of "anti-exploitation" mechanism. The goal of this system has always been to avoid abuse and especially power leveling (when a high level character takes a lower level character to quickly gain levels).

As a result, they didn't have much choice but to limit the experience gained on certain bosses or enemies that reappear regularly. And they did not find it very nice for legitimate players who did not gain or little experience. Their goal has always been to instead set up a system invisible to most players to discourage players regularly killing the same enemy to gain experience. Quests, dungeons, or PvP are supposed to be more lucrative than they are. WoW has never been a game where killing enemies is most effective.

Since the restriction was too tight, they turned this feature off to investigate how it works and see how they have a more focused approach before they turn it back on.

This isn't intended to be an "anti-grind" mechanic. It's intended to be an "anti-exploit" mechanic that programmatically addresses power-leveling abuses, with the aim of letting us reward legitimate players more generously. In the past, we've often had little choice but to drastically reduce the experience awarded by certain respawning bosses or enemies that are locked in combat with other NPCs, because otherwise they'd be abused. That always felt bad to the regular player who was just passing through in the course of questing or exploration and got unexpectedly little or no experience for killing something. The goal was to come up with an approach that would be invisible to most players, but discourage sitting there and repeatedly farming the same mob for long stretches of time in order to gain experience. Alternatives like questing, dungeons, or PvP are all supposed to be more lucrative than that - WoW has never been a game in which mass-killing mobs for experience was the most efficient route.

That said, clearly this implementation is far too strict, and is triggering from a wide variety of normal activity. We're going to disable the functionality entirely and look into a much more narrowly targeted approach if and when we reintroduce it. Apologies for the inconvenience and the lack of response on the issue - we were working on understanding exactly where the algorithm was going awry, and now that we've done so, we'll be taking action in the near future.

add a comment of WoW - No more anti-exploitation system