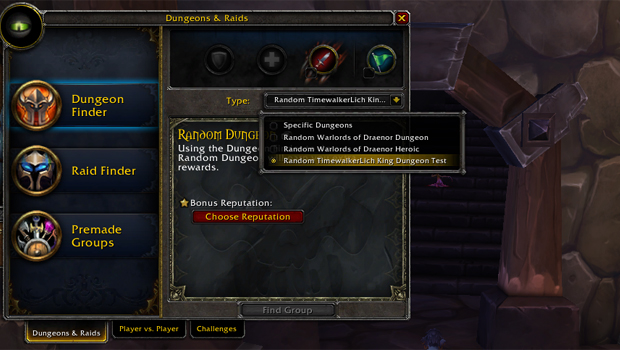 Blizzard Watch posted a screenshot of a new feature that briefly appeared on the test server and has been talked about for a while: Timewalking or, as it will be translated into English, time excursions! 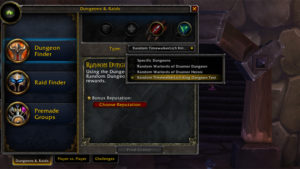 Currently my fourth tab is empty so unfortunately I cannot test for you. When the author clicked and validated, he ended up in Halls of Stone with an item level of 175. 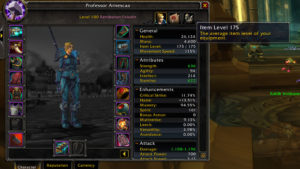 It now remains to know what the bosses will give as loot, it has a priori not gone further. Can you expect useful loot from normally obsolete bosses? How difficult will this instance be?

These answers have been given in part in a official article appeared that night. The objective is to make special weekends, from Friday noon to Monday noon, allowing to perform old dungeons with a new type of "heroic" difficulty: when we go back in time, the power of our character and of his equipment is reduced to a percentage of normal.

On the loot side, they plan to improve the equipment present in each dungeon. So at Utgarde Peak we could once again get a Red Sword of Courage with useful stats at level 100! They're also planning a level 100 quest that can drop one Tempered Seal of Doom per week. 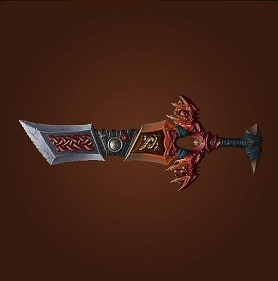 The following dungeons are planned for the coming weeks:

Our character will be upgraded to level 71 for Burning Crusade content and to level 81 for Wrath of the Lich King.