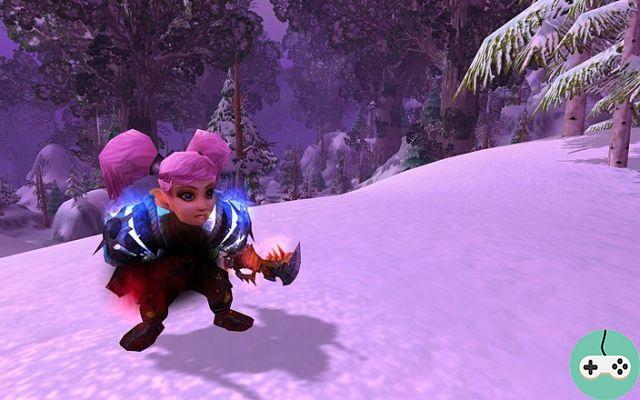 Here is the second melee class that we are going to present in this "Class Choices" series. Again, here I won't be talking about how much potential damage the class can deal or how hyperpower they are, but what their playstyle, strengths, weaknesses and how one should look at. play his character. Today is the turn of thief. 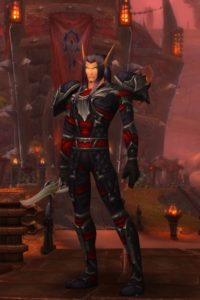 The thief, this deceitful character who murders in a dark alley in Orgrimmar or Stormwind. Camouflaged in the shadows, he only acts when the situation is certain, when retirement is possible. He unleashes all of his destructive potential and flees in a cloud of smoke before his victim realizes what is going on.

Well, in World of Warcraft PvP it's a little bit more complex. If you want to play your character by rushing towards your opponent as soon as you see him and trying to hit him until death ensues, the thief is not for you. In any case, not at the maximum level. Indeed, if the thief has the possibility of camouflaging himself, it is not simply to attack by surprise, but also because his survival depends on it.

The thief is, according to many top level players, the most complex class to learn, but also the one that offers the most possibilities if played very well. In this article, I won't go into each of the three specializations available to the thief, but I will focus on how to approach PvP combat, and its strengths and weaknesses. 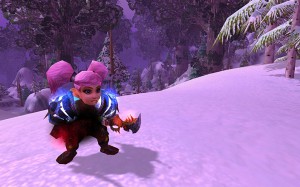 Camouflage: it is the thief who decides when the fight must begin, this allows him to know in advance how he will be able to take advantage of the environment, to separate an opponent from his partner for example, or simply to flee. Throughout the fight, he is the one who leads the dance, and his opponents are only in the reaction if they can. Thanks to knock out, he can immobilize an opponent if his location suits him, control a possible partner of his target to delay his intervention. Dark March allows him to reduce the chance of being detected while in action. A thief who does not have the advantage of engagement will be in bad shape and have little chance of winning. To overcome this, he has the disappearance, reset by Preparation to be able to re-camouflage himself during a confrontation and redo a “clean” combat opening. Be careful, however, of the effects of magic, poison or bleeding over time that come out of the camouflage. Against magical effects and poisons, it is possible to use Shadow Cloak. Against the effects of bleeding, it is possible to use the dwarf racial skill ... or pray to the great spirit of Papa Penguin. But as far as I'm concerned, that last solution never worked. If nothing is available and the thief is still in difficulty, his only solution will be to run as far as possible or behind an obstacle to try to get out of the fight (6sec) and to camouflage himself manually.


Its controls : the other asset of the thief is his ability to prevent his opponents from moving, or even simply from playing. For this, he has the tourniquet for the casters or the low blow for the others. Then, he has the treacherous sting applicable 6 to 8 seconds on his target or on another enemy thanks to Redirect, dismantling, possible paralyzing poison. Also, thanks to blindness, surining or even the smoke bomb, he can very effectively control a possible partner of his target, or quite simply use it to flee in a perilous situation. We can also add to that the kick, usable after a step of the shade. All this makes the thief an adversary feared by healers. 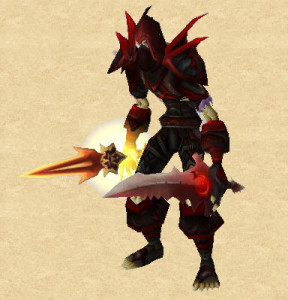 His survival: it is THE weak point of the thief. The reason why the thief cannot be played just any old way. Despite a good regeneration conferred by conversion when it is concealed, the thief has in all and for all two defensive spells against the attacks which are intended for him. One against physical damage and the other against spells. I named Escape and Shadow Cloak. After these two spells, the thief finds himself "quite naked". Its last possibilities of survival are then found in the camouflage. 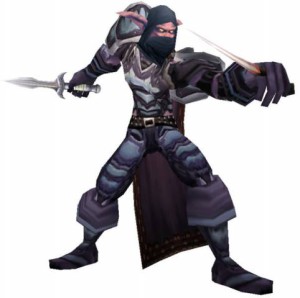 With a correct mobility without being exceptional, the thief is a special class, with a particular charm that appeals to some people and disgusts others. All the difficulty and its potential lie in the ability with which the player will manage to camouflage himself, get out of combat, manage his special spells. A badly played thief will be easy prey. In contrast, a well-played thief can be particularly spectacular and destructive.

Note however that for Warlords of Draenor, many changes are coming and I understand that the thief is about to receive a certain overhaul. Dismantling and the silencing effect of the withers are destined to disappear. At least, that is what is being announced for the moment. However, I don't think the "spirit" of the class changes that much.

add a comment of WoW - PvP Melee Choices: The Thief