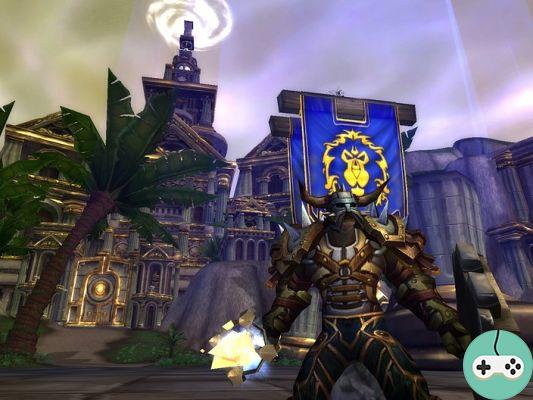 This is the first article in a series that aims to help new players in the world of player versus player (PvP), choose the class that is best for them for fun. This guide is not intended to indicate which class will be the most powerful, especially since it remains quite subjective, specific to the player who handles it and this may vary from one update to another.

So yes, it is clear that we have more fun killing our opponents than when we literally get run over by everyone. But some players will find their pleasure precisely in the challenge that this disadvantage offers, or in the ignorance of other players for their class due to its low representation. I will therefore not discuss the damage inflicted by each class here, but the style of play.

With the announcement of a level 90 character implanted directly for Warlords of Draenor, many will wonder about the class they want to afford, and possibly change characters for the occasion. We will be going over the melee classes as they are currently in Season 15. We start today with the warrior. 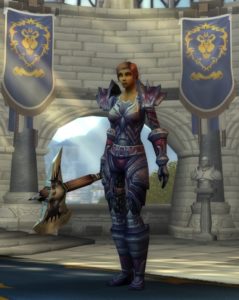 In the history of role-playing games, the warrior remains the symbol of melee class. For each, it is the mono-neuron "nag" which launches into the fray without thinking and which distributes blows on all sides without ever weakening.

In instantiated PvP, the Weapons Specialist Warrior is arguably the most complete class available today. Its great mobility allows it to establish constant pressure and its various controls make it a poison for spellcasters. In so-called "savage" PvP, it also has its effectiveness thanks to a good rotation of its control spells and its defensive spells. 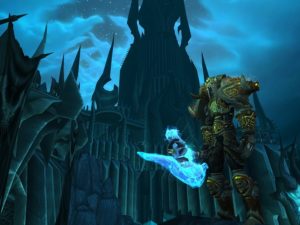 Its mobility : Thanks to his two charges and his heroic leap, the warrior has the constant possibility of returning to melee. In addition, he can use his intervention on his partners or his banners as a means of rapid movement. The Warrior also has the ability to reflect spells or use his Bladestorm to deal damage without being interrupted. At high level, the warrior will constantly be the target of novas, branches or other nets, it will become essential to use the Protect talent at level 75.

Its controls: he has indeed many means to prevent his target from developing his game. Faced with a caster, he will be a real pain. With suitable talents, such as the deflection of mass spells as well as the shock wave, or the storm lightning, he can on the one hand delay to avoid a significant influx of damage, or on the other hand prevent a player to flee and use his control and defensive spells.

His defensive spells: In addition to his mobility, and his controls, the warrior has for him some spells that allow him to increase his chances of survival, some of which can also be used by his partners. Despite a large cooldown, their large number allows them to annihilate important phases of incoming damage. Among the personal spells, we first find simply the defensive posture, which is to be used imperatively when the warrior is the target of attacks, against a loss of rage and therefore fairly light damage. Then we have the Protective Wall and the Edge of the Sword which each have a significant cooldown. Finally, the demoralizing banner and the rallying cry allow them to protect the warrior but also his partners. In the same spirit, do not forget the disarmament in the face of melee! 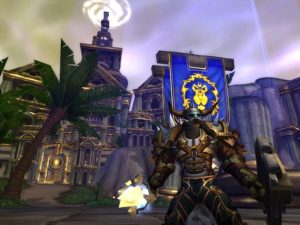 Its regeneration: despite a very good range of defensive spells, the warrior is dependent on a healer. Indeed, his regeneration spells do not allow him to have a significant importance especially because of the traumatophobia. The only talent useful at this level turns out to be the second wind, which, coupled with defensive spells, can delay death for a few seconds but if the opponent keeps his damage improvement spells or controls the warrior at 35%, this regeneration will be futile. In addition, the slightest little area spell or over time, will descend slowly but surely the warrior to 35%, in the absence of a healer.

Its controls: strangely, the warrior's controls are both his strong point, but also his weak point. As developed previously, the warrior has many proximity controls. However, apart from Storm Bolt, which requires sacrificing a Damage Talent, other control spells like Shockwave, Disturbing Scream, or Shout of Intimidation have only a very limited range. which makes controlling an enemy healer rather impossible. In the arena, in addition to a healer, the warrior must therefore accompany a class with controls, such as a mage or a hunter. 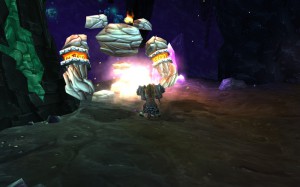 As we speak, the warrior is for me a pleasant class, because it has a higher average "uptime" * than the others and it allows to have a chance against each of the other classes. Note, however, that with Warlords of Draenors, a lot of things will change. Disarmament will disappear for all classes, the storm lightning will be placed on the same level as the shock wave, making the combination of the two impossible.

* Uptime is the time spent in melee dealing damage or controlling, and not running behind target or being controlled yourself.

Do you want to be up to date and know all the tricks for your video games? In gamesmanagers.com we enjoy playing as much as you do and for that reason we offer you the best tricks, secrets or tips for you to play non-stop. We offer you quality content and always updated to keep you up to date. That's why, in our website, you will find not only videogame guides but also tricks, secrets and thousands of tips so you can play to the limit. Are you ready to get it? Enter now and enjoy your videogame!
SWTOR - The Grand Army of the Republic ❯

Add a comment from WoW - PvP Melee Choices: The Warrior