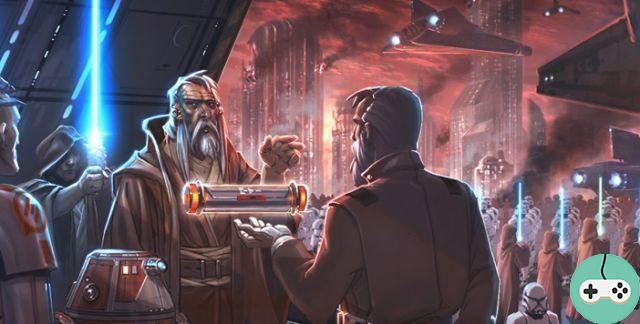 Contrary to what many people believe, an army is not a single, uniform bloc. If this were the case, military strategy would be limited to a starting placement and a single charge. No, you have to break it down into smaller and smaller units to deploy them in more different and flexible ways. Over time, depending on the uses made of them, these units have become more specialized. Some have nothing to do with each other anymore, and it is difficult to confuse them. On a galactic scale, these organizations have become large enough that each one can be confused with armies. But the only one who controls all this remains the Supreme Commander of the Armed Forces of the Republic.

When we talk about the army, we first think of the units that go onto the battlefield, mainly the infantry. And it is indeed the main body, the most numerous. Most soldiers go into battle with just armor and a rifle. The paintings they display on their armor depend on their units, and have no more meaning. But then again it would be misleading to believe that under these small decorations, they are all the same. Scouts, deminers, blockade breakers, rapid intervention units, snipers ... So many different roles that certain units play. The preferred area for deployment is also a specificity to be taken into account as many planets offer different backgrounds. And the infantry does not fight alone in the army. The battlefields are bordered by artillery cannons, which seek to take down as many enemy infantry as possible before the melee begins. And armored vehicles can be deployed as troop or freight transport as well as as fast combat units (in irl armies, armored sections are the heirs of the cavalry) or heavy, depending on the models used. And the whole forms only one and the same section of the Armed Forces of the Republic.

If the transport on the surface of the planets and moons depends on the deployed army itself, the transport between these planets and these moons requires special logistics. This pushed the development of a whole parallel branch. The fact that the two have very little in common is illustrated by the use of different ranks for similar roles (as evidenced by a codex entry on Ord Mantell). The primary role of the Fleet is therefore transport, but these military vessels must also protect their merchandise. Hence the presence of weapons and shields. From there, the idea came to use them in space battles, where they are assisted by a special section: Hunting. Here too the ranks are different from the Fleet, referring rather to those of the army. These small single-seaters and two-seaters are armed only to destroy enemy elements. The vehicles used by the Fleet are very diverse and correspond to several tasks and functions: transport (from the shuttle to the cruiser), admiral cruiser (tactical fortress), medical frigate ... And all have armed combatants on board. For the most minimal needs, a security team is sufficient. But in situations where collisions are to be feared or if it is necessary to create bridgeheads, it is groups of commandos which are stationed on board (called irl of marines, or marines in the US army) while awaiting these fights. . 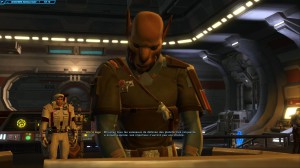 The army of the Republic may well be powerful and numerous, there are always elements that pass under its nose. Information that escapes him because we do not develop the thought patterns that allow us to imagine them. Or quite simply that the High Command does not have time to verify each specificity of each planet. To remedy this, it is necessary to resort to specialized groups. This may be local militias and troops (as in Ord Mantell, Alderaan, Balmora, Belsavis or Corellia), which will have to be spared politically even if they are less well equipped to withstand the shock. Or mercenaries like the corps of Corsairs, usable for specific tasks. To add also political decisions related to the Senate of Coruscant. For example, the main spy and intelligence organization of the Republic (SIS) is a civilian organization. Its director collaborates with the Supreme Commander, but is not his subordinate. Only a partner. As senators vote on laws and budgets, they can thus grant themselves privileges that the army must support even if it judges these orders to be contrary. Politicians have thus already been given military commands for no apparent reason (small clarification, this is not the case on Taris where the garrison has a legitimate reason to help and submit to the local governor). Let us add that these senators often travel with bodyguards (like the gold and blue guards of the Supreme Chancellor) from a civil organization. Finally, the last of these paramilitary groups is the Jedi Order, which has no official status with the army but which an old convention pushes to make them play the roles of officers during joint operations. 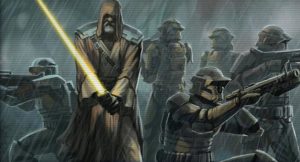 The Special Forces are elements apart from the Armed Forces of the Republic. The previous sections and their sub-divisions explain what they cover when recruits come to enlist. But we do not join the Special Forces. The best of the other army corps are invited to join them. This ultimately results in a real microcosm reflecting the state of the global army. These elite troops have to take on particularly difficult missions, but also secret missions bordering on espionage. Thus, there are elite fighters united in squads, each member of which represents a specialty, but also particular vessels with their crews, their own intelligence services and even their own Research and Development services. The officer in charge of this section, General Elin Garza, is renowned as one of the most hot-tempered of the High Command. It has even been suspected on several occasions of violating the Treaty of Coruscant during the Cold War. Since its services cover the military spy agency, it is evident that it did so for the good of the Republic. However, following a scandal uncovered about Rishi, she recently had to resign from her post. 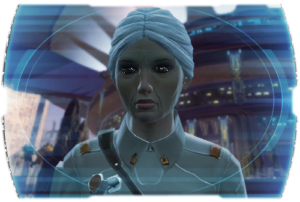 If the Special Forces represent the elite of the fighters of the Armed Forces of the Republic, the Research and Development section looks like a dead end in a career. It's just a matter of serving as guards for laboratories and scientists. That's not to say this section isn't important. If the army funds this research from its budget, it is for nothing. Some are working on new special weapons. While others are doing more generic research, but which will not have to be bought from private parties, who would not hesitate to open the market to the enemy. Innovations which can therefore tip the scales in the right camp if they are developed in time. Command of this section has been given to General Mon Calamari Var Suthra, a supporter of the Jedi cause. The latter suffered greatly from the infiltration of Sith agents by Dark Angral in his entourage. Several of his special weapons were stolen, and Darth Angral nearly broke the balance in the galaxy before the Hero of Tython stopped him. When war resumed on Corellia, General Var Suthra requested to return to active service, leaving his seat and a whole legacy to be rebuilt. 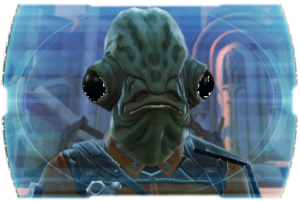 Any large machinery of a certain size needs a solid back office to function (roughly) properly. That of an army is called stewardship. Elements responsible for transporting the various necessary resources are seconded to all the army corps, but it is perfectly possible to make a career there without approaching the least bit of a battlefield. There are stewards, but also cooks, doctors ... In short, all the non-combat roles of an army. The most prestigious post is that of aide-de-camp to an officer of the High Command, that is to say of an officer sufficiently senior to discuss the overall military strategy and to command an army. When an officer reaches the rank of colonel (rear admiral for a Fleet officer), he has the choice between remaining in his post in the field or joining the High Command. A general (Admiral for the Fleet) integrates it automatically. The Special Forces and the Research and Development section are automatically headed by one of their members. The others have no fixed command, and are deployed according to circumstances and campaigns. At their head is the Supreme Commander of the Armed Forces of the Republic, the general (or admiral) directing all the different sections of this tool of war. Already a former incumbent during the Great Galactic War and the Rampage of Coruscant, General Rans had not succeeded Admiral Duro Stantorrs for a long time when he had to manage the battles of Corellia and Illum. His temperament does not agree with the policy desired by the new Supreme Chancellor (who appoints the Supreme Commanders), he was immediately replaced by the recently promoted Jace Malmom, who is therefore now in charge of the entire army of the Republic. . 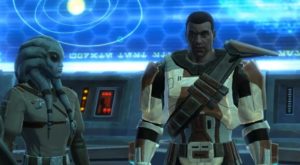 And opposite, does the Empire have a similar organization? Yes and no. Some of the sections are similar but the whole administrative organization is different. For example, the politics between the high-ranking Sith and the murderous rivalries that this entails prevent the existence of a Supreme Commander or Special Forces that would be too powerful an asset for anyone to lead. The Secret Services are militarized there. Not to mention the names of the sections, army corps and ranks which are different and sometimes cover very different attributions. The two great armies facing each other in the galaxy are therefore very different.

add a comment of SWTOR - The Grand Army of the Republic