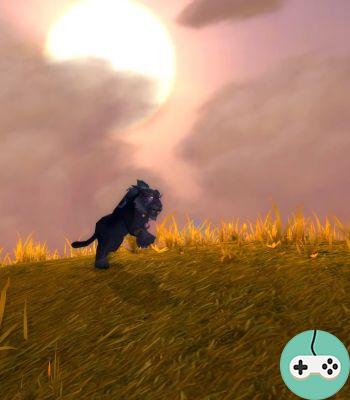 For this fourth episode of the series "Choice of melee", it is again a hybrid class that is in the spotlight. You are going to say to me: "At the same time, apart from the death knight, only that remains ..." And you will be right! Still, today we are going to focus on a class that is quite pleasant to play, but also quite a headache insofar as it is, I think, the one that has the most different techniques. Who says a lot of techniques says a lot of possibilities, but also says a lot of shortcuts to place in your action bars! For your greatest happiness, please welcome the fierce druid. 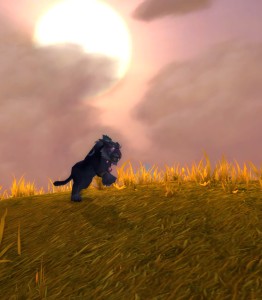 Residing peacefully at the edge of a lake of Reflet-de-Lune, or within the plains of Mulgore, the druid lives in harmony with nature, plants and animals. It is only when this serenity is threatened that he takes action to dearly defend this land which saw him be born. For this, nature gives it magical powers, but also the possibility of metamorphosis into different animals. The druid's fierce specialization is the one that puts the most emphasis on his metamorphoses, with the guardian specialization (Bear). Moreover, they have for a very long time formed only one and the same branch of talents, Blizzard having recently decided to separate them, for the sake of class balance.

The fierce is a dangerous feline which, hidden, lurking in the shadows, jumps on its prey to devour it. We find some similarities with the thief mentioned in a previous post, insofar as he has the same system of resources (energy and combo points) that he also has the possibility of camouflaging himself, and that it is therefore also he who engages in combat. However, we will stop the comparison here because the two classes do not play out in the same way over time. The ability of the druid to change shape is essential in the way in which his game should be approached. 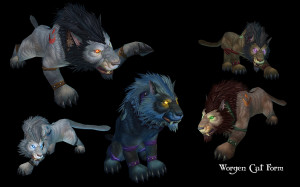 His survival : it is the main asset of the fierce druid. This name "survival" includes both regeneration, defensive spells but also the mobility of the specialization. Indeed, when in difficulty, the fierce druid has several viable possibilities open to him. First, it has the bark which, with the appropriate glyph, is for me one of the best defensive spells in the game, given its low cooldown (1 min). Then, he can metamorphose into a bear to increase his resistance and his number of hit points. In this form, he is endowed with specific spells to reduce the damage he takes or heal himself such as Frenzied Regeneration, Survival Instincts and Ursoc Power, which can save him time to recover health points. The bear metamorphosis is however especially effective in reducing damage when the opponent uses his special offensive spells and the druid has no other option but to take them, or when an allied healer can heal him. Because obviously, it is certain that in bear form, the fierce inflicts very little damage and his opponent is less in danger at these times. On the other hand, there is another solution to avoid the damage in feline, this solution it is ... the escape! Against melee classes mainly, but not only, the druid has different means to outrun his opponent: haste, roaring rush, travel form, to which we can add the level 15 talents which all three have their own. utility. In addition, you should know that each time it changes shape, the slowdowns and immobilizations that affect it disappear. During his flight, in addition to the slowdown that he applies naturally, he has various means to slow down or immobilize his opponent. Roots, Cyclone, Nature's Grasp, Mass Entanglement or Typhoon, or even Ursol Vortex and Force of Nature, are just as many spells that make the druid a difficult target to catch. Thus, the feline has a lot of ways to move away to use its Recovery and Healing Touch healing spells or to re-camouflage itself.

Massive damage phases : Thanks to the Savage Roar spell, the fierce druid can be permanently endowed with a very significant damage improvement, especially if he equips himself with the corresponding glyph. In addition, he can further increase his damage every 30 seconds with Tiger's Fury. This done, activating Bersek, will remove any restriction of resources and he will chain a large number of damage techniques. If the druid had taken care to place Bleeds like Rip, and he can get behind his target's back to use Shred, the result can be fatal to his opponent. 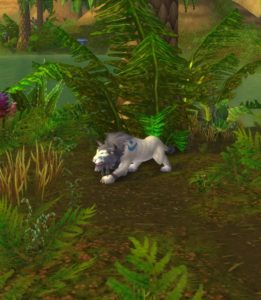 Its controls : it is not so much the absence of controls which is detrimental to the fierce druid, because indeed he has the Cyclone which is perhaps the best control of the game. It is especially the difficulties encountered to place it. The cyclone requires an incantation of 1,5 seconds which, for a melee class is very long because it can be interrupted. In addition, it requires being in humanoid form, and it is generally at this time that the opponents take the opportunity to stun the druid, because in a vulnerable situation. Aside from that, he can stun his enemies with Mutilate, but which consumes combo points, and which is usually insufficient to kill a healer; or thanks to the Powerful Dire, which however has a fairly long cooldown and limited range, and which is on the same skill level as the Disorienting Roar, short and brittle at the slightest damage. On the other hand, it has a rather interesting ranged interrupt spell, but 13m is still quite short in practice when faced with ranged classes. As for hibernation, it is effective only against its Druid counterparts.

Its sensitivity to controls : just like the vengeful paladin presented above, the feline can be completely manipulated in certain situations. The druid has the particularity of being in the form of a beast 80% of the time. However, this gives him immunity to metamorphoses from shamans and mages, but he will be constantly under the threat of hibernation when he faces another druid, or under the threat of Scare a beast, when he is in presence. of a hunter. And as a melee, the fierce must be at the heart of the melee, so it becomes very difficult for him to hide behind a post or any other obstacle to avoid the controls, despite his speed of movement. This handicap is most felt in instanced PvP like arenas and is less of a problem in 1v1 or outdoor PvP situations. 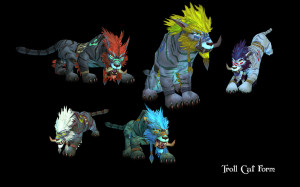 The fierce druid presents a certain charm, its different forms, this flexibility and its support make it a rich class. His healing spells can be extremely effective from time to time thanks to the Heart of the Wild, he has a deliverance of corruption to dispel possible spells and wyvern stings on his partners. What emerges when playing feline is a feeling of autonomy, of freedom. But playing fierce doesn't mean spending all of your time in feline form, there are also plenty of other little things you can do to fully harness the potential of the class. It is also this diversity of techniques that will mark the difference between a good player and a less good one, between a bloodthirsty beast and a sweet little kitten.