WoW - Scenario: A Dagger in the Night 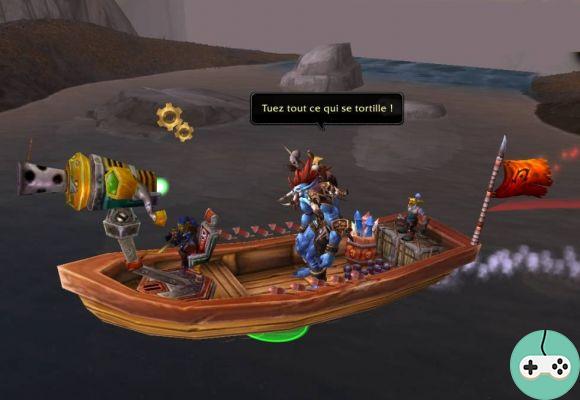 This scenario, added to 5.1, is intended for 3 level 90 Horde characters and takes place in 6 phases in the mysterious area of ​​the backstairs. 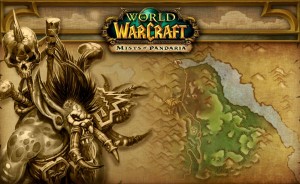 When we arrive, we find Rak'gor Razorblood and Vol'jin (we have a quest to return to him if we caught him at Domination Point). We then go to phase 2 and we go in search of the cave of the sauroks in their company, quickly joined by Geignard Glissécrou lagging behind, the goblin engineer met earlier during the daily quests. It seems that an old magic reigns in these caves, you have to go and check!

Near the river, the first saurok attack, the saurok patrol, and the darkborn lizardlord. For the latter, I advise you to use the traps that Vol'jin poses, it will stop it. This will allow the followed characters to survive a little longer! Indeed, he likes to concentrate his attacks on a person for ten seconds who has every interest in running. Below we see the eyes on my head as well as the boss, caught in the trap (the big purple ball): 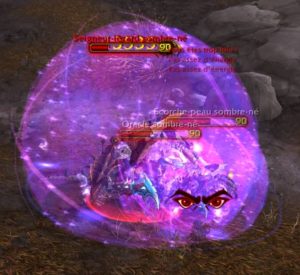 Vol'jin (again him) also places a totem that heals for 20% health per second (this is valid for the rest of the instance).

HearthStone key following the game organized on the forum

It is now time to enter this famous cave. Hurry, there is a place of choice, in the boat, and you have to be the first to click on it (the others then just have to follow on one of the 2 banks). The boat has 4 capacities:

Thanks to this, the player-sailor will be able to help his companions on land and kill in priority the darkborn sorcerers who try to prevent the boat from progressing. 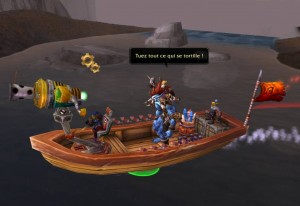 When we arrive in the cave, at the level of the Old Passage, Vol'jin wants to find out where the saurok are coming from with us while Geignard guards the boat. Avoid treading on small eggs unless your goal is to test your AoE damage. 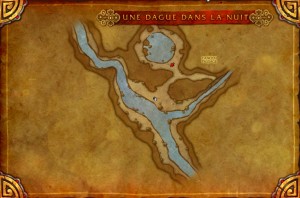 As soon as we arrive at the level of the small cross, we find the brood master Noshi. 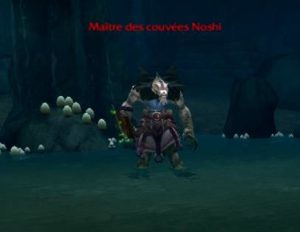 This boss is particularly naughty (think of the healing totems set by Vol'jin) with 15.7M hit points. However, it has the advantage of being fought alongside Vol'jin so if you die, come back quietly (be careful when you come back to take the right bank). His fight is based on the same principle as before, you have to run (and quickly) when you are fixed by the boss. He finally has the annoying habit of sending players flying (and therefore in the eggs ...) and sometimes, large rocks fall from the ceiling, the point of impact is symbolized by a black shadow, easily visible.

The truly lethal thing about combat is its death nova that instantly kills any player with their heads in the air who doesn't protect themselves under the big bad voodoo of Vol'jin.

As soon as the boss is dead, explore the room and go look at these two tablets, to the west and to the east, statues representing former Mogu emperors. 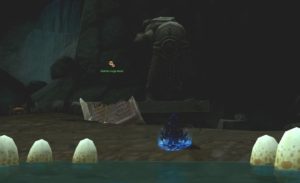 A dissension then appears in our group between Rak'gor Razor-Blood and Vol'jin. The first wants to use this dark magic to sculpt flesh and create warriors while the second is against this idea: "to create monsters? That's not why the Horde exists!" Angry, Rak'gor slaps Vol'jin who collapses. 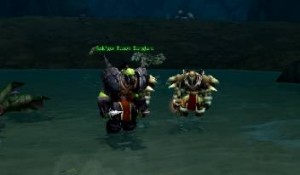 The scenario therefore ends with the fight against Rak'gor Blood Razor (8.8M health points) and his two Kor'kron bodyguards. In turn, he likes to fix his attention on a player who must therefore run. Healing totems are essential for tanking it for any class whose role it is not. He uses a range of knives and regularly, he drops a gas bomb on the ground (healing effects reduced by 75% and suffers 40k Nature damage per second) which inflicts heavy damage (do not hesitate to change totem from care if the poison is on it).

At the end, Vol'jin is on the ground: "Keep fighting! There are others who think like me. We must find them." We make a blood pact with him

It is done. Now we are in the same boat. Until the end. I will disappear for a while. Do not forget me. 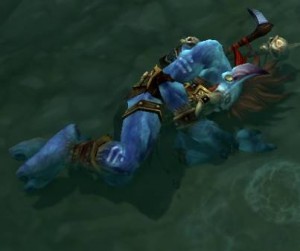 Add a comment from WoW - Scenario: A Dagger in the Night