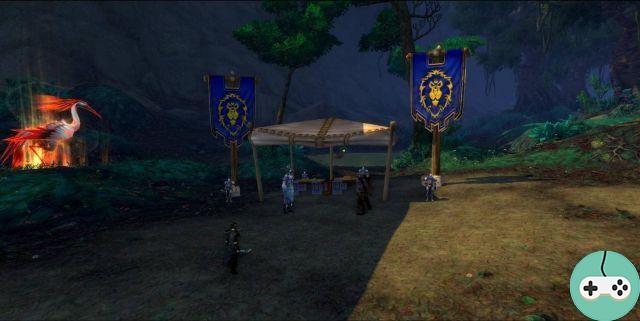 This scenario, added to 5.1, is intended for 3 Alliance level 90 characters and takes place in 2 phases. The Horde are cornered in the Temple of the Red Crane in the Krasarang Wilds by the Alliance. Tyrande Whisperwind wants to take advantage and attack without delay while King Varian Wrynn refuses to be trusted by appearances and prefers to use patience to lure the hordes out of the protection of the holy place ... 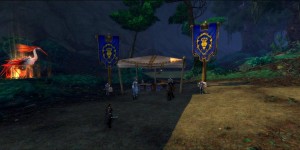 During this phase, it is necessary to help the two groups of workers (from 2 faction alliances) to build their defenses. First, go talk to each little bubble to start the construction: 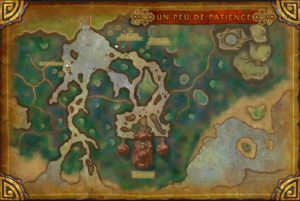 Construction then begins and you have to find different elements around, exploit the surrounding flora and fauna! We have a few constant objects:

And a few items depending on the race: 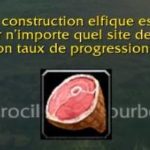 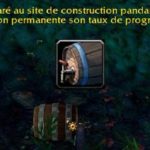 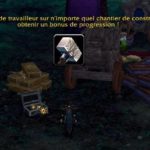 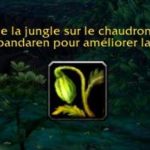 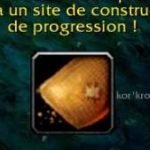 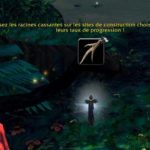 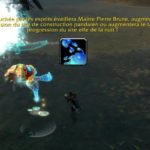 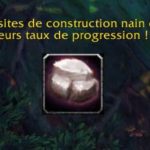 Two events are to be taken into account: the falling asleep of the pandaren camp and the attack on the night elf / dwarf / jinyu camps. In the first case, it is necessary to wake up the Master Pierre Brune (attention, only him) with water touched by the spirits. In the second case, take out your weapons and fight (the elites are rather bad, depending on the equipment). Namely, workers like to see you defeat an enemy, providing an additional improvement. Progress is indicated by a gauge at the bottom of the screen, displayed when you are near a camp. 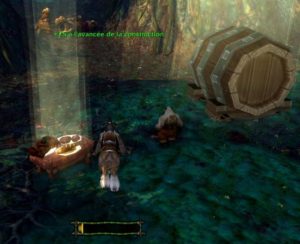 As soon as the 2 camps are completed, the final phase begins, consisting of killing Commander Cutter seen during the cutscene at the start. There are previously 2 packs of big elites, they hurt! The boss in itself does not present a big challenge. I noticed two abilities: he jumps on a random player in the group (we can't help it) and he turns all red, full of rage, and follows someone for 15 seconds (who of course has to run to avoid his melee attacks).

The two warlords are happy with the strategy and congratulate each other! Another Alliance victory!

Add a comment from WoW - Scenario: A little patience