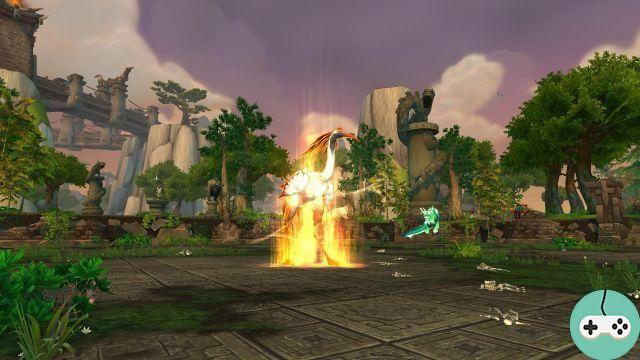 On the Isle of Timeless there are five non-instance bosses: the 4 Venerable Stars and Ordos. Today we will focus on the 4 gods: Yu'lon the Jade Serpent, Niuzao the Black Ox, Xuen the White Tiger and Chi'ji the Red Crane who are in the Court of the Venerable Stars, in the center of the Isle.

Modeled on others of the same style, they drop Season 14 PvP loot (neck, back, finger, wrist, hands, waist, leg, boots) and iLvl 553 T16 PvE set loot (legs and hands). It is possible to use a token (war seal) to get an additional chance of loot.

The stars must all be slain for the Path of the Emperor quest, one of the last steps before obtaining the Legendary Cloak. 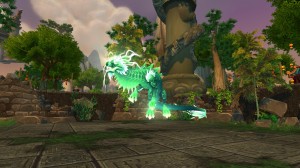 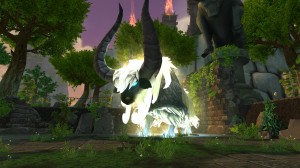 With this boss, you will understand the extent of the expressions "strong as a buffalo". First advice and not the least: avoid the impulse. It inflicts 1 physical damage to you. If you are tanks, keep the aggro as much as possible because Niuzao will charge with a head butt the second on his aggro list, it is better if it is you!

We know that Niuzao is robust ... but he doesn't necessarily think the same thing about you. He will therefore use the Toughness of the buffaloes: the improvement increases players' health points by 20% and their damage by 10% per charge for 2 minutes.

When Niuzao is at 66% and 33% health, he will charge all around him. It will inflict 500 physical damage to enemies within 000 yards every second. One piece of advice: flee as far as possible!

A word of advice for healers: mass healing will be very useful against this boss. 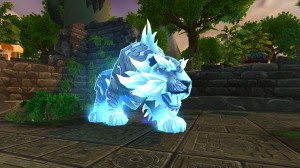 If you are tanks, swap the boss every 4-5 spectral sweep charges. Xuen knocks players into a 15 yard cone, dealing 300 physical damage and reducing armor by 000% for 10 minute. Only one tank remains in front of the boss in order to collect it.

You absolutely have to dispel the Agility on the boss. Also watch out for the crackling lightning that Xuen launches. It deals 500 Nature damage and will spread to nearby targets, so it's best to space out.

Finally, when Xuen leaps towards a player, he likes to perform a Spectral Sweep on landing. Run away ! 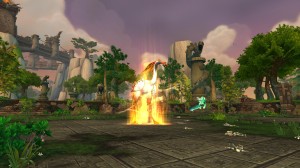 The most important thing is to interrupt the Inspirational Song because Chi Ji heals himself for several million health points ... which can considerably lengthen the duration of the fight.

Chi Ji will select a player who becomes a Signal of Hope, a circle of light appears around him. The entire raid must get inside and stay there for as long as the boss casts Blazing Song (20 seconds). Otherwise, it is death assured.

When Chi Ji gets close to 66% and 33% health, melee DPS should be ready to go because it will heat up. Chi Ji uses the Crane Rush which brings in many Chi Ji cubs. They move away from the boss and summon a flaming nova that deals damage, a lot of damage!

Finally, watch out for the Firestorm. This vortex of flames moves, inflicting 200 fire damage to any player it meets. As much as possible, space yourself out to limit consequential damage.

Additional advice is welcome, so let us know!

GW2 - Overview of the Destroyer