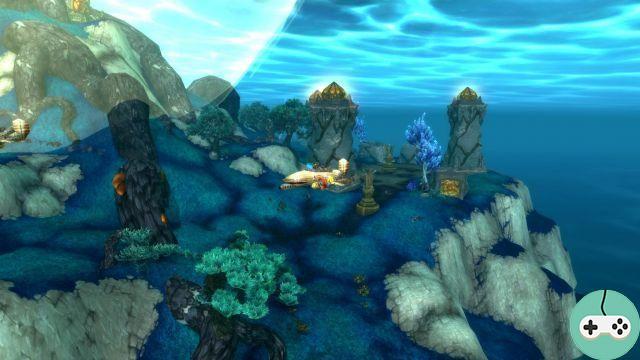 This scenario, added to 5.1, intended for 3 characters of level 90, offers 4 phases and takes place on the island of Zan'vess (southwest of the Dread Wastes). 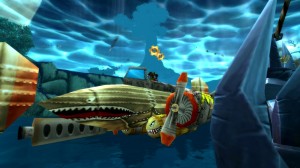 When the scenario begins, we are on a large ship flying over the island. Small propeller planes are available on board, allowing us to launch an attack on Zan'vess Island. The kor'kron driver of our vehicle explains the situation to us:

Someone did the job for us, Onidra. Shield generators throughout the island protect Zan'vess' heart, preventing us from accessing the cache. If we don't get rid of this shield quickly, we'll soon be overwhelmed.

The vehicle, a Kor 'Kron gunboat, has two capabilities:

Spam 1 based on objectives and activate 2 when missiles are aimed at you. If like me you never see the missiles coming (although the pilot yells "missile approaching"), you can activate it continuously, you will only be exposed for 2 seconds every 6 seconds ... it's better that all the time! 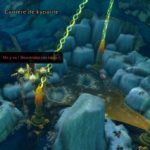 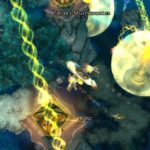 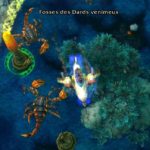 This phase is separated into three sub-phases where we must destroy the sonic control towers and deactivate Zan'vess' defensive shield. Be sure to follow the pilot's instructions every time and everything will be fine!

Once the towers are destroyed, you land on the beach and advance to the heart of Zan'vess once again in two sub-stages:

On the Scooter route, you will come across members of the 7th Legion. Kill the priestesses as a priority (when there are any), they have the annoying habit of treating their compatriots. You will also notice a new very handy special ability to defeat some big packs, the Scrap Race (launches a bombing mission on the target location with 45 seconds cooldown and 30m range). Use this ability as soon as possible, including on the boss! 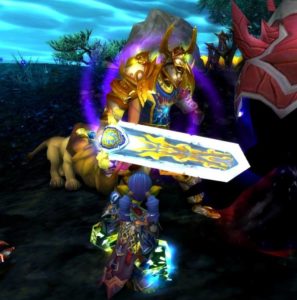 The boss himself can quickly hurt. He has several abilities to take into account and in particular his ability to fix a player who must quickly move away. Watch out for its vortex, deadly if you are not a good big resistant tank. Finally he sometimes takes the urge to jump on a player with his devastating blow, not much to do here, just cash.

Once the Scooter Team Leader is dead, head up the road (you can dodge packs) to the heart of Zan'vess. The final phase then begins. 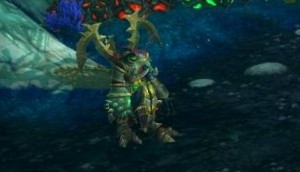 This final phase involves defeating Commander Tel'vrak to retrieve the contents of the Mantid Weapon Cache. The boss himself hurts quite a bit, but it is especially all the teeming zan'thik who join the battle that can become complicated to manage. So remember to use your special ability, grape shot, take turns and everything will be fine.

The boss changes weapons three times during the fight. He begins the confrontation with his sword, he obtains master of the blades, the person who has his agro therefore has every interest in running if he is not resistant. Then, at 50%, he opts for daggers with speed that gives him burst. He quickly becomes too fast to be walked, you have to endure ... Finally, at the very end of the fight, he takes out his bombs, obtaining a bomber. He's going to throw bombs! around him, finish him quickly!

For the Swarm: Defeat Commander Tel'vrak without killing a single swarming Zan'thik.

Well done, I am proud of you!

Add a comment from WoW - Scenario: Assault on Zan'vess (H)