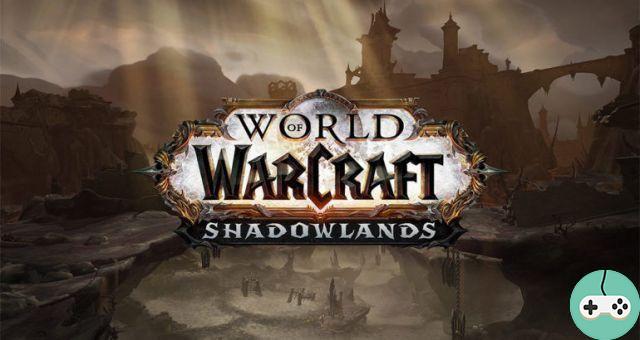 Despite the Shadowlands postponement announced a few weeks ago, October 14 marks the start of the pre-patch, initiating many changes.

For example, there is a new starting area, a revamp of the leveling up, a special event featuring the Scourge and new customization options. Important changes, which we will detail in dedicated articles.

There are also many other more specific changes that we will be compiling here.

Completed level 120. 50 is now the max level (pending Shadowlands). Adjustments are also made to items and characteristics. So the damage amounting to millions is over, we come back to a little smaller values. 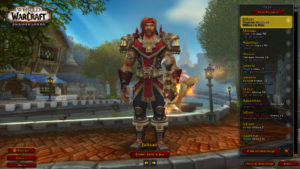 By creating a new character, a "beginners" channel will be available in the chat, up to level 20. It will also be possible to post as a "guide" to have access to this channel at level 50 to help beginners , with however some prerequisites:

Theft will be unlocked for everyone in Draenor and the Broken Isles, no need to obtain dedicated achievements. It will also no longer be necessary to obtain the Exalted reputation of the associated faction to unlock an allied race.

And for amateurs, the Bastonneurs guild is currently deactivated.

No more corruption! Corrupted equipment will no longer be corrupted, and the associated effects will therefore disappear. As a result, DAME no longer offers Evil Cores to improve Ashjra'kamas. 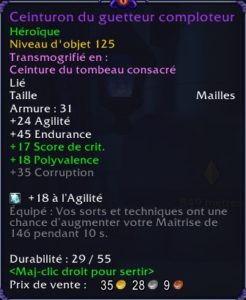 Due to the overhaul of leveling up, heirloom items lose their experience bonuses. They do, however, gain new effects, in the form of set bonuses: 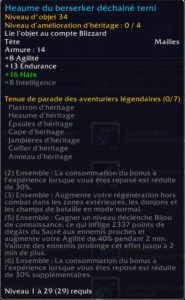 Some minor changes, but really welcome for playing comfort. This is particularly the case for the navigation marker, which appears directly on the screen to show the objective. Another novelty that I find excellent is the possibility of placing markers on the world map, which we can share in the chat. 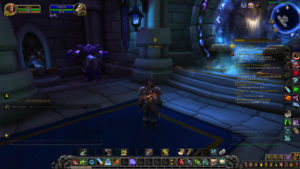 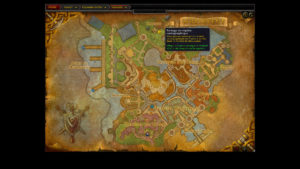 There is also a more precise sorting of quests, a reorganization of spells in the grimoire, a mail notification on the character screen (useful for multiple rerolls). And also more accessibility options, including the ability to assign keys, character movement, camera, to a controller.

Also note the "Quick shortcuts" mode, which associates a key on the keyboard with an action in a much simpler way. 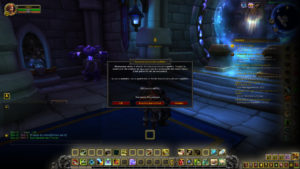 So much for a few changes that I find important. The full patch notes, with all the changes, are available on this page.

Landmark - Clarification on the founders packs