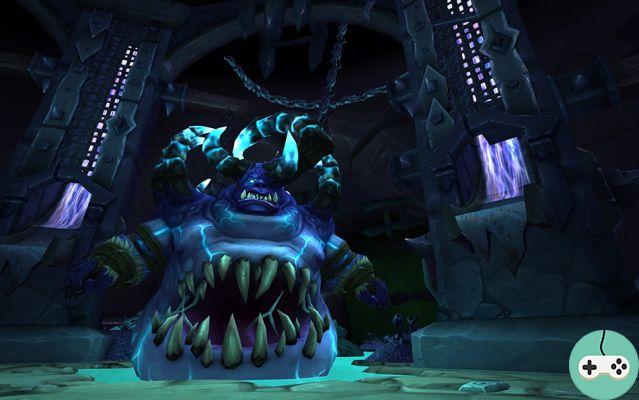 Now that you've beaten Kilrogg, you feel like hitting bigger; and for once, you will not be disappointed! Prepare to face the enormous Gorefiend who just wants to devour you. 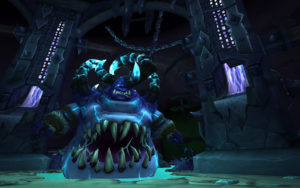 In the fight against Gorefiend, there are two levels of combat: the platform and the boss's stomach.

Regularly, during the first phase, Gorefiend will lay Shadow of Death on a number of players (including 1 tank, 1 healer and DPS). After 5 seconds, those players "die" and their souls are consumed by the boss's stomach. They are found in the stomach (be careful not to go up too quickly by going to the middle of the belly) and must manage several types of additions in less than 40 seconds: 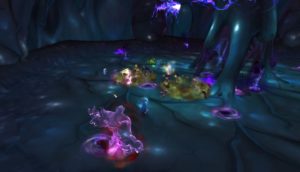 Note that if a player dies on the platform (apart from the Shadow of Death spell) and it is automatically consumed by Gorefiend's belly (so the player can revive). Upon emerging from the belly, players suffer Gorefiend Corruption which prevents them from being consumed again for 3 minutes. If there are too many players affected by corruption, the next Shadow of Death is fatal.

Depending on what the players have done in the stomach, there will be some adds on the platform (the ones that have reached the center of the stomach):

Other Gorefiend spells for the platform

While some players play in his belly, Gorefiend casts spells for the remainder of the raid.

Every 25 seconds, it casts Doom Touch, which explodes when the effect expires. Affected players must move away from the raid (to the sides and back of the room) within 8 seconds to trigger the blast away from their allies and not to clutter the raid with Doom Wells.

Every 30 seconds or so, Gorefiend casts Shared Fate, affecting three players. The middle player is immobilized and the two other chained players must run towards him to free each other. You have 10 seconds to do this and to avoid massive damage.

Gorefiend then casts Crushing Darkness, which unleashes plenty of small explosions that you have to get out of the way. Finally, he also uses Breaking Shadows, causing marked players to deal damage to nearby allies, so we move 5 yards away!

Phase 2 is a rather difficult passage for the healers. Gorefiend will cast Soul Feast, a channeled spell for up to 1 minute. Its objective is to regenerate its energy and bring it back to 100 points.

While channeling the spell, Gorefiend will summon Unstable Souls into the room and pull them (along with the raid) to its belly, even if players are stuck at the edge of the platform. The role of the tanks is to intercept Souls while the DPS and healers are grouped together. 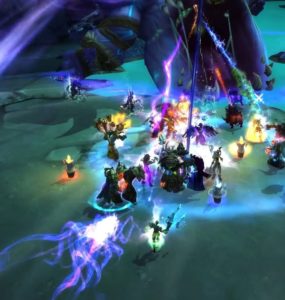 It is important to note that Gorefiend takes twice as much damage during this phase and that DPS should retain their large damage spells for this time (including Heroism - or equivalent).

Once phase 2, phase 1 starts over but don't forget to kill all the adds you can!

WoW - BlizzCon - Changes made with WoD