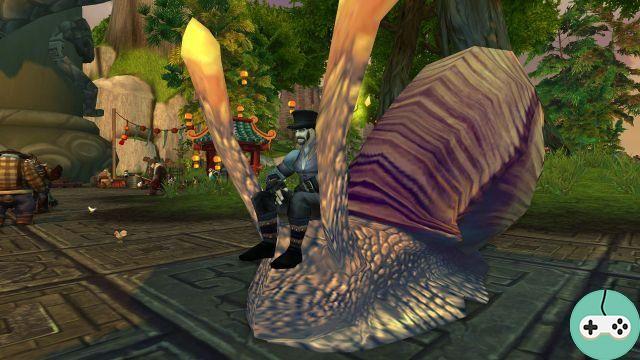 I have already briefly mentioned some items that can be found on the rare ones in the dedicated article, but what can you actually buy in this new area? The main currency is the Timeless Coin which can be found in chests and various containers, by killing rare, by completing quests ... but that is not the topic today!

On the island, a new reputation is being built with Emperor Shaohao whose spirit is on the western part of the Court of the Venerable Stars.

For generations, I have protected my people in the mists. Yet with each new champion that stands in front of me, I realize my mistake a little more. May you learn a lesson from the history of Pandaria, as I did.

I put an s but I don't actually know if there are several. Indeed, I was surprised to see a salesman, perched on a large snail, Siffleur, merchant of the time, with an elite gray portrait, specific to the rare. 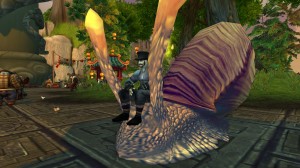 He sells cosmetic items for mascots: 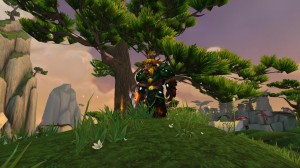 It ties in with a new type of activity exclusive to Timeless Isle that should delight PvP enthusiasts. First, buy the censer from him, at 2 Timeless Coins, and use it. 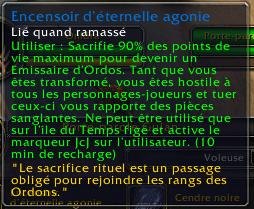 We then become an emissary of Ordos, attackable by everyone, including those of our faction. Killing an emissary rewards 1 bloody coin allowing the purchase of various items: 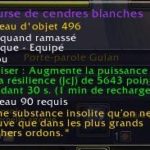 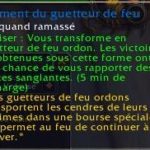 This monkey collector is in his cave in 59, 40, surrounded by chests and objects of all kinds. He sells a single item, a Koukourou Cache Key for 500 Timeless Coins. This piece will allow you to open a timeless chest of the room and maybe get a nice gift (or not). 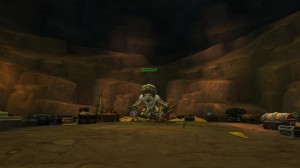 An article will be dedicated to this part but I had to speak quickly about its goods. When you participate and win a Venerable Celestial Tournament, you win a coin, then allowing you to purchase pets and supplies from Master Li (34.7, 59.7).

It will be noticed that the Pandaren still like to eat, drink and have fun. The most interesting merchant can be found in 41.1, 63.8, Ku Mo, a little panda who sells handmade kites and in particular a mascot: 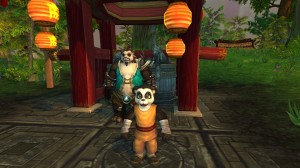 There are many beverage sellers all around the arena with well-known master brewers such as Bo, Blanche and Lao Chin la Panse de Fer ... 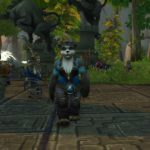 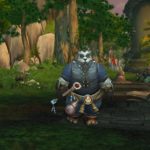 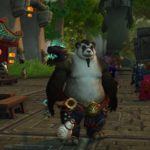 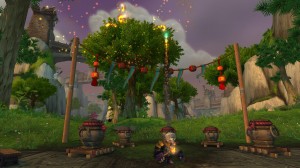 ... not to mention the famous Kun-Lai fashionable noodles by Frère Nouille ... 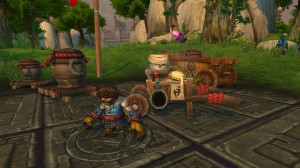 ... unless you prefer your river-style noodles! 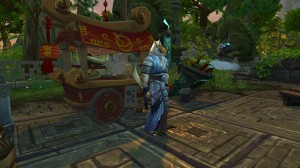 Even the dwarves are involved in Sinistrepine Redbeard. We will notice the attempt to make local by its hairstyle! 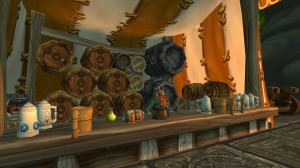 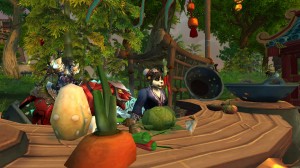 This is just a small overview of the various food vendors that you can find around Cour des Astres Vénérables! Watch your line!

If you have found other merchants, do not hesitate! I was able to forget some even though I am starting to know the island well.

Update of a subject published on August 06, thanks to data collected on the test server.


Do you want to be up to date and know all the tricks for your video games? In gamesmanagers.com we enjoy playing as much as you do and for that reason we offer you the best tricks, secrets or tips for you to play non-stop. We offer you quality content and always updated to keep you up to date. That's why, in our website, you will find not only videogame guides but also tricks, secrets and thousands of tips so you can play to the limit. Are you ready to get it? Enter now and enjoy your videogame!
SWTOR - Countering a Lightsaber ❯