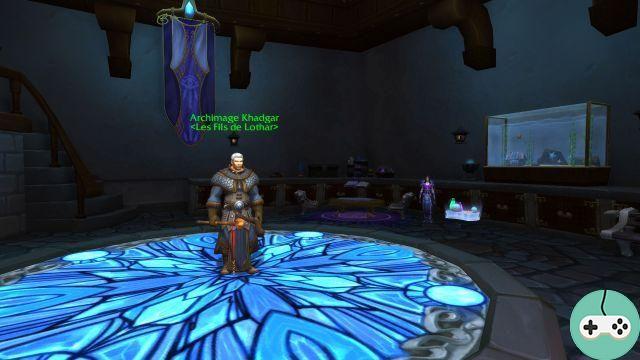 Who says new extension, says new legendary object. In Warlords of Draenor, we are offered to create a legendary ring. This time, however, no PvP and the quest starts earlier ...

Chapter I: The Archmage's Call

Newly arrived at level 98, you will see in your stronghold a servant of Khadgar looking for you (his exclamation mark is orange). He will give you a first quest (Call of the Archmage) which will consist of going to find Archmage Khadgar in his tower, in Talador. 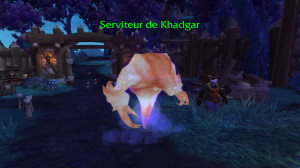 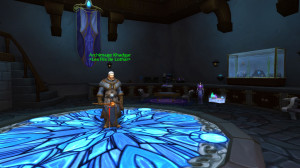 Once safely, the Archmage wants to test us and create a link with us through ... a ring of course!

First of all, you have to go and find the base of the ring on the Great sage Viryx (Traitor's Arrows), located in the Orée-du-Ciel dungeon (in normal and heroic mode). Once in possession of this ring, return to Khadgar's tower and listen to the Archmage speak and explain to you his project (Khadgar's task), which is to stop Gul'dan and his Shadow Council. At the end of his speech, he will offer you to take an epic ilvl 640 ring (some are not displayed in-game depending on your class):

The recipe continues and as Khadgar explains to us, the primitive forces are still accessible in Draenor and he will send us to look for them. Before that make sure you have reached item level 610.

Khadgar is still a little deceitful and failed to give us an item to find (Confront Teron'gor) that is to say the corrupted blood of Teron'gor that we can defeat in the heroic mode of Auchindoun . 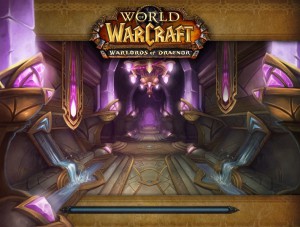 The ingredients are ready for Khadgar to mix them up. Through a new quest (Eyes of the Archmage), you will have to protect him while he uses a divination spell. He then tells us that Garrosh Hellscream has been freed by a dragon named Kairozdormu. So you go hunting him north of the Arena of Trials in Nagrand (The Fugitive Dragon). You then meet another bronze dragon (Chromie) and together you set off in the footsteps of Kairozdormu (The story of the dragon).

The chapter is about to end and you will face the spirit of Kairozdormu (Tarnished Bronze): choose a role with Archmage Khadgar and go. At the end of this quest, you will receive the achievement Chapter I: Call of the Archmage.

The start of the second chapter is rather simple since it is simply necessary to return to Zangarra to see the archmage so that he improves your ring to level 680 (Unleashed Power):

For the moment we only know the following 2 quests (The fall of the empire and Inheritance of the wizarding kings) which will ask us to recover several objects, in particular in raid and on the last boss of the Highmaul raid, the Imperator Mar'gok , in any difficulty mode:

Remember that apart from raiding enemies, you can find Stones among 5 rare 24-hour Garrison missions (Rigged !, What is it for ?, Rock the boat, terror and Lost in the tares).

Chapter III: The fall of the foundry

This new chapter will allow you to upgrade your ring to item level 710:

To be able to do this, you will need to complete 4 quests in the Blackrock Foundry:

Once these quests are completed, you'll be treated to a few innocent quests with cutscenes, and the ring will be yours!

The next stage of the legendary quests, available since Update 6.1, will not allow you to upgrade your ring this time, but will unlock a new subject: Garona.

She will be recruited with an average item level of 630 and benefits from Ally of Argus for the Alliance and Spawn of Draenor for the Horde.

To unlock it, you will need to complete several quests (their name is subject to change, not yet available in spanish on Wowhead):

Once these quests are completed, Garona will be yours!


Do you want to be up to date and know all the tricks for your video games? In gamesmanagers.com we enjoy playing as much as you do and for that reason we offer you the best tricks, secrets or tips for you to play non-stop. We offer you quality content and always updated to keep you up to date. That's why, in our website, you will find not only videogame guides but also tricks, secrets and thousands of tips so you can play to the limit. Are you ready to get it? Enter now and enjoy your videogame!
The Exiled - The Abandoned Valley Awaits You ❯

Add a comment from WoW - Warlords of Draenor Legendary Quest