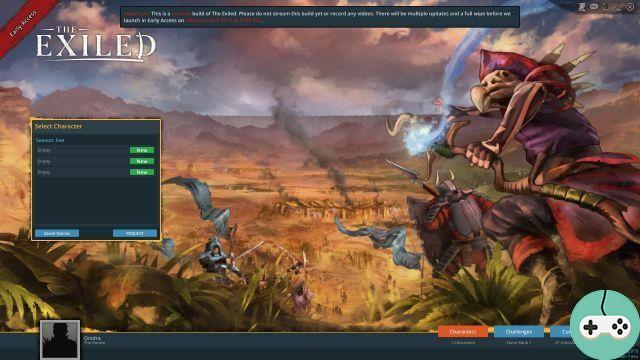 We have been following for a while this game formerly called Das Tal, now known as The Exiled. We were discussing with its developer especially during the last gamescom. Now is the time to take the MMO PvP to its most critical phase, the Steam Early Access launch!

The game is special in that the worlds are temporary and under constant threat. So, I hope you are not the type to get too attached to your character, because one day or another, death will strike him (after a few weeks to a few months). Each world, each server, is accessible to thousands of players (2000 if all goes according to plan) who must together ensure that the enemy threat is repelled. To better achieve this, there is the possibility of creating clans, guilds, to be stronger, to create camps and to defend themselves. Because the other players are not all friends in the valley where Player versus Player is free.

Nothing is ever acquired, any loot in our character's inventory, any camp of a clan, is in danger in the event of defeat against another player. The game is, however, designed to give novice players a reasonable chance not to lose everything, giving everyone the chance to have fun in a risk-controlled environment. 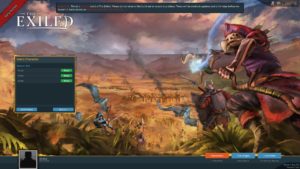 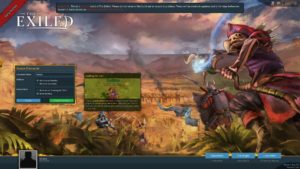 As a preview, I was able to play a few days before this launch, on almost empty worlds, allowing me to visit without any threat. Which is pretty cool, because the developers have yet to provide "journalist" status with immunity to take pictures in peace! So, when you start in The Exiled after creating your character and choosing a few options, you land in a small tutorial. The character moves with the keys of the WASD keyboard (this will require changing your keyboard to QWERTY or going through the options, all the keys being configurable), knowing that the character systematically moves in the direction of the mouse (and can therefore turn their backs on us if we wish). 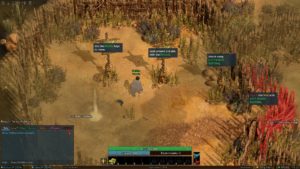 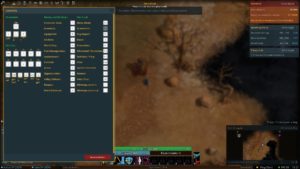 A wall allows you to test the first attacks that are launched from the base by clicking with the left click. A little later, other attacks are unlocked and are launched with the nearby keys Q, E, R and F. To collect loot or interact with elements, it's the Space key. 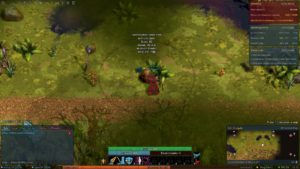 The controls are a bit surprising at first, but very quickly it turns out to be efficient and enjoyable. Knowing that the attacks affect everyone, enemy as well as friend. Thus, when it is necessary to protect a place, I understood, a little too late moreover, that my attacks destroyed the point and that I made myself lose. Okay, depending on revenge, and it's certainly better to learn it now than later with player allies! 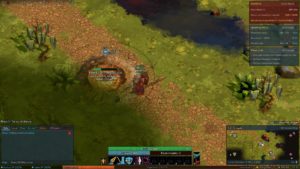 Another peculiarity, the possibility of hiding in the vegetation to get out of the sight of the monsters. It's a lot of fun and rather funny to see the enemies managed by the AI ​​wandering around stupidly looking for me when I am very close! I also remember the developer telling me that enemies follow in certain terrain (like snow).

Then, I was quickly blocked, having no clans, and no other players to help me donate to be able to progress and create buildings (or a bridge as on the capture on the right). Totally sandboxed, the game does not offer any quest, just suggested tasks to accomplish, a sort of extension of the tutorial to guide the lost player (displayed on the right of the screen). Everything else is then up to the players. 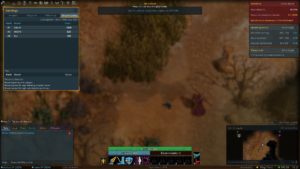 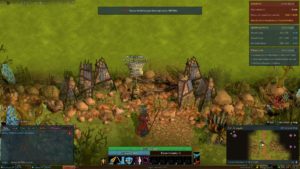 Truly promising, with nice graphics and original game mechanics, The Exiled has it all. The big question now comes from the community. Because it is also the weakness of such a title which is based exclusively on the willingness of the players to respect the rules. Will we have involved clans capable of sustaining and animating the servers? Or on the contrary will the lack of population lead to recurring concerns? Impossible to say but, if you love PvP and are not afraid of a new challenge with your friends, then follow this game closely and why not start right now? You can play for free for 7 days, then invest in the first pack which is available for only € 19,99 (no other subscription cost).

Add a comment from The Exiled - The Abandoned Valley Awaits You