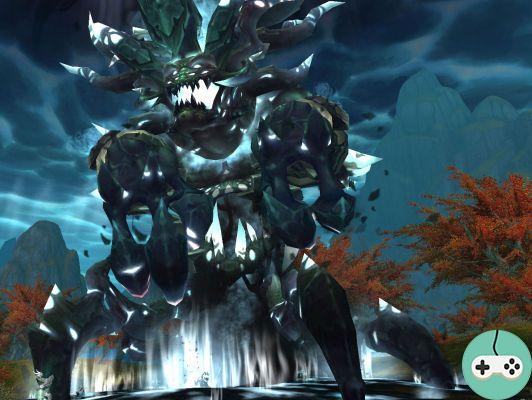 Every 15 minutes (initially 2 hours) a boss, the Sha of Wrath (261M hit points), appears at the top of Kun-Lai, in one of the 5 random places below (recognizable because corrupted with many small avengers shas): 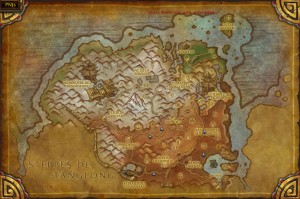 You can kill him as many times as you want, but only the first kill of the week (starting Wednesday) can offer loot. There are 14 third-party PvE gear or Season 12 PvP gear on it. The less fortunate collect a cache of sha-touched gold. I've only had gold in it so far, it looks like some people have picked up PvP gear as well (tbc). As with all bosses, you can use a token to try to get additional loot.

The strategy of this world boss is rather simple, the most difficult is to obtain the tag for his group, it is indeed rare to see at peak times 3-4 raid groups (of 40 people) created by faction, so you imagine the competition:

A group of about thirty is enough to defeat it, if you don't have time or it is too late to find many people, do not necessarily try to group 40 people. When he arrives, a mist forms and he shouts "Give in to your anger". Tanks, get ready, everything now depends on your readiness to hit it. First come, first served. Of course, to maximize the chances of obtaining it, it is advisable to divide between the 5 spawn points with a person capable of tanking it for a few moments as soon as it spawns. 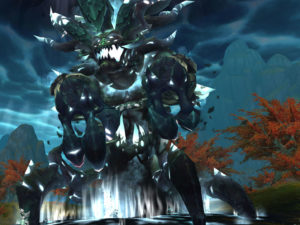 Once the fight begins and the boss belongs to your group, everything should be fine, it does a lot of damage and it quickly becomes chaos but it is not in itself very difficult. You just have to comply with the following order: mind controls, adds then bosses.

The boss regularly checks certain players (growing anger): it suffices to kill them half of their life (more is useless). Small shas, ​​called wrathful, arrive throughout the fight, it is advisable to kill them so as not to be overwhelmed. The other tanks must imperatively take care of it, otherwise the healers may succumb. Finally, he places areas on the ground, bitter thoughts, from which we must of course move away.

As you can see above, the screen becomes black and white when in contact with the Sha (in reality, when we are on the corruption zone where it happens because this is also the case when the Sha n is not there).

The first time you kill him, in addition to an achievement, he gives a quest (you have to collect him from Claw of Wrath). 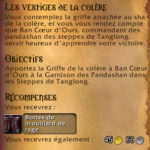 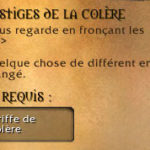 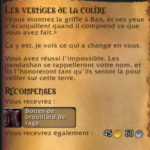 When you get to the Pansahan Garrison in the Townlong Steppes, this quest gives magnificent 476 boots as a reward:

I suspect you killed him already, tell me your Sha stories!

Add a comment from WoW - World Boss: Sha of Wrath