November 2016 is a good month for Albion Online, the Sandbox MMORPG, as it offers its fourth big update. It is indeed for this November 23, 2016 that the developers of Sandbox Interactive wanted to implement the last big changes and improvements as well as consequent novelties in order to further increase the quality of the game. And this for the greatest pleasure of players. The Faye update therefore reports many added features and content.

As announced at the launch of the final beta on August 1, it was a question of adding new biomes each with their own particularities in terms of resources, creatures, inhabitants and atmosphere. Today we find the ultimate and the long-awaited last biome: the brand new Forest biome.

Just like other biomes, this one has its own universe and its peculiarities.

The player who gets lost will be able to evolve in three characteristic atmospheres of degree of dangerousness, from the most "welcoming" to the most sinister. Green (T1 to T4), Red (T5 to T6) and Mortes (T7 to T8) forests; meet the dangerous heretics and the Guardians of Albion in charge of the protection of nature, fauna and magical flora. Wood, rock and leather will be the main resources to be harvested there. Creatures will also be present there, from the most harmless (rabbits, foxes, etc.) to the most dangerous such as the dark wolf, the dark boar or even the dark bear which keeps the scars of past confrontations. The magic will be there by the presence of ancient spirits who take possession of trees which can surprise the reckless player at the bends of a path and inflict great damage on him. 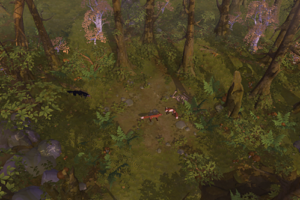 Watchtowers and the Malus Bandit

The guards ensuring the protection of the cities against any intrusions coming from the PvP zones have been relieved of their function and replaced by watchtowers in order to prevent any bandits from entering the "safe" zone. It is also this new Bandit malus status that will impact any player who does not respect certain rules of decorum vis-à-vis casual players. Bandits will be denied access to towns and may be wiped out by watchtowers. 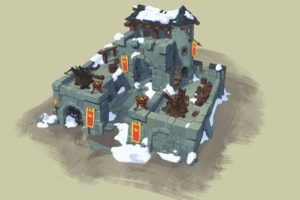 The refinement of essences

Each defeated enemy will allow the victorious to recover essences necessary for the refinements of resources. And since the fragments of artifacts have been converted into magical materials (Runes, Souls, and Relics), the essences can, by transmutation, become Runes, then Souls, then Relics. 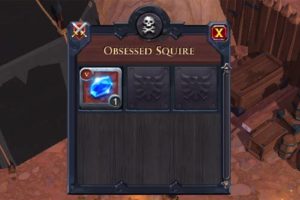 Now transmutation will be done directly via the refining buildings. All transmutators can be destroyed in order to recover resources. Likewise, transmuting to a higher tier will no longer require silvers, but the use of resources. 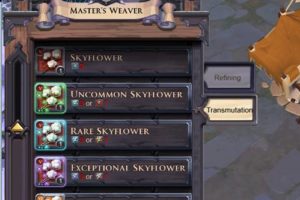 From November 23, buildings will suffer daily damage. The player will therefore have to pay attention to the state of his structures and compensate for their degradation by renovations or by demoting them to lower levels, or quite simply by demolishing them permanently. After the 10% durability milestone, the building will no longer be usable, so the player has to make a choice on an improvement, a repair or a demolition (which can make it possible to recover resources). 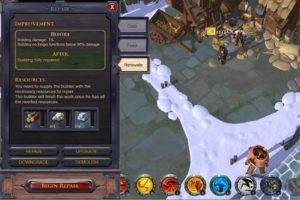 As a bonus, Damned Mages and Frost Mages will be given a new specific spell: The Cursed Sickle on the Damned Staff inflicting a curse of infamy on affected enemies and the Ray of Frost on the Frost Staff which will gradually slow down the spell. progress of enemies.

No less than 10 emotes have been added to give more animation to the characters by allowing them to cry, laugh, dance, greet or come to attention! 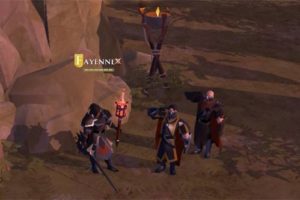 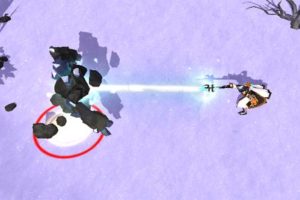 In a more general framework, new integrations have emerged in order to improve the immersion and the playing comfort for the players.

Albion Online has been added a total of 19 audio tracks to mark the atmosphere of the territories, as well as many ambient sounds and effects to make the game even more alive. 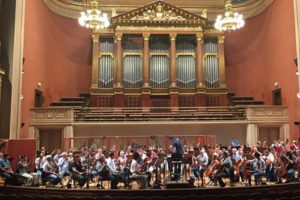 At the visual level

By activating the Badge out of scope option, any player will have the opportunity to be alerted to the arrival of other players even before they materialize on the screen. And the function of the Persistent Mount will allow players to keep its charge bonus, even if they are no longer on it, to get back in the saddle quickly if necessary and above all to allow it to escape in case the player is thrown off. 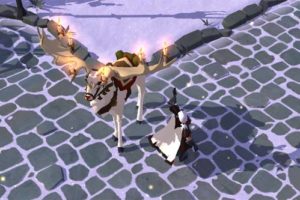 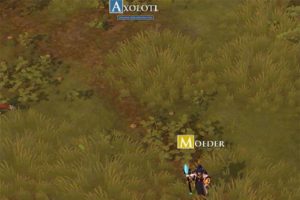 At the ergonomic level

A new chat channel is born, a search option on the world map to facilitate location, furniture chests have been increased in load limit and, even better, the possibility of automatically refusing duels….

The little surprise of the Faye update is that we are coming soon to the holidays and the end of the year celebrations. For the occasion, the developers had fun! They have decided to mark the occasion with the winter season which will be full of decorations and lights as well as many odds and ends such as fireworks and snowballs ... But the one that will mark the player, by far, it will be the possibility of obtaining a T4 mount with specific paces: the Yule Deer. 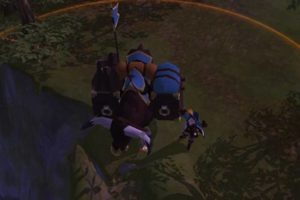