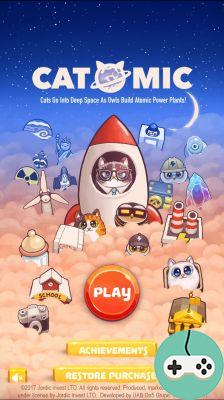 A few weeks ago I received a letter from a ... cat. Yes yes, you read that right, of a cat!

I received a postcard from a Lithuanian cat ... He is going to launch a game it seems ... Strange ... #cat #mobilegame #postalcard

The developer was quick to contact me and I had access to the game before it launched. 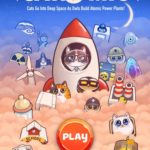 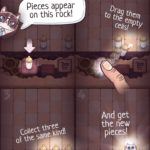 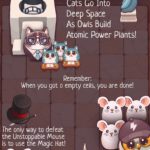 A short tutorial explains the principle of the game. You will see, it seems complicated, but it is rather simple after a few minutes. So in the middle at the bottom come pieces. Here, they are bottles. This element must be positioned somewhere on the grid and, if at least three elements are connected, they will evolve. 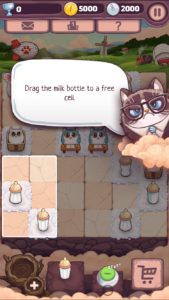 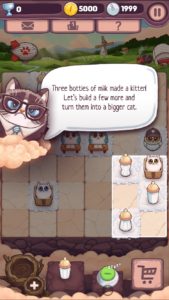 So, if I place a bottle at the bottom left, it will turn into a pretty white kitten like on the right. White kittens will become blue cats. 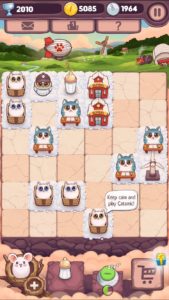 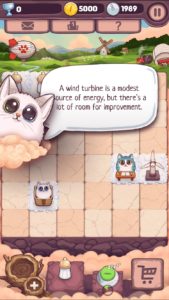 The blue cats will evolve in schools. Then schools will become educated cats (the ones with student hats on their heads). They combine in university and, afterwards, I do not really know, because I have not managed to go further. The ones with the caps, (in the left corner) are the product of mice. 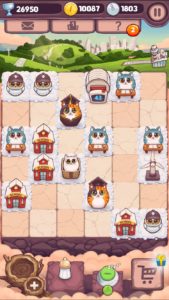 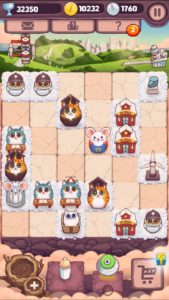 But there are also some pretty pesky pieces, like the raccoon that drinks the kittens' milk! Or the mice that walk on the grid and have to be caged before they can be combined with others (you have to succeed in trapping them, most of the time using feeding bottles, which suddenly do not necessarily end up in the perfect place). There are even worse, mice that jump all over the place and require the use of a specific object (the hat) to stop them. 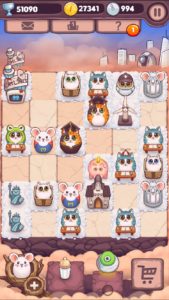 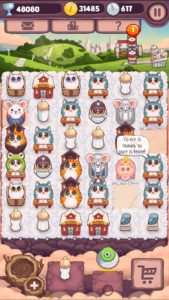 At the bottom left of the left screenshot, you may have noticed the top of the Statue of Liberty, the bottom of which is in the right screenshot. By successfully rebuilding the statue, it gives points. You also notice original elements in the left corner of the left capture, but also on the left one a row higher: these are elements that advance in the little story of the progression of cats towards their conquest of the space !

To simplify the game, there are special items in a small dedicated shop, to be purchased for gold earned in-game with each successful combination (the total of which is displayed at the top). You can also buy this currency for real money if you feel like it. In addition, there is the kind of green bubble (called UFO) of limited use which offers the opportunity to catch an element and place it elsewhere on the grid. 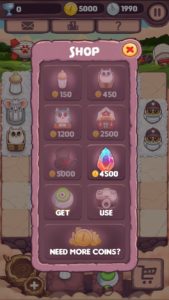 There are fun achievements that unlock in-game. 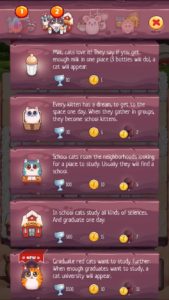 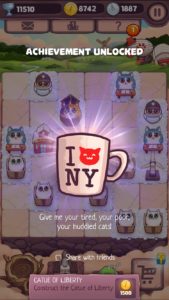 And a ranking to oppose other players! 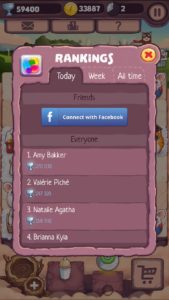 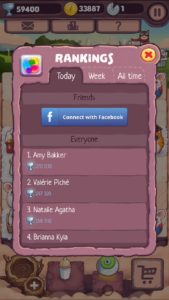 As you will understand from the introduction, this cat likes to send postcards. And these cards aren't just for journalists! Indeed, you will be able to obtain the object in game and gain the right to receive a postcard if you agree to give your contact details. 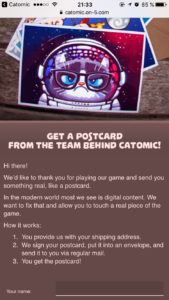 On the monetization side, the game is completely free. On the other hand, you have to pay for:

Really cool, Catomic is a devilishly addicting game. Even if it is offered for free, to really benefit from it, you have to plan to invest in the infinite movements, because the 100 movements start quickly, very quickly, too quickly. Especially since the game initially offers a few thousand free movements, which suddenly forces you to limit yourself. Weaning is difficult! Other than that, I loved playing Catomic and I recommend it to you without hesitation!

Add a comment from Catomic - A very meow and addicting puzzle