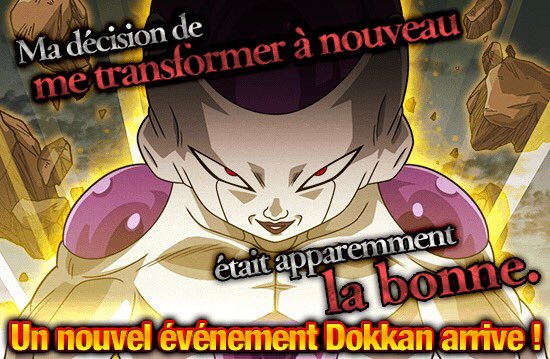 For a few days now, a new Dokkan event has arrived on the Global version of Dokkan Battle. As always, I will offer you a guide to tackle the different difficulty levels as effectively as possible. The Golden Freezer TEC is considered a half-god tier on the power scale with many strengths both as a leader (all stats + 100%) but also as a tank (damage received -70%).

The new Dokkan events do not evolve a single character, that of Frieza will allow you to evolve 4 characters: 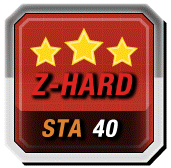 I will only talk about the SUPER difficulty since the opponents of the previous difficulty are the same. However, you should know that the last fight of each difficulty will not be a classic fight but rather a race. You will have 2 turns to kill your opponent or the fight will be over (the ghost gatekeeper object delays the deadline and the sighted granny will reset the counter to zero).

The different opponents, apart from the TEC freezer, are not very complicated even if they hit hard enough in special attack. The solutions are quite simple, you will need a mono-color team as well as a special attacks blocker or a few characters that can stun your opponent. The F2P teams are complicated on this event as the last phase requires a lot of damage in a minimum of time. Here are different teams functioning properly:

Some explanations and possible changes on the different teams above to fully understand the changes and the boss fight:

The mono-INT team is especially effective on the event given that your biggest opponent is TEC type which will allow you to reduce the damage you will suffer but also to inflict quite significant damage. Buuhan will be your main strike force, bringing a significant regeneration of life. The only downside is the last phase where your strike force can be limited enough to kill him in time. Try to keep a ghost to save a turn.

The Buuhan as a leader is not compulsory in itself but highly recommended. If you don't have it, you would have to take a KI + 3 INT leader like Thalés or Gohan Ultime. The rest of the team can also be changed to support characters for your main damage dealing characters. As said before, your difficulty will remain the last freezer to fight where the more your strike force is weak, the more difficult you will have to finish the fight.

Conversely, the mono-AGI team can become complicated to manage during the TEC phase since you will take a lot of damage. One of the easiest solutions is to be able to block your opponent's special attack continuously with Murasaki. You can also take one or more tanks like Goku SSJ3 to withstand Frieza's special attacks. The Frieza of the last phase not attacking, you will not be able to counter his attack which will reduce your strike force.

The changes in this team are quite minor given that the team is well supplied. Possible solutions are the addition of characters that can reduce the damage you can suffer (Goku SSJ3, Golden Freezer ...) or even big hitters (Goku SSBK ...).

The final team is built in such a way that every aspect of the fight is covered. Your opponents having little or no defensive barriers, your two Gogeta will be there to quickly lower the points of life. The other INT-type characters will be there to contain the TEC Freezer. Janemba will serve as your tank and Bardock will allow you to cancel special attacks. Since you don't have a lot of hit points, mistakes are not allowed.

The changes are quite complicated in this team considering that the team is not already one of the most optimized for this fight. Thalés can be replaced by Blue or Babidi for example. Regarding the special attacks blocker, you can take a character of another type like Buutenks (who binds very well with Gogeta).