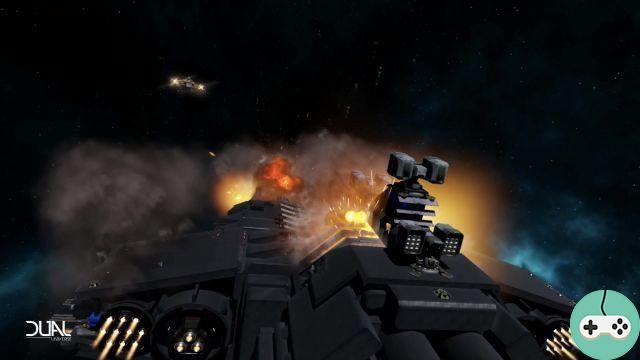 I've been interested in Dual Universe since its Kickstarter campaign, which was funded on October 11, 2016, which means it's been a while! The MMORPG which is being built little by little in the premises of Novaquark, shared between Montreal and Paris, aims to offer a real emerging universe to its players, with the possibility of building everything: warehouses, factories, cities, spaceships, stations orbitals ... Thanks to voxels and LUA scripts, anything is possible! Even though I have had access to the game for a long time, thanks to personal funding, an NDA is still in place for almost 2 months ... So, of course, I will of course here just talk to you about what we are doing. was presented during the session a little more than an hour during which Jean-Christophe Baillie and Baptiste Agatinous presented us the PvP on alpha 3, and all in spanish! 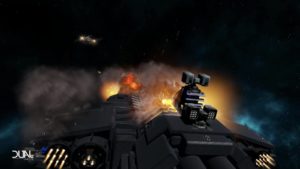 Weapons have recently been added to the game with 4 types: submachine gun, laser, cannon and missile. Each has its advantages and disadvantages, knowing that not all weapons have access to all types of ammunition. Thus, the missile launcher has a limited range and a long cooldown, but it deals a lot of damage. Weapons are available in 4 sizes, to fit all structures. Of course, as players are free to create the structures they want (called constructs), this is ultimately the only constraint able to limit the number of weapons used on a ship. An effective construct will have to optimize the space available to be adapted to all situations, in terms of installed weapons and armor, all necessarily influencing the number of players required for handling.

What's special about PvP is that there is no arbitrary health bar here. One shot inflicts true damage to structure voxels, depending on the angle of attack as well as the resistance of the armor to the ammunition used. More than ever, the selection of materials is therefore very important and a poorly designed ship may find itself in a situation where it has no weapon capable of damaging its enemy. 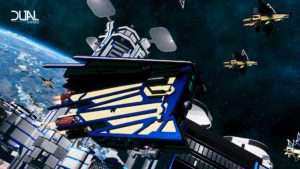 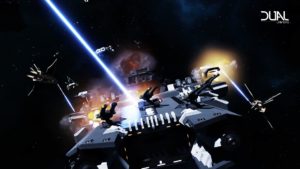 During the demo, we had the presentation of the basic elements necessary for combat. It all starts with the choice of weapon which, moreover, can be used on the ground as well as in space, opening the way for offensive land vehicles. It is then necessary to install a seat of marksman which connects to the weapon. The acquisition of targets goes through a radar, which becomes the eyes of the players in a combat situation. This radar is also connected to the seat, so that the skirmisher is able to use it. Finally, the last link is between the weapon and the container that contains the ammunition. In the middle of a fight, the targeting system seems particularly accessible: the radar lists nearby targets, allowing the player at the combat station to assign weapons to launch hostilities. This choice of "lock & fire" was made in order to avoid the latency problems inherent in a global server. 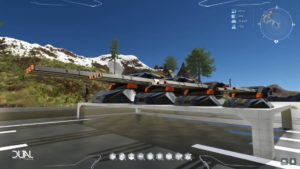 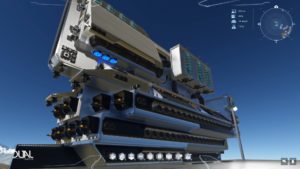 We then had the right to a demonstration of combat in real situation, involving about fifteen players, attacking a space base, and the immersion is impressive. A large ship arrives to pound the base and the damage is visible to players in the station, with the flames appearing through the windows. Small vessels then join the fight, taking advantage of their mobility to attack the sensitive points of the large building. Until finally one of the protagonists escapes aboard a small ship, fleeing through the stars. 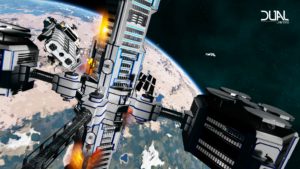 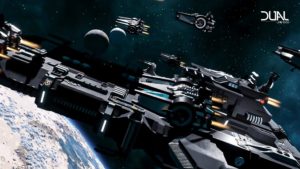 As with mining or architecture, talents are of course dedicated to combat. A very important role in the battle falls in particular to the pilot, who will have to boost his natural talent with the choice of the right skills in play. Cooperation between the players is essential, of the mechanic who puts his life on the line to repair damaged systems even if this leads him to go out under heavy fire (he can fortunately configure his resurrection point on the ship beforehand to return there in the event of an accident), until the player who makes sure that the ammunition is not lacking. 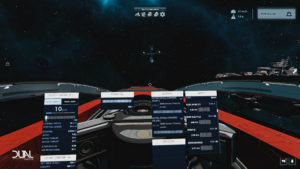 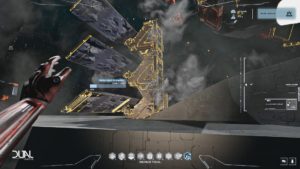 When the fight is over, the winner recovers everything that is on the battlefield, with any more or less intact ships that may have been abandoned. As long as he retains control of the area, he can therefore take advantage of it to recover resources and technologies. On the other hand, if a damaged ship is not repaired, little by little, it finds itself caught up in the gravity of nearby planets and, in the long term, it will fall on the surface. As in Star Wars, it will therefore not be rare to find abandoned wrecks on the surface! It should be noted that there is a repair system, allowing a ship to be restored to a previous state, such as a photo that would have been taken before combat. Of course, it will cost resources, nothing is free when you wage war! Among the improvements planned in the more or less short term: the installation of electronic countermeasures and territory combat on the surface of the planets.

Peaceful or solo players may want to stay in Sanctuary Moons, where PvP is not allowed. A system of rights is in place on constructs (entities controlled by players, whether mobile or not) to avoid unauthorized external intervention and guarantee the peace of the players. The market is a good way to acquire resources available only in dangerous terrain. Finally, an interesting system is in development: mercenarism. Unlike the artificial quests of many games, the principle here is to offer the opportunity to players to ask others to bring them specific resources, to transport goods or to escort a ship to an area. . Nothing that actually differs from a lot of quests, except that here the need is dictated by the players themselves. The interest is twofold, as a solo player will be able to use the system as much to collect things that he could not acquire on his own as to put his services on sale, perhaps the opportunity to start a new relationship of deal with an organization. 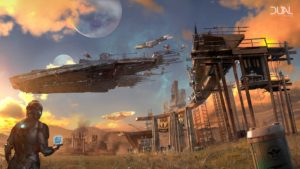 The only quests will probably be related to the tutorial, without going very far. There is, however, a general history embedded in the universe, with a common thread. Ruins will be added to the planets, and explorers can try to figure out what mysteries are hidden among the stars.

What will happen if an organization grows too powerful? Novaquark doesn't have an established answer, but its goal is clear: Everyone should be able to have fun. Defense is already privileged, so that aggression is not the simplest and most lucrative solution. The most pragmatic players will therefore seek above all to favor diplomacy and trade. In addition, the solar system already contains 12 planets, it is a vast area, very large, too large to be dominated by a single entity. If, despite everything, an organization succeeds, the studio does not rule out the possibility of increasing the travel time, even why not of directly influencing the game. By making an analogy that everyone will understand: if ever the Empire came to establish its supremacy, everything will be done so that the Rebels have the weapons to bring down the Death Star! It is also important to note that the universe will keep getting bigger, with more solar systems in the future, with more and more opportunities. 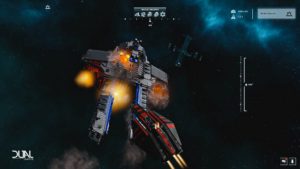 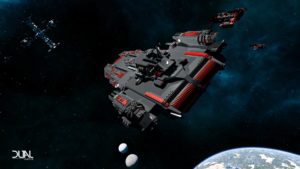 Novaquark recently announced that the beta will launch on August 27, when the NDA drops, and the subscription business model will kick in, with three options available at launch (and more to come afterwards):

Alpha version backers will receive beta access for free. This announcement was finally the occasion to unveil an introductory cutscene, illustrating the story of the inhabitants of the Earth traveling to the far reaches of the universe to rebuild their society on an unknown planet, after the destruction of the Earth by a star neutrons.

Wildstar - Do you know Agent Voxine?

Add a comment from Dual Universe - Time for arms