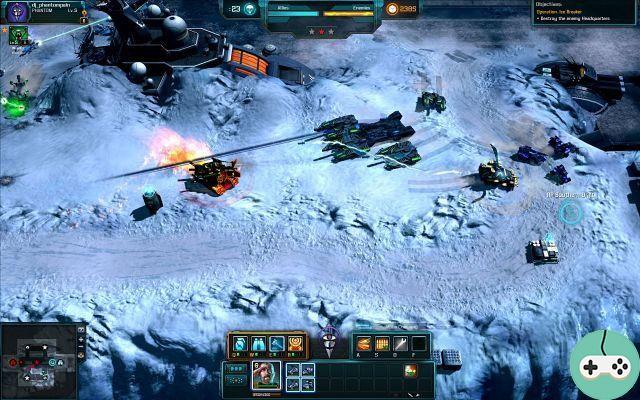 The RTSGuru site had the opportunity to discuss with Scot Lane the recent revelations concerning End of Nations and in particular its change of genre. 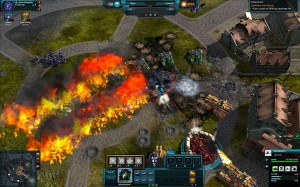 Thank you ! So one of the biggest changes everyone is talking about is the gender shift. What do you mean by MOBA RTS and what changes can people who played previous betas or closely followed the game expect?
You're right, there is a lot of talk about gender change, but to clarify all that, the game hasn't changed that much. We have focused the game on heroes and the biggest change is in the tactics side. A big worry we had before was about battles and tactics that didn't change because everyone was doing the exact same thing from start to finish. The addition of tactical levels opens the door to new strategies throughout the battle. Combat is very similar, but faster, and we've made a lot of UI changes. We don't think we drastically changed the basics of the game, we focused on the parts that we thought were best and removed the stuff that wasn't working.

How has the role of heroes evolved? Can you take some time to tell us about your new vision for heroes and companies?
Heroes are the focal point of battles. They are very powerful, but some will improve your units as well. Each hero has four abilities, some are active abilities (you click on them to make things happen) and others are passive (like increasing speed for you and your units). Each technique has four different levels which can increase the strength as well as the influence of your company, so the game and tactics will change dramatically during battle.

The first time around, there was a lot of feedback that the gameplay didn't change during the game: players didn't actually build new units and didn't manage upgrades. Have you taken this concern into account, and if so, how?
As I mentioned above, the gameplay changes during the game.

Unit mods are still in-game or have they been ... changed?
Absolutely, and they are a big part of unit management. Mods are items that you can add to Heroes, Units, or Turrets to improve their abilities. They can grant more damage, resistance, vision, speed, and a lot more, including combinations. As your command level increases, your units will gain mod slots and access to better mods. Cards will have mailboxes that can hold mods and you can get them as card rewards. At launch, there will be over 200 mods. 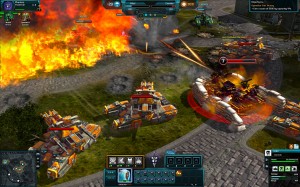 Can we still have Bacon tanks? This is certainly one of the most important questions.
What is certain is that anything at Bacon = cool. We'll make sure to include Bacon skins.

A fairly controversial feature of the early version of End of Nations was about elite companies: pre-built companies with their heroes, units, and abilities. Many players felt that they were useful for a few levels but did not adapt well to the high level. Will we still see elite companies and how did you address this concern?
There are no more elite companies, that was something that didn't make sense in the game anymore. In this regard, we also removed the marks from the game. If you remember, all units had MK1, II, and III versions. We have simplified this, if you buy an MK1 it will automatically improve like if you bought an MKII.

Last year, End of Nations was planned ahead of the launch of the new version of Command and Conquer, Company of Heroes 2, and many other MOBA and RTS titles. Now the market is a little more crowded. how do you think End of Nations fits into the bigger RTS landscape, and can you tell us what you're going to do to stand out?
The market is more crowded now, but the game we are releasing today is much better. We think our game is different enough from others to stand out. 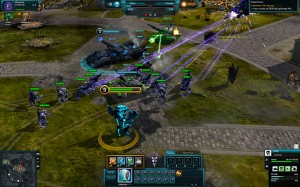 More generally, what is the future direction of End of Nations? How do you plan to evolve the game over time?
The goal is to work closely with the people who play and let their habits and demands drive the direction of the game. The team plans to be very active on the forums and work with the players.

Do you have one last concluding thing to say?
We are really proud of the new version of End of Nations and hope you will! You can sign up for the alpha at www.endofnations.com!


Do you want to be up to date and know all the tricks for your video games? In gamesmanagers.com we enjoy playing as much as you do and for that reason we offer you the best tricks, secrets or tips for you to play non-stop. We offer you quality content and always updated to keep you up to date. That's why, in our website, you will find not only videogame guides but also tricks, secrets and thousands of tips so you can play to the limit. Are you ready to get it? Enter now and enjoy your videogame!
SWTOR - PCM - The Exchange Guild ❯

GW2 - "The head of the serpent" preview

Add a comment from EoN: Scot Lane with RTSGuru