As you probably noticed when you got to veteran level, the difficulty of PvE is suddenly higher. And this is even more the case during dungeons or raids. Dungeon and Raid bosses will require your party to be able to maintain high damage over time.

The Elder Scrolls Online being certainly one of the games that gives you the most possibilities in the personalization of the skills of your avatar, there is no question here of classes or models to follow. We are just going to cover some techniques and spells that are useful for everyone, which will make it easier for you to overcome the trials that lie ahead. 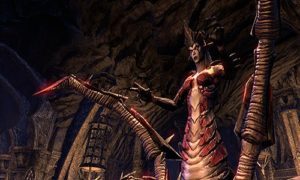 For those who browse the English-speaking forums a bit, you have certainly already heard of "Weaving" or "Animation Cancellation". This technique, quite simple to perform, significantly improves your damage average for all classes.

In principle, each time you trigger a skill or a simple weapon attack, your character animates to perform this attack. This animation takes a while. However, before the end of this animation, the effect is already being felt on your enemy.

Interrupting animation therefore consists of triggering your attack and letting the animation go just far enough for the attack to hit your enemy, then interrupting this animation with another skill. The damage gain will therefore come from the fact that an attack takes less time than expected and that you can therefore chain them faster.

In The Elder Scrolls Online, here is the priority of the skills to perform animation interruptions:


In fact, a light attack from your weapon takes little more than the time of one click to apply its effects on your target. If just after this click, you use a skill, you will thus have for an overall time almost identical to that of a skill two attacks carried on your target.

It takes a bit of getting used to this technique, but addons like Foundry Tactical Combat may help you identify light / heavy attacks more easily. In general, preceding the use of one of your skills with a light attack with interrupted animation will be an undeniable asset during the tests.

The caps and the reviews

If for your main statistics, going beyond the first level (soft cap) will often prove necessary, you must take care not to overload them too much and reach the second level. Fortunately, there are some stats or effects in the game that are not subject to these tiers.

There are no thresholds for your critical rate or critical damage. Unlike many MMORPGs where the critical rate is incremented after 30%, here you can easily achieve critical rates above 50%. In TESO, there are physical critics and magic critics, it will be necessary to take the distinction into account according to the skills you use because if in some cases, the two evolve in parallel, in most, only one of these two statistics will be increased. .

Here are the main ways to increase your crit rates:

It is not uncommon to come across players at the veteran level with a critical rate above 60%, which in fact increases the damage of all your attacks by more than 30%!

It is not necessarily the spells with the larger numbers that are the most useful. Most fights last more than 20 seconds, it is important to consider the damage over time (dot) and the damage / resource cost ratio.

To help you in this process, you can calculate the DPTE (damage per runtime) of your different spells in a fairly simple way. you just need to perform the following calculation:

The overall damage is the sum of the damage inflicted by the skill, both live and over time. You must add the bonus due to your critical rate, by choosing the critical rate on which the skill depends. Finally, we divide it by the execution time (or cast time), knowing that an instant spell has, in reality, an execution time of one second.

Do some math and you will certainly have surprises. If you want to go a little further, you can also take into account the cost of the spell to get the best return, managing your resources (mana, stamina) also taking time in play. 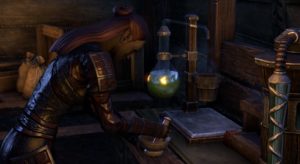 Again, these are essentials during a raid. Increase the damage of your skills, your critical rate (which can go up to 100% with potions) or increase / regeneration of your statistics, it is almost imperative to have some before leaving, at least in raid.

Remember that you are in a group

Last section of this guide that doesn't directly refer to increasing your damage, though. When playing in a group, you obviously have to adapt your skills. For example, survival skills that you use in solo are not necessarily useful in a group anymore, since a healer will be there to take care of you.

On the other hand, you certainly have abilities that have an effect on the party, and while they don't directly increase your damage, they do increase your party's damage. Synergies, mitigations of damage (veil of blade for the lamenoires or the standard of the dragon knights for example) will be a real plus in a group.

Finally, I'm going to tell you about a spell, little used solo but which makes perfect sense in a group, Spell Symmetry from the Mages Guild. With the correct passive, you sacrifice a portion of your life for a certain amount of magic, while also gaining a reduction in the cost of your next skill and increasing the damage of that skill by 20% (guild power passive). This skill will allow you to stay afloat in magic, the damage taken being regenerated by the healer (s) of your group.

add a comment of ESO - Optimized damage at veteran level