Fearful Symmetry & The Cursed Prince - Symmetry put to the test! 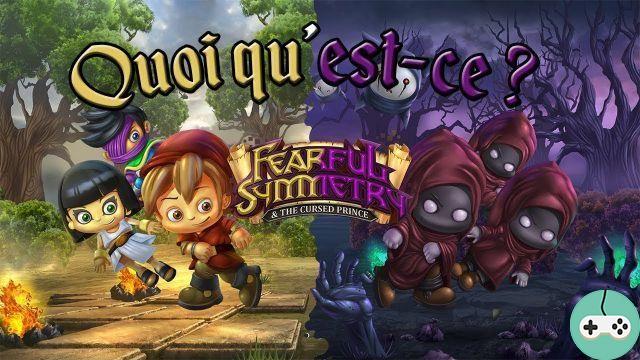 Fearful Symmetry & The Cursed Prince is a game developed by Gamera Interactive, published by SOEDESCO Publishing and released on December 12, 2017.

Fearful Symmetry has a little history. It is hardly very developed, nor very important, the game being a puzzle game in which we link different levels. Moreover, it can be summed up in a few lines:

A character one day decides to steal the "Scrolls of Symmetry", which are known to carry curses. As he escapes with the scrolls, in the next world, another character appears, mysterious, hooded and sent on a mission to "find salvation". 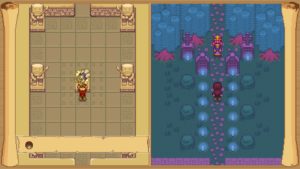 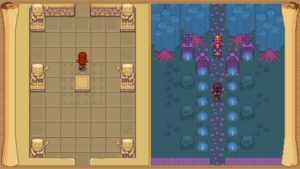 The game is therefore a succession of “puzzle” level to be solved. But where it differs from the usual games is that we control not one, but two characters in "mirror" and simultaneously.

The game is, as the name suggests, symmetrical. The screen is divided in two, with the left part which is "normal", the "world of light" and the right part, the "world of darkness" which is the mirror of the first. But that only concerns the movements, the construction of the levels is different. Which adds an additional difficulty. The goal of the game is to get the two characters to exit the level, but be careful, the slightest mistake will kill one or the other of the characters, or even both, and you will have to start all over. 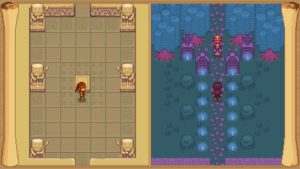 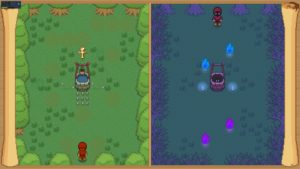 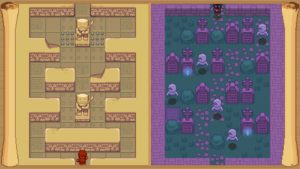 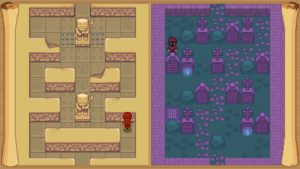 But this is only the first difficulty. The second difficulty comes from the fact that each part has different traps and paths. The first few levels are pretty straightforward, the path will be the same for both characters, but as you go it gets more complicated. It will be necessary, for example, to block one of the characters to continue moving the second so that it reaches a desired location without the first moving and dying, because its path is different. 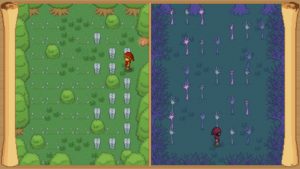 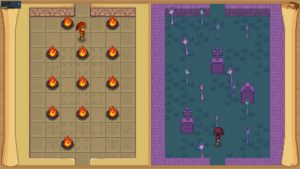 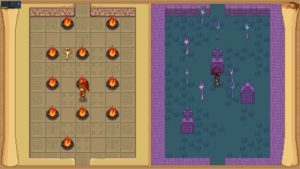 The levels will be full of traps and elements of the scenery that will block the characters. We thus find the eternal pikes on the ground, arrows shot from the wall, but also wolf traps, hidden holes, ghosts that appear without shouting guard, etc. It will also be necessary to use pressure plates, switch, etc. in order to free the paths. Most often, the switch is in one world and clears the way into the other world. 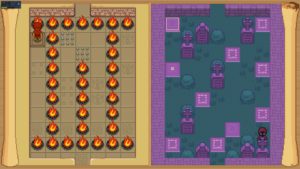 The game also offers to play 3 characters in the "world of light". The first is a "normal" character, who does not have any special abilities. The second character makes it possible to burn elements around him by throwing a small ball of blue fire. The last one allows you to jump over a square. Each character will be played in the same levels, but will thus allow them to be achieved in different ways and even to collect ânkh [“bonuses” which only serve to reach the “100%”] otherwise inaccessible with another. 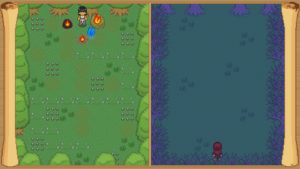 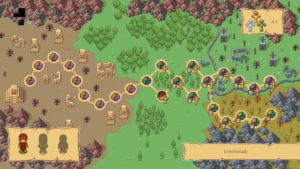 Fortunately, the difficulty is increasing and in a "calm" manner. That is to say that we do not go from an easy level to a very complicated level. Small flaw [in my case] is that we are, in many levels, obliged to die and retry to succeed in achieving them, because the traps are invisible until the we fall into it. I would have preferred that all the levels could be solved other than by memorizing by heart and stupidly the locations of the various traps.

As for the graphics, it's pixel art. I find the game well done and pretty, without achieving excellence, but for a game like this, it “gets the job done”.

As for the sound, the music is good, but it quickly becomes annoying, because there is indeed only one music during the levels. It quickly becomes off-putting and hits the system in the long run.

And finally, optimization. The game has nothing to do with that. No bugs, no crashes or nothing. This is quite normal, considering that it is a "small" game which does not require a racehorse. You can even play it without problem on a laptop.

Fearful Symmetry & The Cursed Prince is a good, entertaining little puzzle game that will give you a few hours of play. It will take you about 4 hours to complete the levels with the first character. Having 2 other characters who, even if they evolve in the same levels, offers a little replayability in the fact that it is possible to achieve the levels differently thanks to the skills linked to the characters.

Add a comment from Fearful Symmetry & The Cursed Prince - Symmetry put to the test!