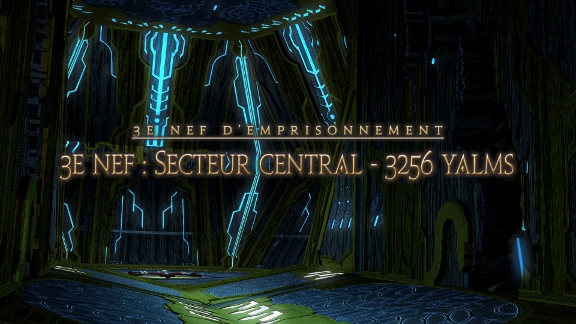 Here is the third challenge of the Meanders of Bahamut: Bio-Treant 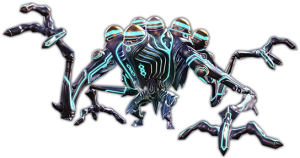 Warning on your way, you may come across Control sphere, they will spawn monsters that will have to be killed.

I recommend a team with 5 DPS. Indeed, Bio-Treant is a boss at DPS check. If after 11 minutes you did not kill him, the latter will do a spell called Atomic radius which will result in the death of all players.

Thanks to this composition, the bard will be able to cast Ballad of the Magus to help healers during combat.

I will start with the attacks of Bio-Tréant:

To prevent the shackled players from dying, it is necessary that within 10 seconds, 3 players stand in the big circle and 2 players in the small to prevent their death (hindered players count). 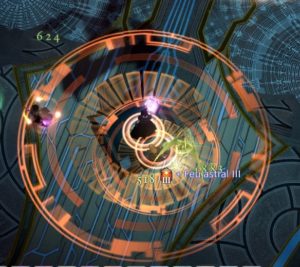 In the image above, there is a large and a small circle and since the two hobbled players are together, only one additional player was needed in the large circle.

4 traps will activate as the boss advances. These are towers that can be found at each corner of the combat zone: north, south, west, east.

The first to activate is the southern one : the battleship tower. This last one is exactly the same monster that you already encountered during your confrontation with the 4th floor of the Bahamut labyrinth. The Tank will take it back and the healers will have to be careful of the damage taken by the latter. 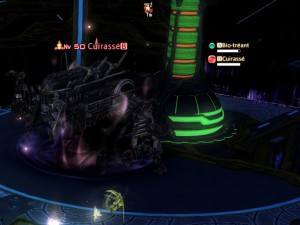 The second is the tower West : the mine tower. It will spawn 3 mines in the room. Several people in the raid will each go and set off the mines because, if they stay in the room, their explosions will destroy the whole raid. Be careful, it inflicts more than 2500 points of damage and throws back. The tank will take care of the mines on its side. 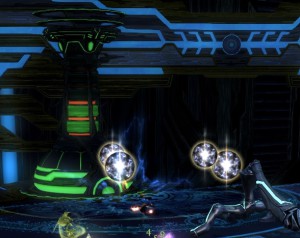 The third and fourth are the Tower East et North part: these are zone explosion towers. The explosion inflicts between 2500 and 3000 damage. 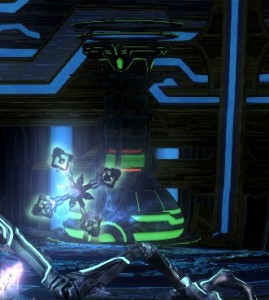 By default, a tower is activated 60 seconds after its appearance. The delay before activation can be visualized by the rise of the green gauge of the tower. Every 15 seconds, it takes a rank, you have 5 graduations before the explosion of the tower. It is also possible to speed up the activation of a tower by making it take a level (15 seconds). To do this, a player must enter the electrified area in front of the tower. The player activating the tower takes a spell Vital agonies, it will take 1500 damage points and last 2 minutes. There must be no more than 2 Vital Agony Debuffs on a player.

When two turns pass the same level, at the same time, the boss gains a charge, which allows him to hit 10% harder and receive 10% less damage. You absolutely must not leave two towers at the same level.

And there you have it, the ascent to the next floor is for you!

add a comment of FFXIV - Meanders of Bahamut - Tour 8