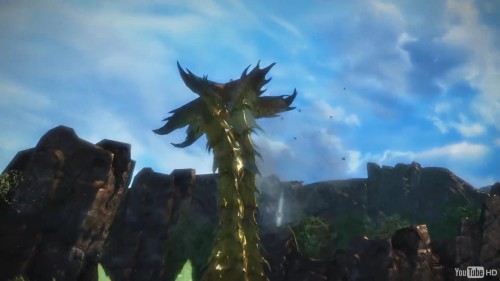 With the new update, a new World Boss is born: the Great Jungle Wurm in the Blood Tide Coast. 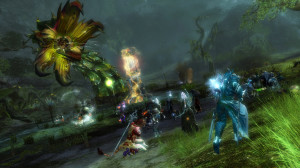 Meet at crossing point of the estuary monitoring station in order to escort 3 teams of watchmen to the new probes to study what they revealed. 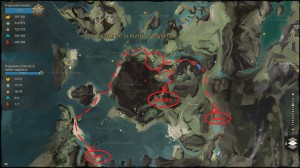 During the escort, you will have successes to do, different depending on the escort you are doing: 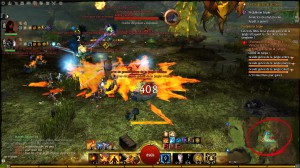 It is at the level of the probes that the 3 heads of the guivres will arrive. There is a different strategy for each head. But be careful, no matter which head you choose, there are always loads of monsters, most of them champions. You will not be able to take care of killing them, the priority is to bring down the boss!

You have 15 minutes to kill the 3 heads.

The Wurm has a "slippery skin" ability that protects it from all damage. To remove it, you have to feed it. For that, it will be necessary to locate the abominations in the mass of monsters. 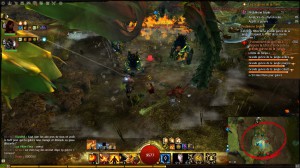 The goal of these 20 people being to be eaten by the head of the wurm, you will have to stay there for a while. Plan for stability so as not to be propelled by the partially digested envelopes! In addition they will try to take away the bait you are carrying, use the nutrients so as not to lose them (the nutrients have a mushroom appearance). 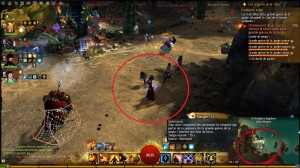 Be careful not to ingest several nutrients so as not to have a penalty!

Once the head of the wurm has eaten all 20 people, you will find yourself in its body, so take the harpoon on the adventurer's corpse. 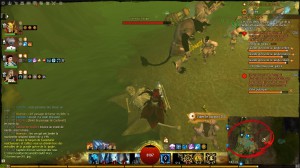 Then kill the wurm's mouth and exit its body. 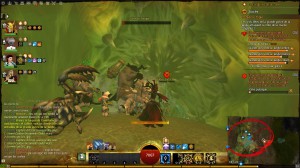 Once outside, the 20 people with the harpoon must shoot the boss to completely remove its invulnerability (be careful, the harpoon only hasone shot once outside the body), each shot causing the boss's slippery skin to drop by one unit. You will then have between 20 and 30 seconds to hit the boss before he gets his invulnerability again. And it all starts again!


It is useful to provide a group specializing in alterations to kill partially digested envelopes because they have a lot of robustness.

It also takes about ten people to kill the Wurm Eggs.


The Wurm has a "slippery skin" ability that protects it from all damage. To remove it, you have to load the 3 essence extractors located around the boss. To do this, you will have to switch to phytotoxins. There are 3 types of phytotoxins: blue, yellow and red. There is a colored drop symbol above them. 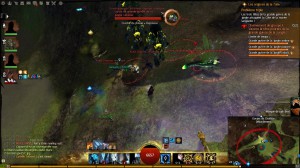 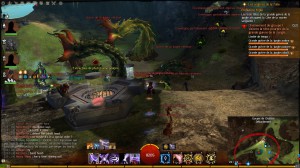 When the 3 extractors are loaded, the wurm loses its invulnerability, give all you have! It will be necessary to repeat the operation several times until his death. 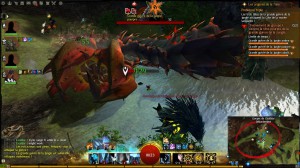 The Wurm has a "slippery skin" ability that protects it from all damage. To remove it, you will have to place 20 barrels of explosives in front of it, at the level of the red arrow. 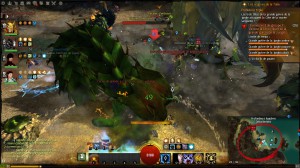 You will have to place the 20 barrels at the same time for the wurm to eat them all and lose its invulnerability. To bring the barrels, there are 3 places to take them, but only one is active at a time. It is indicated on the map where to take it by a red barrel symbol. 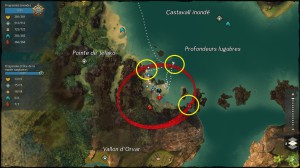 When you have a barrel in your hands, be careful not to fall into the water or you will lose it, and you will not be able to resume a barrel immediately. Of the 3 places where you can take the barrels, there are 2 where you will have to walk along a beam or jump on floating crates to avoid falling into the water. 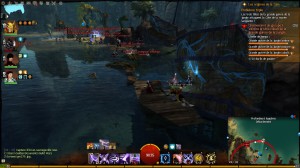 If there are any errors, changes or clarifications to be made, send me an email. Please feel free to send me your screenshots of the boss as well!

Thanks to Muranil for detailed explanations of the Amber head!